A broadcast journalist, media pioneer and digital communication leader, Willow Bay is the dean of the USC Annenberg School for Communication and Journalism. The first female dean of USC Annenberg, Bay oversees more than 200 faculty and staff, and more than 2,500 undergraduate and graduate students across the fields of communication, journalism, public relations and public diplomacy.

As dean, Bay has led academic and research innovations while strengthening USC Annenberg’s connections with the communication fields. She launched a series of curricular improvements, including an expansion of the school’s experiential education and career development programs. Since her installation in 2017, Bay also has focused on advancing the school’s portfolio of innovative research that delivers insights, challenges assumptions and offers knowledge-based solutions to drive change. She has increased USC Annenberg’s partnerships with its industries of practice as well as bolstered the school’s academic and financial foundations through endowed support for faculty chairs, student success, diversity in journalism, and conversations amplifying mental health.

Bay has increased Annenberg’s public engagement around critical issues such as the role of communication technology in advancing equity and access, digital media literacy, gender equity in media and communication, and sports and social change. A skilled television interviewer, Bay has also led conversations with a number of global influencers, including former U.S. Secretary of State Hillary Clinton, Microsoft CEO Satya Nadella and His Holiness the Dalai Lama. She has also attracted highly visible speakers to campus, including Jorge Ramos, Oprah Winfrey and Maverick Carter.

Prior to her role as dean, Bay spent three years as director of the USC Annenberg School of Journalism (2014–'17) and guided the 2014 launch of the state-of-the-art media center in Wallis Annenberg Hall, a newsroom, classroom and incubator of new ideas open to students across the university. During that time, she also introduced the school’s new Bachelor of Arts in Journalism degree program and welcomed the first cohort of the school’s nine-month Master of Science in Journalism program.

Bay’s academic and industry engagement is focused on the intersection of media, technology and business. Building on research from her first book, Talking to Your Kids in Tough Times: How to Answer Your Child’s Questions about the World We Live In (Warner Books, 2003), she is the co-author of a series of global research reports on the impact of mobile technologies on teens and parents titled “The New Normal.”

Bay came to USC Annenberg from her post as senior editor and senior strategic advisor of The Huffington Post, where she managed editorial content and growth initiatives for the pioneering online news site. Her prominent broadcast experience includes reporting and anchoring for ABC News’ Good Morning America/Sunday and serving as a correspondent for Good Morning America and World News Weekend. She was the first woman to co-anchor CNN’s flagship daily financial news program Moneyline. At NBC, she co-hosted NBA Inside Stuff, the NBA's weekly magazine show, and served as a correspondent for the Today Show. In addition, she was a special correspondent for Bloomberg TV and host of Women to Watch, a primetime program that profiled the next generation of women leaders.

Dean’s message Office of the Dean 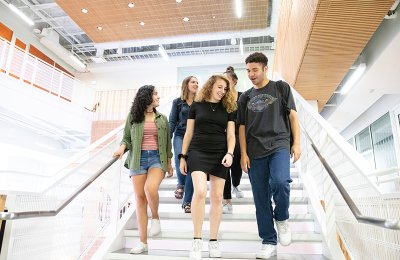 Creating a powerful data-driven infrastructure that will allow us to advance student success, curricular innovation and dynamic connections to our industries of practice. 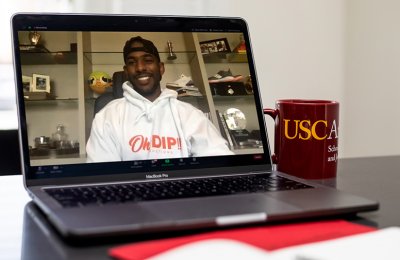 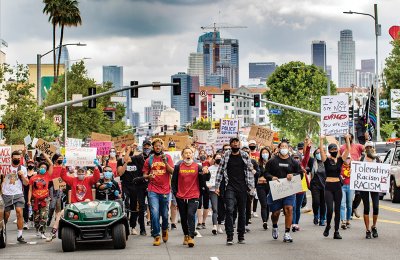 Bringing teaching, scholarship and practice to confront racial inequality and to combat polarization. 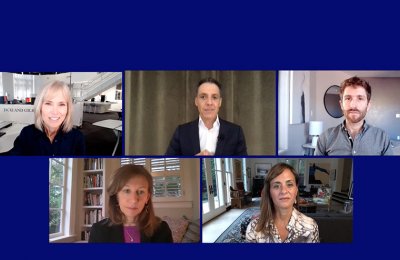 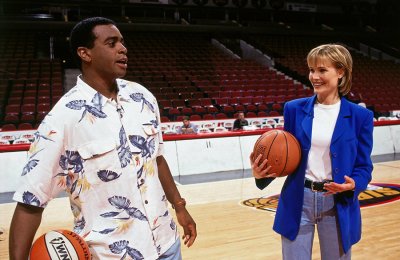 The Wide World of Sports

Paving the way for what women can accomplish in sports and journalism. 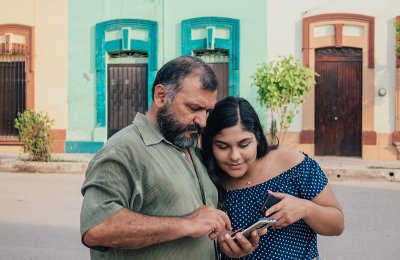 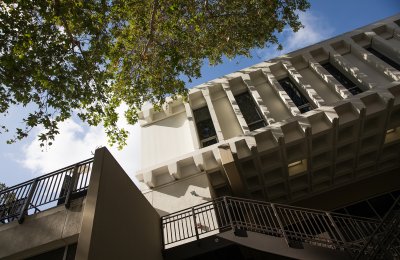 Highlighting the accomplishments of our extraordinary community in the 2021 Dean’s Report. 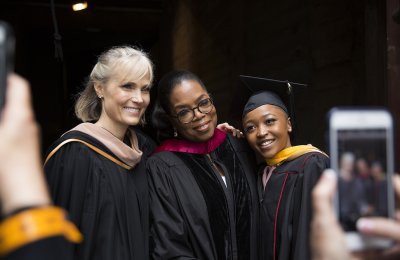 Celebrating the Class of 2018 with global media leader and Commencement speaker Oprah Winfrey. 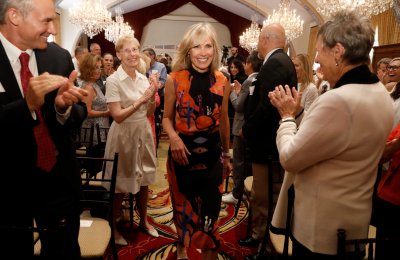 This Is Our Moment

Delivering installation remarks as the third dean of USC Annenberg.