When USC Annenberg student Joan Miller (Ph.D Communications ‘20) was a young girl, she didn’t see herself represented in cartoons or in geek culture.

Fast forward to a packed room in Wallis Annenberg Hall during the week of June 20, and Miller joined 19 other Ph.D students from across the country for the third annual USC Annenberg Summer Doctoral Institute on Difference in Media and Culture. The week-long conference, organized by the Institute for Diversity and Empowerment at Annenberg (IDEA), allowed participants to discuss research and work-in-progress examining race, gender, and difference.

For Miller, the event was a unique opportunity to change the culture that excluded her as a young fan.

“I feel a responsibility to do what I can to welcome women and people of color into geek culture, to elevate the status of geeky texts and especially video games,” she said. “I love comic conventions for their ability to unite huge groups of fans into one place for a celebration of our culture, but they can also be fraught with difficulties for women and people of color.”

Students research topics ranged from celebrity chef “bro” culture to writings by women in prison and their advocates.  Banet-Weiser, who has participated in the conference each year, said the diversity of the projects and subject matter is something she looks forward to every year.

For Banet-Weiser, the event is also an important opportunity for students to hone their doctoral dissertations.

“Here you have, for a week, these seven faculty members who have been doing research on this...plus a community of students who are also doing like-minded research, or at least research that has as a goal setting difference in the media,” she said. “It’s like you have this dream team committee and a writing group extraordinaire.”

USC Annenberg’s Miller presented research on gender and diversity in the cosplay world at various comic conventions, including the San Diego Comic Con.

“I’d like to add as much as I can to the existing literature and do my best to paint a broader picture of geek culture conventions throughout North America.”

Guy Harrison, from Arizona State University, is researching how the sports media industry is gendered.

“One of the things I became immediately drawn to is the way in which the sports media industry, especially as a profession, is very gendered,” Harrison said. “There are roles that are deemed more feminine and roles that are deemed more masculine. And the title “I don't want to be Erin Andrews” comes from a focus group I conducted with sports journalism students who some of them stated didn't want to be like Erin Andrews even though she’s the most famous in the sports media industry.”

Professor Frazier said the week-long institute helps students in different ways when it comes to feedback and critique.

“For the folks who are pretty far along, it’s far more about thinking through how to turn the dissertation into a book or how to put their book into conversation with other works in the field,” he said. “For the folks who are a little bit earlier in their study, I think it’s fruitful for them because it’s far more about folks strengthening their study.”

For Banet-Weiser, the goal of the conference is to build a community of peers around these issues.

“It’s hard for faculty to find that community and it’s hard for students,” she said. “This conference provides that kind of context for building community. You can see this in years past, the students have been together on panels.”

Please view the photo gallery of the conference below: 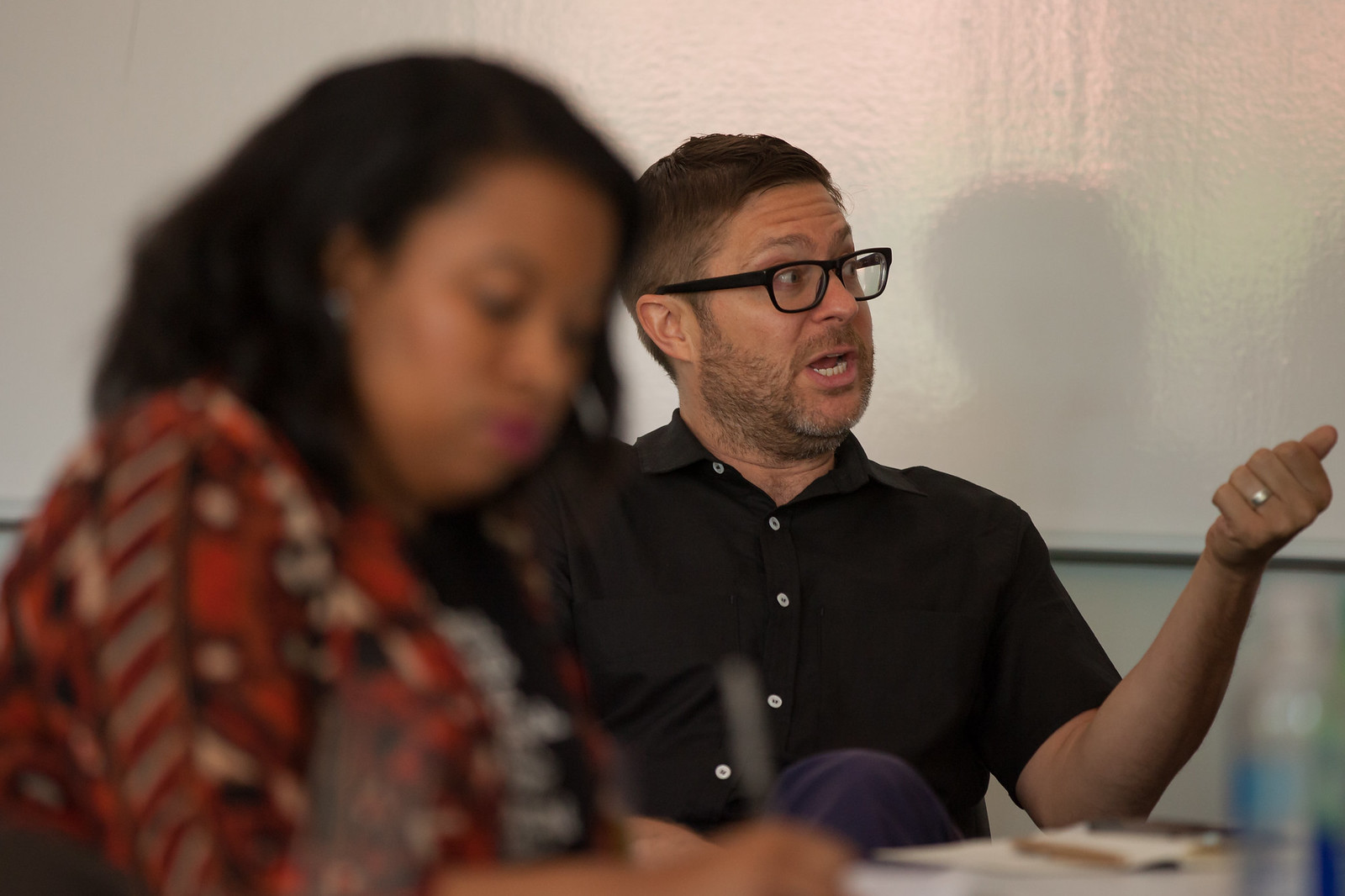