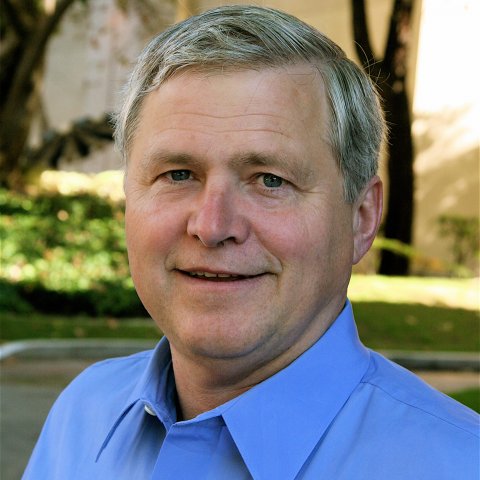 Tom Hollihan
USC Annenberg
As an expert in Pacific Rim politics, it only makes sense that USC Annenberg Communications Professor Tom Hollihan has embarked upon a whirlwind 30-day across China, Japan, Hong Kong and Taiwan to promote his newest book.

Hollihan will speak at 12 universities and research centers in Asia about his latest publication, “The Dispute Over the Diaoyu/Senkaku Islands: How Media Narratives Shape Public Opinion and Challenge the Global Order,” which examines the longstanding controversy between China and Japan regarding land annexation in the East China Sea.

“I’ve always been interested in international politics and media with regard to international topics,” Hollihan said. “What was clear to me was that there was a wide gap of misunderstanding among public audiences in China, Japan and the United States as a result of how the media in each nation reported on the controversy."

Hollihan worked with a research team of Chinese and Japanese scholars to better understand how media influences public opinion, and how citizens in both China and Japan understand the controversy over the islands. The team looked at how textbooks and government standards for teaching history have shaped the ongoing debate — and the differences are stark.

In addition to the gap of misunderstanding between the public and media of China and Japan, the dispute over the Diaoyu/Senkaku Islands is also a source of confusion for those in the US, at least for Americans who have even heard of the islands in the first place. This is significant, Hollihan said, because, if the China and Japan were ever to take military action over the islands, the United States’ security treaty with Japan would force the U.S. to become involved.

Due to many Americans current lack of knowledge about the islands, this action would likely be highly controversial. Therefore, Hollihan said, the purpose of his book is to educate a broader audience on the significance of the islands and the different sides of the debate over them.

“The [U.S.] media categorizes these islands as worthless and not worth fighting for, but in China and Japan, they’re important parts of the motherland,” Hollihan said, noting China and Japan’s coverage of the ongoing controversy has extended to social media platforms. “The affect of media statements and coverage has been to move social media users farther right and radicalize them, which makes it harder for the government to resolve conflict.”

At USC Annenberg, Hollihan is  a professor of argumentation, political communication, and media diplomacy, as well as the chair of the Executive Committee of the USC US-China Institute and a faculty fellow in the USC Center for Public Diplomacy and the USC Center for Communication Leadership. Additionally, as a visiting scholar at Renmin University, the Communication University of China, and Meiji University in Tokyo, Hollihan was uniquely qualified to write his latest book. 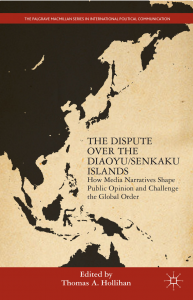 Dr. Patricia Riley, director of the Global Communication Master’s program, professor in USC Annenberg and USC Marshall School of Business and adjunct member of the East Asian Studies Center, also contributed to the book. Riley, who is Hollihan’s wife, will be touring and speaking around Asia over the next month as well.

Hollihan hopes his team’s research will help those in China, Japan and the United States better educate themselves on the controversy. Over the next month, Hollihan will be giving 15 talks in 30 days at universities and research centers across East Asia.

Though he’ll be thousands of miles from USC, Hollihan plans to meet with Annenberg alumni in various cities on his tour. And, given that USC is a premiere global research institution with a strong focus on China-related issues, he’ll never feel too far from home.

Most of Professor Hollihan’s lectures will be open to the public. His full speaking itinerary is as follows:

Sept. 18: Chinese University of Hong Kong, Kicking off the 50th Anniversary Celebration for the school