Participants of the Ms. Fembot 2016: An Un-Conference on Digital Tools for Civic Engagement pose for a photo in Wallis Annenberg Hall on Saturday, March 12, 2016.
Courtesy of Sarah Hamid
Event Recaps

While many students and faculty were away enjoying spring break, USC Annenberg played host to an ambitious group of coders, writers and digital scholars during Ms. Fembot 2016: An Un-Conference on Digital Tools for Civic Engagement on Saturday, March 12.

The day-long event was held in Wallis Annenberg Hall and presented by the Fembot Collective, Ms. magazine, the University of Oregon’s Center for Women and Society and the USC Annenberg Institute for Diversity and Empowerment at Annenberg (IDEA).

Ms. Fembot 2016 aimed to present girls and women with the digital tools for civic engagement through technology, and offered discussions and workshops on topics including digital archiving, data visualization, crowd mapping and more. Participants also contributed to the first chapters of Fembot’s forthcoming textbook on digital tools for civic engagement.

The day began with a livecast lecture and series of lightning talks by experts including Bryce Peake, Jeremiah Favara and Laura Strait that introduced six digital tools and ways to harness them for feminist scholarship, activism, and civic engagement. Of the six topics presented, attendees voted on those they wanted to write about for the textbook, and the top three were chosen to to explore further during workshops in the afternoon.

The three areas that participants chose to focus on were infographics, anonymous browsing and a DIY book scanner, though the other three topics will also be written about at a later time. The digital textbook will be published through Fembot’s open access platform in June.

Founded in 2009, the Fembot Collective brings together feminist activists, media scholars, artists, writers and others for feminist digital projects and the publication of the academic journal Ada: A Journal of Gender, New Media, and Technology. Fembot is based out of the University of Oregon School of Journalism and Communication, where it is directed by co-founder Carol Stabile, the Department Head of Women’s and Gender Studies at the university. Stabile helped organize the 2016 Fembot Un-Conference with University of Oregon student and Fembot webmistress Sarah Hamid, who ran a workshop about crowdmapping at the un-conference.

USC Annenberg faculty member Hye Jin Lee, who teaches classes on gender and media studies and hosts the Fembot podcast Books Aren’t Dead, acted as a liaison for the Fembot Collective team and was in attendance at the un-conference, as well.

In addition to collaboration between the Fembot Collective and Ms. magazine, the un-conference was presented by IDEA, a newly-launched program that combines scholars, research, and courses to examine diversity, identity and culture at USC Annenberg. The institute is led by School of Communication Director Sarah Banet-Weiser, and is sponsored by the James Irvine Foundation, Metro-Goldwyn-Mayer, The Normal Lear Foundation, and the USC Annenberg Dean’s Initiatives.

"The IDEA connection to the Fembot un-conference came about because the institute is committed to promoting faculty research on identity, diversity, and culture and fostering community engagement," Banet-Weiser said.

About 25 people participated in the 2016 Fembot Un-Conference, though the day’s activities were also live-tweeted and shared via Google Docs for those who wanted to participate but couldn’t attend in-person. The un-conference was also preceded by a Wikipedia edit-a-thon on Friday, March 11 at Ms. magazine in Beverly Hills, where participants aimed to contribute the histories, movements and ideas of women and minorities to the online encyclopedia.

Though the Fembot un-conference has been held in years past, including at USC Annenberg, Hamid said this year was the first time it was organized around producing a single piece of content — to great success.

“A little bit of structure really helped,” Hamid said. “My original view towards the un-conferences was to let creativity and chaos happen, but going in with a project and allowing it to be controlled chaos allowed us to take advantage of everything that the Annenberg community and Fembot community had to offer.”

An insider’s view: Maymester gives students a seat at the table 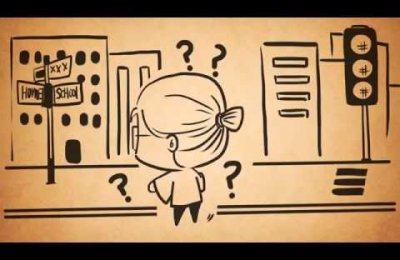