2016 Presidential Election: Where do we go from here?

USC Annenberg students, faculty and staff woke on Wednesday morning to one of the most historic and surprising outcomes to a presidential election in memory, with Republican nominee Donald Trump winning against Democrat Hillary Clinton for the highest office in the land.

On a startlingly close election night, Trump beat Clinton by 51 electoral votes. Republicans also held onto the Senate with 51 seats. 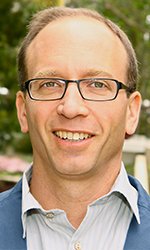 Gabriel Kahn
“I am struggling because I spent my entire professional life believing that reporting accurately about complicated issues has a benefit for society and democracy, and that it also has an economic value. And I think that’s all in question now.

The fact that a Presidential candidate had three or four newspaper endorsements including one from the KKK paper... So many of the pollsters blew this one and the media was predicting a completely different outcome. So is media relevant anymore? Legacy institutions, whether it’s the Republican and Democratic parties or large media organizations, are all really challenged at this moment, challenged for their relevance and the way they resonate.

There was a tremendous amount of media consumed in this campaign. The way the industry has shifted has, in my view, somewhat led to the kind of result we have today. When you have a social platform like Facebook, whose business model depends on maintaining interactions with the user and essentially reaffirms everything the user wants to have reaffirmed, the traditional role of the media to report facts is really diminished.”

Turner, lecturer in journalism, on addressing the climate when it comes to race relations: 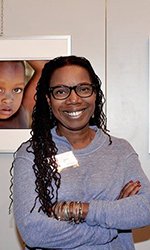 Miki Turner
“First of all, you should understand Donald Trump did not create this divide. America has never been a nation that fully embraced its collectives or celebrated those differences Although [Trump] is proposing to unite us again, I’m thinking it’s not possible on his watch. I think it’s possible on your watch. You will have to be the drum majors for this movement, just as Dr. Martin Luther King and Bobby Kennedy were. You will have to help impact the change. Are you ready for it? Because it’s in your lap right now.” 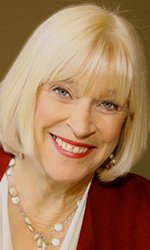 Judy Muller
“I think this is a shot across the bow for journalism schools. This is a real awakening on how important this job is. I’m talking about being the watchdog as you will be going out at a time when all branches of government are controlled by one party. This is what the press was born to do. As Thomas Jefferson said, 'If I had to choose between a country that had no government and a free press or no press and a free government, I would choose the no government and free press.' That’s how important it is. You have to ask the tough questions, speak truth to power. You can’t be timid. You've got to ask questions that might seem embarrassing at the time, you have to call people out.

On the flip side of that, for the people who aren’t journalism majors, we are teaching media and news literacy. It's never been more important because people seem to have lost their critical thinking skills. They are reading fake news sites, which are really abundant on Facebook and social media. We have to learn how to see what those are and not buy into them. If we teach this here in the university--and I would like to see every freshman required to take the course--we are making a smarter audience at the same time we are making a tougher journalist.”

Tenderich, professor of professional practice and associate director of the USC Center for Public Relations, on frustrations and analysis of what happened: 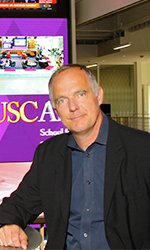 Burghardt Tenderich
“When I woke up this morning and looked at the media, I thought to myself: ‘Here we go again.’ It’s the elite talking to the elite. We are all of the elites. We are not America. I think the worst thing we can do is blame the people who voted for Trump yesterday. Yes, they are racists, yes, they are completely unfit people, clearly, but the majority who voted for him are people who don’t have what we have. They’re not the elite. We need to understand we live in a bubble.”

Seib, professor in journalism and communication, on what the news media should be doing moving forward: 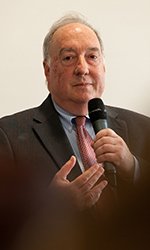 Philip Seib
“First off, they need to decide how to cover America better. One of the things that was clear in the reporting in the run-up to the election was there was the standard menu of coverage that would cite employment statistics, which are pretty good, gross domestic product, that’s pretty good. Lots of good news. They never really got to the core of the dissatisfaction. That’s what the drove the Trump candidacy. In terms of covering what America is, journalists will have to give a lot of thought to exactly what criteria they're looking at. Obviously, there’s a tremendous amount of anger out there, a tremendous amount of fear, and the news coverage, for the most part, missed all of that.

Another thing the news media need to do is cover America in the world. This was an 'America First' campaign. It was an isolationist campaign on the part of Trump. I would argue that’s unrealistic in terms of a globalized world these days, in terms of economy, defense issues and climate issues. That has not sunk in with the public. In the interim between the Cold War and today, the news media, both institutionally and in terms of the substance of their coverage, have not kept up. As Judy said, we have to be very forward looking in all of this.

As the United States plays a role in the decades to come, that's going to take some solid, explanatory journalism about the nature of the world. What is America? What is it that drives things forward? As Miki mentioned, racism didn’t suddenly emerge two weeks ago and drive the Trump campaign. There is a reluctance on the part of the news media to grapple with just what the American character is and to lead the public to reflect on that character. What should we be thinking about ourselves and how should we be defining ourselves? What should we be aspiring to? News coverage can’t dictate that but it can stimulate thinking about that. I think the news media has done a fairly poor job in terms of the intellectual aspiration to try to define what we are.”

Dean Wilson on asking ourselves what did we miss in the election? 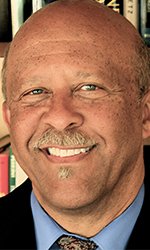 Dean Ernest J. Wilson III
“Why were we so wrong? It’s also pollsters who were really, really wrong. Did we get the analytics wrong? Or the detailed analysis, was that the problem? Or was it the framing of the problem? Was it more normative? Was it more about empathy?

Secondly, to echo what Phil said, we operate in a global economy in terms of trade and national security. I was reading The New York Times today and there was an article there that said foreign leaders supported Trump’s opponent on a 10 to one basis. What that suggests is that all of us should pay pretty close attention to the diplomacy language the new administration uses to try to address that deficit.

What does this mean for the Annenberg School? As a Dean of the School, I would welcome all of you to think about that. I hope this won’t be the last discussion that we have on this issue, but I think existentially we have got to ask what can we do as teachers and students and citizens so that we have a better understanding moving forward. Shouldn't that be engraved into the heart, into the DNA of the Annenberg School? I think we do a pretty good job, we do a very good job, but we have got to do better. Everyone has got to do better.

Final point: mea culpa, mea culpa. I did work on one of the campaigns. I learned a hell of a lot and I was particularly shocked this morning. I would urge each and every one of you to work on a campaign, a campaign for school board, a congressional campaign, a presidential or gubernatorial campaign because that’s one way you really learn how these things operate on the ground, who gets involved, who has authority, who doesn’t.”

School of Communication Director Banet-Weiser on mobilizing after the election: 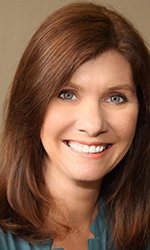 Sarah Banet-Weiser
“I taught a class last semester on gender and media and I want to say there are some students here who were in that class. I was so incredibly bolstered by my students because they formed feminist organizations, collaborative groups, coalition groups, anti-racism groups. [...] Use your anger. Do something. Organize. Get in a group and if you have any money at all, give it to Standing Rock or to BLM or to different centers around the nation who are fighting what happened yesterday. It’s not just about race, it’s not about gender, it’s about the intersection of gender, race and class. If you are in a privileged position because of your gender, race or class, your position can be folded into certain state structures with terrible, terrible efficiency. That’s what happened yesterday. But your generation didn’t vote for this. Now take that anger and organize and try to figure out a way to make another kind of structural change. If Donald Trump shook up the United States in the way that he has, that means shaking up can happen. And it’s kind of up to us to do that.” 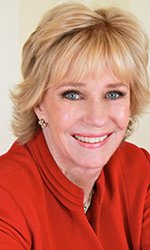 Mary Murphy
“I think journalists got it wrong from the moment he came down that elevator and made his announcement. Because when he did that I was talking to the Mark Burnett people. They said Trump is doing every single thing that we trained him to do as a celebrity. Donald Trump had the best media training of any person who has ever run for office.

The second thing I want to say is about reporting. I have been working on a book about digital journalism and I have been interviewing journalists all over America. And this is what they have said to me: ‘We can spend six months in the office, looking online and reading the reports and that’s a great base, but if we don’t go out there, if we are not knocking on the doors, if we are not talking to people, we never get the real story.’ I know, Gabe, you were thinking maybe this is the end of legacy journalism. I’m thinking it’s the renewal of the combination of digital and legacy. Because just as the Clinton people didn’t go to the Rust Belt, neither did the journalists and that is where we have to focus our attention. I’m talking about all the students. It’s great to do your work in here, but you better get out into that community and find out what’s really going on because that’s what we weren’t doing.”

Taplin, clinical professor of communication, on the use of propaganda in the campaign: 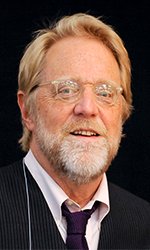 Jonathan Taplin
“Ernie you asked what could we do? I would suggest every student take a course with Nick Cull on the history of propaganda. Because Yale philosopher Jason Stanley said something this week: 'This campaign season has been an indictment of our understanding of mass communication. Either we lacked the ability or concepts to describe authoritarian propaganda, or we lacked the will. Either way, we must do better.' I just think we don’t understand how brilliantly the Trump campaign used the classic, fascist tropes to get an honestly disturbed public riled up. But anybody studying the ‘30s has seen it before. I think we have a media literacy problem here. If we’re not teaching people about propaganda and how it’s used, what good is it? What good is a school of mass communication?”

Please view the photo gallery below: 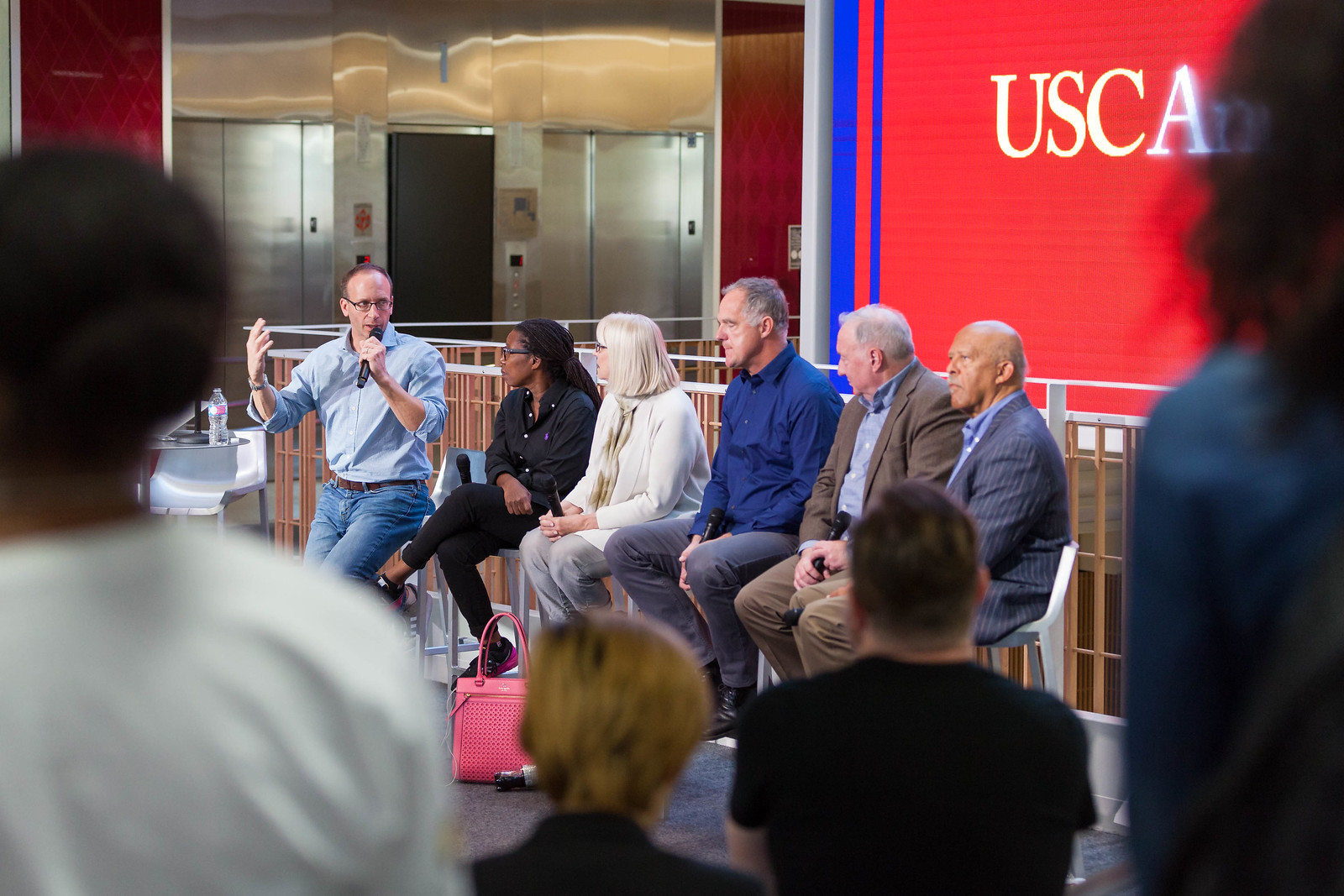