On October 21, USC Annenberg and the UCLA School of Theater, Film and Television co-organized a day-long public conversation about diversity and inclusion in television, film, comics, games, and other popular media.

For Annenberg doctoral student Joan Miller, (Ph.D Communication ‘20), “Transforming Hollywood 7: Diversifying Entertainment” was an opportunity to ‘mind meld’ Hollywood and academia in order to produce new solutions to the lack of diversity in the entertainment industry.

“I thought it was a good space to brainstorm ideas on how we can change the industry to be more representative,” Miller said. “Part of my dissertation is on how the industry might be more culturally sensitive and up-to-date.”

The conference, held in a packed ASCJ auditorium, consisted of four engaging panels ranging from a look at why inclusivity matters, moderated by associate professor Taj Frazier, to a look at how some parts of the industry are telling stories in new and innovative ways, led by Henry Jenkins, Provost Professor of Communication, Journalism, Cinematic Arts and Education.

Dean Ernest J. Wilson III opened the event by arguing that some of the most important and sharp-edged issues facing our nation, like diversity, inclusion, empowerment and impact, are being raised right now in everyday conversations.

Rosenberg said “Jessica Jones” grew from a question: Could women star in the type of complex stories that have previously been told about white, male characters? She cited “Dexter’s” eponymous lead as an example of that sort of complex white, male lead.

“I wanted to create a great superhero, but damaged, sort of like Iron Man,” Rosenberg said.

Rosenberg said there are a lot of female directors in the industry, and broke the news that all 13 episodes of the next “Jessica Jones” season would be directed by female directors.

Rosenberg said the entertainment industry can afford to put women both front and behind the camera on major box office hits because there is an enormous, untapped audience of girls and women.

“Women will go and see a movie five times, and buy the T-shirts, the CDs, the curling iron,” she said. “It always comes down to good stories. If you tell good stories that people want to see, women want to see, you'll get a massive audience.”

Rosenberg also had some advice for the aspiring directors, writers and producers in the audience.

“It’s a tough business obviously, and you really have to be able to take a hit,” she said “You’ll get rejected a lot. You’ll be fired so many times. So you have to be able to pick yourself up off the ground, get up and have delusional optimism.”

“I know inclusion is the hot topic, and I often bring the mood down and I talk about exclusion,” she said, adding that the study looked at companies and sought to answer how they were doing with inclusion on-screen and behind the camera.

“I’m not sure if the progress is at the pace everybody will like. But as long as you see movement, that’s always a good sign,” she said.

During a panel moderated by Frazier on why inclusivity matters, actress Bertila Damas, National Chair of the Ethnic Employment Opportunities Committee for SAG-AFTRA, said it matters because it allows people to go beyond their own fears.

“Inclusiveness is important in superseding fear, in encouraging education, encouraging the sameness—that although you look different than I, my goodness, aren’t we the same?” she said.

There was also discussion of where Hollywood has succeeded, which Jenkins especially wanted to highlight.

“We want to look at the potentials, where are the success stories, where are the examples where diversity is being introduced—and there’s real excitement and buzz about different stories reaching the air, film, comics and other media,” Jenkins said during the “How do we change the script?” panel.

One of the panelists, Nakul Dev Mahajan, dancer and choreographer for the TV show “So You Think You Can Dance,” said he’s had success with Bollywood dance on the show because it celebrates diversity and merges the east and west together.

“Bollywood is a mix and celebration of every style of dance today on earth. It’s not just the fingers, it’s everything,” Dev Mahajan said. “It’s been a privilege to bring something that's so close to my culture and to me.”

“The stakes are lower for the networks to experiment. They can make a pilot that doesn’t do well and don’t air it,” Stewart said. “We have entire episodes and series about American families—and they aren’t white people. We need those things. It is a reflection of the society we are living in. Just by virtue of putting it on the screen you’re elevating and legitimizing it.”

The “How do we change the script?” panel also discussed including diversity in the writer’s room. Javier Grillo-Marxuach, writer and producer for the TV show “Lost,” said everyone has a common experience of humanity.

Please see a photo gallery of the event below: 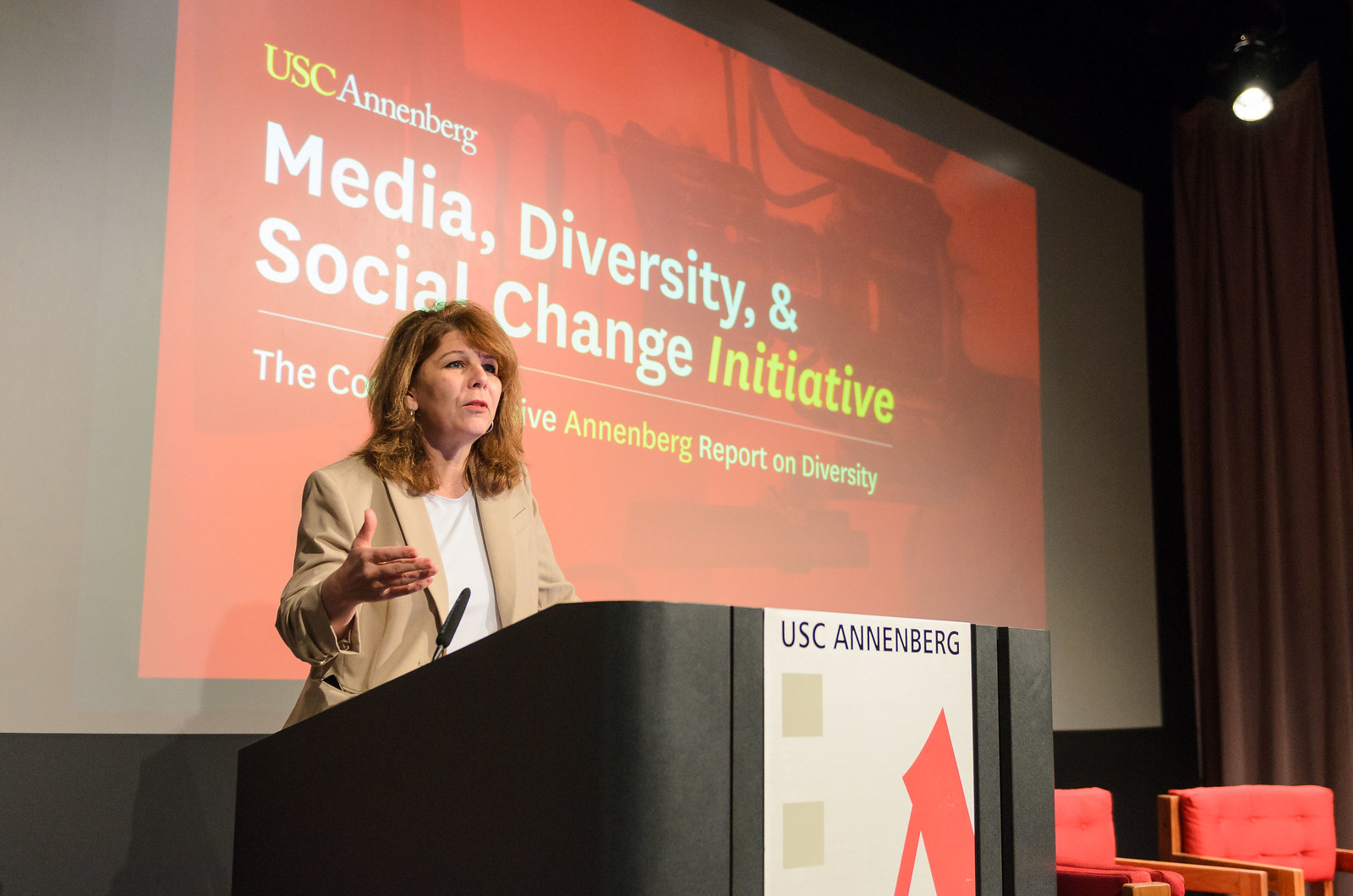