It’s 8:56 am on a dark and wintery Wednesday morning; this normally calls for a cozy day to stay under the covers. But in the world of public relations, most of the employees most likely pulled an all-nighter in their cubicles. My eyes immediately follow the trace of paperwork and thick binders leading to my desk space. Colorful sticky notes with hastily scrawled penmanship fill the borders of my desktop computer. There are about 45 unlabeled UPS boxes surrounding my table almost isolating my workspace as a fortress. At first glance, the office looks empty, but in reality, the publicity department is scattered on the floors, crouching on desks and running around the studio lot like mad-women. Today is not any ordinary day at the office; today is the day of the Passengers premiere at Sony Pictures Entertainment. If you have any familiarity with the film and entertainment industry, you know that this is the day where caffeine is your best friend, where your checklist seems infinite and where your sleep cycle is non-existent. 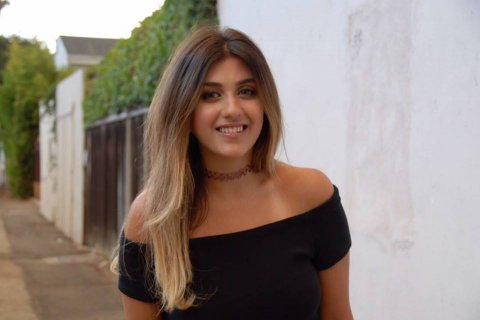 “Get Jennifer Lawrence on the phone!”

“Are all transportations confirmed?”

“Has the Four Seasons replied?”

These are the echoes that fill the room with angst and adrenaline. As an intern at Sony Pictures, this could be extremely overwhelming, but for me: I live for premiere days. The consistent strain and chaos elemental to the workspace motivates me to work harder and finish my supervisor’s check-list so that I can thrive in “fifteen minutes of fame” while I am gallivanting on the red-carpet delivering packages, arranging playlists, answering guests’ inquiries and help guiding executives to the theater, knowing that I helped bring this event to life.

Fellow Annenberg students have constantly asked me how I managed to land an internship at Sony. They tend to presume I must have a connection in the industry or maybe pulled a few tricks up my sleeve. This is actually nothing further from the truth. During my sophomore year at USC, I applied to 24 remarkably different internships and was sent 15 impersonal, yet friendly rejection letters and complete silence from the other nine. Instead, I took matters into my own hands and went directly to the studios’ key figures: Human Resources Coordinators. Every few weeks, I’d bombard Sony’s Human Resources, hoping for an e-mail notification to pop up on my iPhone to finally indicate a response. As I was starting to believe the company may have blocked my-email, I was invited for an interview for the Publicity department at Sony, specifically to work alongside the special events team. I nearly shattered my screen from the excitement of receiving a formal request to interview at a film studio. Four anticipated days later, I was offered an internship to work at a studio that created the films I grew up watching.

As I finally turned my dreams into a feasible reality, I made sure to get lost in my passion and dedicate my efforts to the internship. While working for special events may seem glamorous, many times it is filled with an imbalance of tranquility and complete madness. The day-to-day assignments varied from sitting in on corporate meetings, creating press kits for executives and annotating scripts. I was even given the opportunity to create a presentation deck that was used to pitch to potential partnerships.

Internships can easily fall under the “coffee run and manual labor” stigma, however; I am proud to say I was able to network with various departments within Sony, worked on hands-on projects and immersed myself behind-the-scenes of film publicity.