Everyone is Faking It

That was a question as I navigated the buffet line at Annenberg NETworks – Career Insights with Alumni.

It was my second year at this event. It’s inspiring to hear from students and recent alums. It’s clear that Annenberg is developing incredible future leaders.

I smiled across the buffet.

“Sometimes,” I said. We shared a laugh together.

In table discussions, more questions flowed. How did you get your first job? How is your industry changing? How do you develop confidence at work?

The confidence question reminded me of a fabulous insight I heard recently.

A famous actress and producer spoke at a leadership conference I attended this fall. In describing what it was like pitching ideas to studio heads, she said it became much easier once she realized that everyone is faking it.

Say what? Faking it? Really?

But as I thought it over, it rang true. 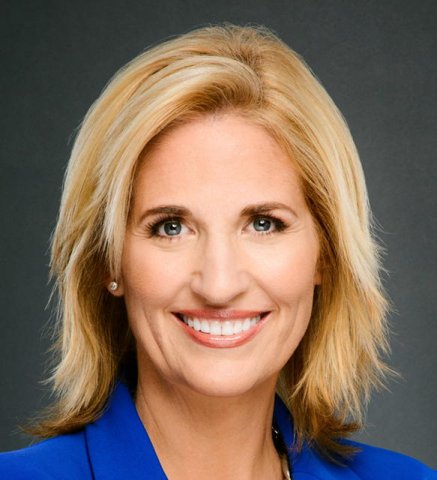 Caroline Leach.
It doesn’t matter if you’re a C-Suite leader or a communications coordinator or something in between.

The world is changing so fast that no one has all the answers. No one can predict exactly what the future will hold. No one knows precisely what to do in every situation that life throws out.

Yet there’s power in that. Because if everyone is making it up as they go along, so can you.

No matter how experienced you are – or aren’t – you can apply critical thinking to any challenge and create a plan. As you execute the plan, you’ll get feedback. You can tweak your approach based on that. And so on.

This makes lifelong learning essential. Author Guy Kawasaki explained it well for the ever-evolving social media space in his book The Art of Social Media.

He wrote that a “social media guru” is “an oxymoron because nobody really knows how social media works.”

“No matter how smart you are,” he continued, “best practices always change, because platforms change how their sites work. Therefore, everyone needs to keep experimenting.”

A trial-and-error approach can get you to a great outcome. That’s what Thomas Edison did when he developed a better light bulb, after trying 10,000 ways that didn’t work.

And it puts you on a path to becoming what you aspire to be.

In the second-most-viewed TED talk of all time, Harvard researcher Amy Cuddy shares how she encouraged a student who was terrified to speak in class. If the student didn’t participate, she was going to fail.

With Cuddy’s coaching, she wowed her classmates.

“She had not just faked it till she made it,” Cuddy said. "She had faked it until she became it. And so I want to say to you, do it enough until you actually become it.”

So here’s my closing question: who are you becoming?

Caroline Leach is a proud USC Annenberg Alumni Ambassador with an M.A. in Communications Management. She’s a Marketing VP at AT&T and a former Communications VP at DIRECTV. She loves helping people tell their stories, and she blogs at carolineleach.com. Opinions are her own.

An Evening of Inspiration at the USC Alumni Awards
USC Annenberg students and alumni team up during Job Shadowing Week
Adapting is The Key to Success
How to Pursue Freelance Writing
Call Me, Maybe: The importance of picking up the phone
Stepping outside the box
Is student privacy the killer app?
Transferring in to USC and the Annenberg School
From USC alum to USC mom