The USC Center for PR’s 2018 Global Communications Report indicated that 42% of PR professionals were concerned about the increasing prevalence of branded content. In a follow-up study, we asked the same survey participants specific questions about their perceptions of branded content. A total of 220 professionals, representing agencies, private companies, consultancies and government organizations in over 25 different countries, shared their opinions with us.

Paid content that is created and delivered outside of traditional advertising means, using formats familiar to consumers, with the intent of promoting a brand — either implicitly or explicitly — through the means of controlled storytelling.

Three-quarters of PR professionals stated that they used at least some branded content strategies for the campaigns they worked on, mostly using social media platforms and social media influencers. Almost a quarter (24%) described it as a very effective strategy and an additional 57% as somewhat effective. Over two-thirds (67%) of the professionals indicated that their/clients’ spending on branded content would increase over the next 12 months.

Turning a blind eye on ethics

Nearly half the respondents thought it was somewhat or very difficult for consumers to distinguish branded content from editorial forms of content. Yet only 15% thought using branded content was somewhat or very unethical. Of those who had at least some ethical concerns, 69% indicated that the major problem was misleading the consumers, while half said it diminished the credibility of media and 47% agreed it undermined the authenticity of influencers.

Further, fewer than half (47%) of PR professionals indicated that certain organizations or industries should not be allowed to use branded content strategies. The top five listed by the respondents were tobacco, hate groups, political organizations, alcohol and firearms.

The majority of PR professionals (83%) indicated that branded content should always be explicitly labeled. Further, 62% stated that consumers should be able to block branded content on online platforms.

In summary, the use of branded content is widespread and growing, but while many PR professionals recognize that it might be misleading to consumers, and especially harmful in certain industry contexts, not many see any ethical issues with it and think labeling will solve all problems. This places pressure on media platforms and outlets to create strict internal rules and processes to ensure the ethical use of branded content. It also means the industry assumes that consumers have the necessary ability to process these labels or will rely on technology to filter content. 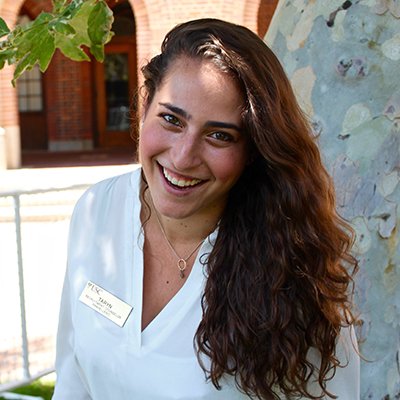 This article was written by Ulrike Gretzel and Taryn Maister.

Taryn Maister ’17 graduated from USC with a B.A. in public relations and an M.A. in digital social media.