Ted Lasso: The importance of trust

Do a search on Ted Lasso combined with any of the following words — leadership, wisdom, philosophy, life lessons or inspiration — and you might be surprised by how much has been written about these themes, and by how many diverse writers.

Ted Lasso, the title character of an Apple TV+ comedy series played by Jason Sudeikis, is relevant. He demonstrates that kindness matters, and that being kind has wide-reaching rewards. Lasso is an American, Division II football coach who almost serendipitously finds himself coaching a Premiere League English football club. Of course, Coach Lasso knows nothing about English football. He is the underdog. He talks differently, his sayings are quirky, he dances — he is the opposite of what a professional English football coach should be. Those who meet him question why he’s there. They expect him to fail and disqualify him based on their biases.

Despite the hostile setting and the obstacles he faces, Ted still makes positive impressions on those he meets. Other characters are caught off guard by his sincerity and genuineness and soon find themselves questioning their biases. They find themselves wanting to hear from him and eventually they want to be part of what he’s creating. Why is that? Why does it matter?

I think trust is why it matters. His behavior creates an environment of trust that subsequently leads to teamwork. And it doesn’t hurt that fun is also part of the mix.

He awakens the emotions of everyone around him, and they find themselves drawn into the culture he is creating — whether they initially wanted to or not. Ted makes a point to always be his true self, creating an environment where others feel unafraid to be their authentic selves.

Success is being redefined, and he is advancing, innovating, and creating a culture where progress is made holistically. Through his kindness, he fosters essential positive branches for his players to grow. His influence is communicated in radically simple manners.

The show allows us to see that — when given the opportunity to work with a kind, authentic leader — employees can become inspired to collaborate with others, celebrate differences, drive growth, and foster a winning culture. Coach Lasso both embodies and brings to life this kind of inspirational leadership. He is relevant because he reminds us to feel something deeper and look beyond our everyday lives. He is inspirational and inspirational leadership never goes out of style.

Ted Lasso arrived at a time when we were desperate for positivity during some of the hardest months of the pandemic. Society had become divided and polarized. The Coach Lasso character brought forward the simplicity of how to create engagement and a sense of shared purpose. He told us, through folksy anecdote, that it’s okay to be vulnerable and okay to be kind. It’s essential to listen and give chances to those who are different. He uses the famous Walt Whitman quote, “Be curious, not judgmental,” to explain why curiosity is more effective than closed-minded judgment and hubris.

Ted Lasso has captured my heart. It has been an unexpected, pleasant surprise of emotions. As I watched the show, I made notes of what was said, how a situation was handled, and how Coach Lasso led the positive work environment he created.

Unequivocally, Ted Lasso makes people feel good. The show is restorative, as in it restores our faith in people. In a political climate where there is much discord, we sometimes need a helping hand through tough times. “Ted Lasso” showed us that sometimes a helping hand comes in the form of a fictional TV show. You watch it and you know that the reactions Ted generates from his actions are valid.

In a time where we need more kindness, goodness, listening and accepting of others, Ted Lasso matters. 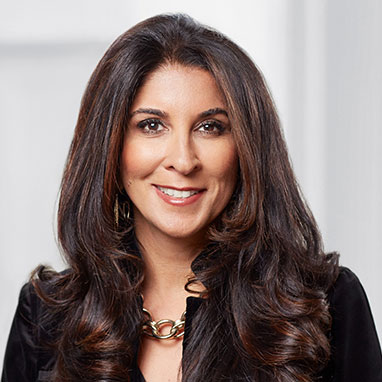