After observing the low numbers of women on corporate boards for decades, Betsy Berkhemer-Credaire jotted herself a note on a napkin during a coffee conversation about the phenomenon. Ever the optimist,  Berkhemer-Credaire’s note focused on a potential solution: “Why can’t there be a law in California, like in Europe, requiring women on boards?”

Several European countries had already mandated that 30% to 40% of board members should be women, so  Berkhemer-Credaire began to explore the issue further. She held dinner meetings with the handful of local women who already served on corporate boards. It was a small group. In 2010, women held only 10% of board seats in the Russell 3000 corporations (the largest 3,000 corporations in the U.S.). From that small but powerful dinner cohort sprang a movement.

A lifelong entrepreneur, Berkhemer-Credaire co-founded a Los Angeles public relations agency with business partner Richard Kline that was later acquired and renamed Berkhemer Kline Golin/Harris (now Golin Los Angeles). She remained at the firm’s helm until launching retained executive search firm Berkhemer Clayton in 1994. With both PR expertise and a powerful network, Berkhemer-Credaire leveraged her original dinner group’s influence and contacts and formed the Southern California chapter of Women Corporate Directors to socialize of the concept of a law.

Berkhemer-Credaire called upon friends from the National Association of Women Business Owners of California, where she had been statewide president, to engage their support and asked them to come with her to Sacramento. Their visit with legislators resulted in having California State Senator Hannah Beth Jackson wholeheartedly agree to take on what became a seven-year campaign to pass a law.

Named Senate Bill 826 to represent the date (Aug. 26) when Congress passed the 19th Amendment that granted women the right to vote, the law passed on Sept. 30, 2018. Immediately controversial and opposed by the powerful California Chamber of Commerce, SB 826 did not use a “quota,” but required specific numbers of women on California boards: at least one woman by year-end 2019, and at least three by Dec. 31, 2021.

That same year, 2020 Women on Boards recruited Betsy to become its CEO, parallel to running her retained search business. The 501(c)(3) nonprofit rebranded itself as 50/50 Women on Boards after surpassing its initial 20% target, and adjusted its mission it to focus on achieving 50/50 women on boards — with 20% of all board seats being held by women of color.

“Companies did start to bring women onto their boards right away — slowly at first — but the message is catching on now,” Berkhemer-Credaire said. “The ripple effect has been remarkable throughout the country.”

Of the two conservative lawsuits filed to challenge SB 826 and overturn the law, Berkhemer-Credaire said, “progress speaks louder than naysayers”.

Leading the nation with a year-over-year increase from 24.2% to 29.3%, California’s corporations are reaping the benefits of having more and more women on their boards. The national average has also risen to 25% — more than doubling the numbers prior to the passage of CA SB 826. The move is also good for business according to McKinsey & Co. and Morgan Stanley, which have both published research demonstrating that companies with diverse boards with at least three women are significantly more productive and its workforce more engaged.

Corporations and institutional investors have taken notice. This year, Goldman Sachs announced it will no longer take a company public unless it has at least two diverse board members. Black Rock, CalPERS, CalSTRS, The New York State Pension Fund, and many others have taken stands for diversity on boards. And in a historic move on Aug. 6, 2021, the Securities & Exchange Commission approved a rule, championed by Nasdaq’s first female CEO, Adena Friedman, to require all 3,000 Nasdaq-listed companies to have at least one woman and a diverse candidate on their boards. The U.S. Chamber of Commerce has backed Nasdaq’s rule and the New York Stock Exchange is reportedly exploring its own diversity plan.

Recently featured on the front page of the Los Angeles Times, Berkhemer-Credaire was also referred to by Forbes as “one of the unstoppable forces behind California’s 2018 law” and “ever aspirational.” Berkhemer-Credaire hopes that future leaders can apply the lessons she’s learned from her success — as well as from her mistakes — to their own efforts to change the world for the better.

“The key to my success throughout my entire career — and personal life — is optimism,” Berkhemer-Credaire says while wearing her ever-present smile and signature red jacket. “Always look at the bright side of things; be open to engaging with new people; build your network by volunteering with influential nonprofit organizations and take on the tough projects no one else wants to do; and have fun along the way. That’s how I’ve been able to stay ‘relevant.’” 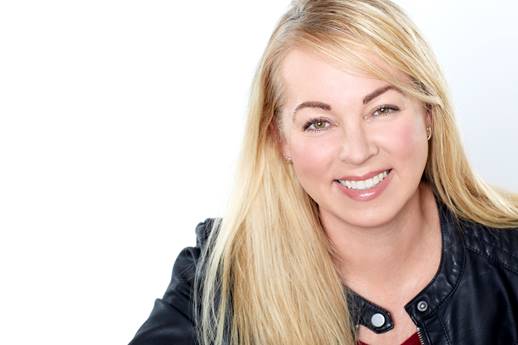 Megan Jordan is head of communications at West Coast University, one of the largest US college networks specialized in educating students pursuing healthcare professions.