Now, one of the USC students’ ideas is taking off on April 30 with the first-ever inflight film festival to commemorate the Studio’s legacy and 100 years in moviemaking. Universal Pictures is teaming up with American Airlines to welcome customers onboard Flight 1 and Flight 22 with this special in-air transcontinental film festival featuring two of Universal’s beloved films, Field of Dreams and Seabiscuit.

To prepare the students for the task of creating potential activities for the Studio’s 100th anniversary, senior executives from Universal Pictures presented professor Matthew LeVeque’s graduate class at USC Annenberg with the centennial’s overarching themes and objectives. The 17 students from LeVeque’s Social, Digital and Mass Media Strategies class were then asked to brainstorm and create campaign ideas in the spirit of Universal’s fans.

“The partnership with USC was a great way for us to create an initiative that was authentic and appealed to our fans,” said Rick Finkelstein, Universal Pictures Vice Chairman and COO. “We’re excited to share Universal’s special day with select American Airlines customers. This is a fun and interesting way for us to engage and bring fans together, while celebrating our anniversary. We’re grateful to the students at USC and American Airlines for helping us highlight our 100 years in moviemaking with this unique opportunity and partnership.”

As a toast to Universal’s special day, customers onboard select American Airlines flights between New York’s John F. Kennedy International Airport (JFK) and Los Angeles International Airport (LAX) will be invited to sit back and enjoy the films. Gift bags will be distributed at the gates of participating flights prior to departure, giving customers a coupon for a free 15-minute inflight internet session, headphones and classic movie candy.

Fans will have a chance to be one of 10 winners, randomly selected from qualifying tweets. Winners will receive an in-air Universal Centennial Blu-ray prize pack. Anyone can join in for a chance to win by using the hashtag #Universal100 in their tweets from April 30 through May 1.

“The Universal Studios 100th Anniversary partnership, in which our students were challenged to come up with creative strategies and tactics for an extraordinary event, is a perfect example of the real world opportunities we seek for our USC Annenberg students,” said Jerry Swerling, director of the Strategic Communication and Public Relations Center at USC Annenberg. “We are thrilled that Universal Pictures is using one of our students’ ideas and are grateful for this opportunity.”

This first-ever in-air film festival is just one of the many activities the Studio has planned during its yearlong celebration. Initiatives like this are designed to bring special memories back to longtime movie lovers and fans, and to engage new audiences with Universal’s extraordinary library of films. For more information regarding Universal’s Centennial year, visit http://Universal100th.com. 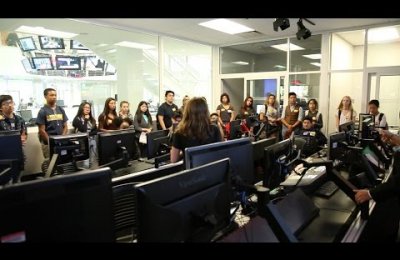 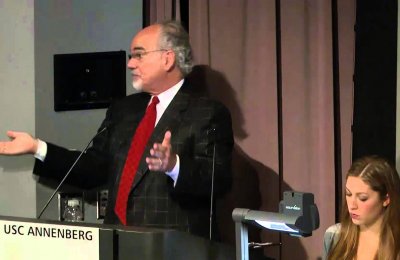