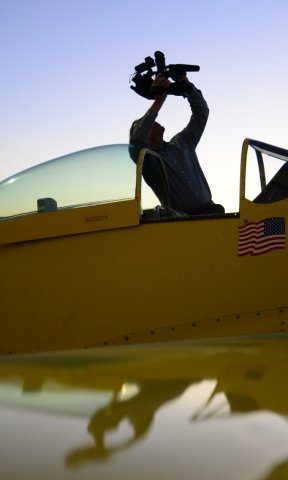 Journalism Professor and documentary filmmaker documentary filmmaker Dan Birman debuted his latest work, "Perfecting Flight: Bob Hoover," to a crowd of 500 aviation experts and celebrities at a Feb. 21 special Paramount Studios event. The film is just the latest in a long string of documentaries by Birman, who is the executive producer of USC Annenberg's award-winning television news magazine Impact. Narrated by actor Harrison Ford, "Perfecting Flight" follows the life and times of legendary aviator and WWII pilot Bob Hoover.

"This was a rather large effort that includes a sequence that put the 91-year-old Hoover behind the controls of a jet that he made famous some 50 years ago," said Birman. "We captured his flight using aerial photography and cockpit cameras as he takes the controls one more time."

Birman and his team spent countless hours sifting through archived footage and history to capture an intimate portrait of the pilot's life.

"Telling the story of Bob Hoover was a bit tough because his place in history, though legendary among aviators, has to do with the sum of a many-decades-long career," he said. "So our job was to assemble the bigger picture, which much like sorting through and connecting hundreds of puzzle pieces.  We worked with historians in the U.S. and in Germany, and we had a lot of help from the United States Air Force."

Birman produced, directed and wrote the story, while Megan Chao (M.A. Broadcast Journalism '08) served a monumental role as the documentary's editor. Susy Garciasalas Barkley (B.A. Broadcast Journalism '06) joined the team to help with critical research and program delivery, while Michael Yada (B.A. '83) worked as a sound recordist. For more information about Birman and his past works, visit here. 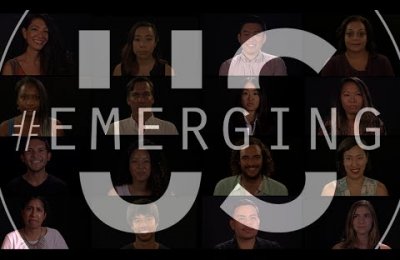