Kelly Day is currently chief digital officer at AwesomenessTV, a youth-skewing digital entertainment unit owned by DreamWorks Animation SKG Inc. DreamWorks Animation acquired AwesomenessTV last May in a deal valued at $117 million. Since then, a growing number of YouTube video producers have been acquired by media companies eager to tap a youth audience that no longer gravitates toward traditional media outlets. AwesomenessTV properties include its primary YouTube channel of scripted and reality series; and AwesomenessX, a channel aimed at boys and young men. Day oversees operations for AwesomenessTV's digital media portfolio. She also spearhead's the company's efforts to develop new projects for film and television and increase distribution of its content across all digital platforms and international markets. Day visited an Annenberg M{2e} undergraduate seminar in April and joined Katelyn Foley for a conversation shortly thereafter.

You started as the chief digital officer of AwesomenessTV about four months ago. What roles did you have prior to Awesomeness?

I got immersed in online video when I was at Discovery because anyone who is a digital executive at a cable company is going to spend a lot of time on online video. In 2012, I had an opportunity to leave Discovery and run Blip, an online video platform for independent television producers. We sold that to Maker Studios about nine months ago. I spent about six months at Maker and then had a great opportunity to come to Awesomeness.

How does Awesomeness operate and what are some of the key revenue streams for the company?

Awesomeness operates a little differently than other YouTube multichannel networks (MCNs). Awesomeness was created by Brain Robbins, who has created amazing content targeted at the teen and tween market for 25 years. Brian originally started the company as a channel on YouTube after he made a very successful movie called Fred based on a YouTube star.

Awesomeness was one of the first 100 channels that YouTube funded in their original programming initiative about two and half years ago. The channel was one of the big success stories coming out to that program, so we decided to open it up and let people come and join the network about a year ago. I don’t think anyone anticipated that the MCN would get as big as quickly as it did. Now we have about 90,000 channels in the network.

The interesting thing is that about half of the channels in the network are not focused on becoming big creators. They are fans of Awesomeness. So I think one of the main ways Awesomeness is different from other MCNs is that we are a big fan club. We focused on building a consumer brand from the beginning. Machinima and Tastemade are other good examples of MCNs that have built consumer brands, but Maker and Fullscreen act more like agencies. Awesomeness started as a channel and consumer brand first and expanded to become an MCN later.

We also make money by selling content into linear TV. We have a very successful show on Nickelodeon called Awesomeness TV that just came back for season two. That’s a revenue stream. We also sell to a lot of the other cable networks, including Disney, ABC Family, and other networks outside the US. Looking down the road, as we build brands around our shows and with our talent, a natural extension is building a consumer products line.

How has DreamWorks helped Awesomeness expand beyond the digital space?

DreamWorks is extremely supportive. We have built an amazing relationship with them. A lot of times when traditional media companies buy digital companies, it doesn’t always go that well. I think this is going to prove to be one of the exceptions because DreamWorks has struck the right balance between letting us operate independently and continuing the magic we have. You will notice that we are not in Glendale. We are a wholly owned subsidiary but we run like a stand-alone public company.

That said, DreamWorks does offer us a lot of resources that are genuinely helpful. For example, they are quite helpful in areas such as distribution. They make their team, resources, and relationships with distributors available to us. They open a lot of doors. We can also take advantage of the current infrastructure and deals that they have in place. The same thing is true on the technology side. The DreamWorks CTO has been fantastic about helping us evaluate technologies and letting us use technologies that they own. They say, "Here is everything we have to offer and if you want to tap into it, it is available for you to use. But we aren’t going to impose it on you." I have been through integrations and acquisitions, and from my perspective, that is one of the best ways to do it. 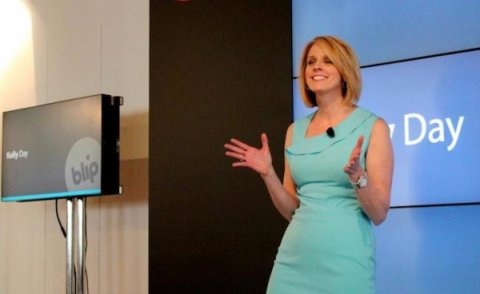 Kelly Day
A lot of consumers see YouTube as an entertainment platform, but most of the MCNs seem to be treating it as a testing and marketing platform. How do you think about YouTube in the grander scheme of entertainment?

I don’t think that any of the MCNs that are operating exclusively on YouTube think their business will continue on YouTube alone. This is a really small industry, and everybody is pretty friendly with each other. I haven’t met anyone at any network who has said YouTube is it for me. Everybody is looking into long-form content. I think everyone sees value in broadcast-length programming. People are looking at Netflix, Amazon, Hulu, iTunes, and Google Play. These other platforms have historically been good revenues for broadcasters. Maybe there is an opportunity to take long-form content into those platforms.

You mentioned before that several of Awesomeness’ main revenue streams are ad or brand-oriented. How does Awesomeness think about ads and brand partnerships, especially given the highly ad-skeptical teen target audience?

We don’t really focus on selling media. We pretty much let YouTube sell media. That is another way we are probably different than some of the MCNs. We do bundle in some media here and there, but we don’t have a big media sales team. Our team focuses on selling integrations, sponsorships, and branded content.

The teen audience can be skeptical about advertising, but it depends. If it’s a star or show that they really love, and the brand is integrated in a way that is genuinely authentic and natural, then we don’t see a lot of pushback. We see a fair amount of exceptions. When we are selling integration deals, we typically try to sit down and talk with the talent and see what they actually like. It’s pretty hard to put on a good face and be authentic if you really hate a product. We sit down with the talent and ask what are the brands that you regularly use. Where do you shop? What do you like to wear? What do you like to eat? So we get a good picture of things they like and can do matchmaking with brands.

But we see a lot of brands that are interested in producing or co-producing and owning content. That is another very successful model for us. I would say the key to success there is that it has to be a show you would create for your audience anyway. If you can find the right brand to integrate into, all the better. It has to be something we would put on the air regardless whether a brand would pay for it.

What are some of your favorite Awesomeness channels? Are there any up-and-coming stars that we should keep an eye on?

Certainly a lot of the comedians. We have a great set of young female comedians that we really like, such as jennxpenn and Lia Marie Johnson, who we have done a lot of work with. We also have a number of girls in the fashion and beauty space like Teala.

There are a couple of new boys that we signed. We’ve got two new boys that came from Vine—Nash Greer and Cameron Dallas. They’re really interesting because they’ve had phenomenal success on Vine. Nash is the number one Viner. They are just getting into creating longer form content and moving into YouTube. Working with them to produce longer form content is going to be a big area of focus for us over the next 12 months. We are also looking into doing a film project with them. 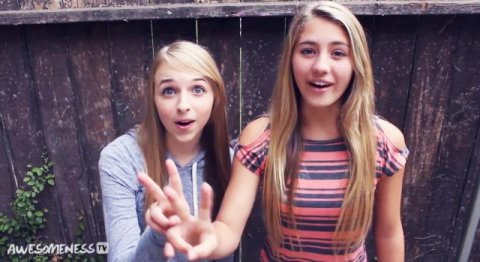 Awesomeness
Awesomeness recently hired two former Disney executives to spearhead retail. How do you all think about this revenue stream and what types of content are applicable? 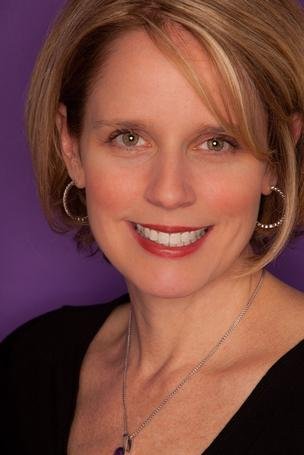 Kelly Day
Everyone would like to create a similar machine to Disney. Jim Fielding (global head of consumer products and retail, AwesomenessTV) was most recently the CEO of Claire’s, which is one of the largest teen accessory retailers. He had a successful run at Claire’s for a few years and before that, he ran consumer products at Disney for many years. He started product lines around Hannah Montana and Hilary Duff. I can’t think of anyone more qualified than Jim to build a teen consumer products business. We are super excited to have him on board.

We are now at the phase where we are looking at the fall and holiday 2014 and thinking what is our top tier list of brands and programs that we want to take into the market. It’s still a little early. Jim has only been on board for a couple of weeks, but this is a huge opportunity and he thinks he will be able to do really well.

How do you think recent acquisitions and the resulting consolidation of MCNs and studios will affect the economics of online video, including CPMs?

I think everybody thought it was going to come for a while. A lot of the early MCNs were venture-backed. Venture-backed companies tend to look for exits after three to five years. It’s the time when the VCs are looking to get a return on their investments. At the same time, the traditional media companies feel like they need their play, whether it be Disney buying Maker, DreamWorks buying Awesomeness, or Warner Bros backing Machinima.

The major media companies genuinely feel this isn’t a fad. This is how we need to connect with the under-thirty audience. This is going to be critical in continuing to build relevance with teen and twenty-something audiences and how we need to be heavily invested in the space. It’s a matter of finding the right fit in terms of content and audience. The Warner Bros investment in Machinima was not a big surprise. Disney’s acquisition of Maker was the right scale. We’ll see where Fullscreen ends up. Quite a few of the big media companies on the print side are interesting potential acquirers for StyleHaul.

As for CPMs, we’ve slowly started to see CPMs come up in general. CPMs on premium online content have never been that weak. Premium continues to sell anywhere from the low $20 range to $50 to $70. People talk about the monetization of content on YouTube as a negative or low CPM story because the sell-through rates are so low. You have such an abundance of inventory that the overall blended CPM on a global basis gets diluted down to low and single digits, and everybody says the CPMs are terrible. The challenge is that there is still an enormous amount of non-premium inventory that dilutes the whole pool. Pricing on premium content has stayed at a normal level for the past couple of years.

Are there any new technologies that you think will impact online video?

YouTube has always been a platform—that’s the Google model. The nice thing is that we’re seeing an ecosystem of companies develop around the platform, whether it be custom apps or analytics. ZEFR, Tubular, and Epoxy are best-in-class examples. I think it’s great that so many companies are building products and services on top of the YouTube platform.