Mentoring is an integral part of many students’ experience at USC Annenberg, as exemplified by the fact that three Annenberg faculty members have been among those recognized with the prestigious Provost’s Mentoring Award in the past three years. The most recent recipient of the selective honor, which is awarded to no more than two professors selected from across the university annually, is Rebecca Weintraub, a longtime USC Annenberg clinical professor and director of the Communication Management Master’s program.

Weintraub was announced as the 2016 Provost’s Mentoring Award recipient in January, having been nominated by Dean Ernest J. Wilson III, and is the only clinical faculty member to have received the honor.

“Your philosophy on creating opportunities for those you mentor has led to stellar placements for your graduate students and contributed to the academic success of many faculty at the Annenberg School,” Weintraub’s nomination letter read in part. 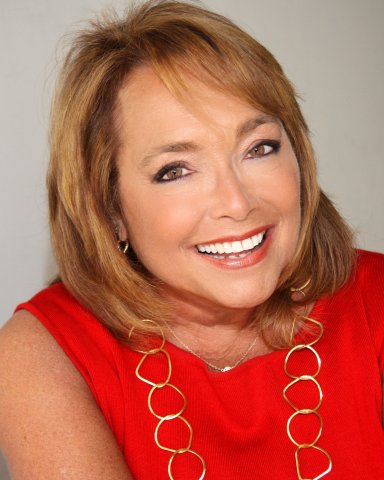 Rebecca Weintraub
Having just entered her 16th year of teaching at USC Annenberg, Weintraub holds a Master’s and Ph.D. from USC, and in 2000 transitioned to academia from a lengthy career in corporate communication at Hughes Electronics. At USC Annenberg, Weintraub oversees the successful Communication Management Master’s program, and pioneered the online version of the program, having taught at least one online class each year since 2003.

Just as she never expected to make a career out of academia, Weintraub said becoming a mentor wasn’t something she planned, either — it just came naturally.

“I don’t know what’s the chicken and what’s the egg,” Weintraub said. “Students have always wanted to pick my brain about careers and skills.”

Weintraub’s natural inclination to connect with others has proven especially beneficial in directing the Communication Management program, in which many students are older, working professionals who especially appreciate the live sessions and one-on-one meetings Weintraub offers as an instructor.

“I don’t know if I’ve always been a mentor, but I think of myself as a connector,” Weintraub said. “I’m always trying to help connect people with jobs, people, ideas. When I meet with students that want to talk about careers and things, it’s rare that I don’t get up from the table, go over to my computer and send an email to a grad or former colleague or someone that says, ‘Hey, you’re going to hear from this student.’”

Despite a reluctance to label herself as a mentor, Weintraub agrees she’s always been a people-person. When she forwarded her husband the email announcing she had received the Provost’s Mentoring award, he was eager to share the news with dozens of former colleagues, who responded remarking they were completely unsurprised to hear she had been recognized with the honor. Further confirmation of her drive to be a “connector,” Weintraub said, were the four-letter results of a Myers-Briggs test she took during one of her Communication Management classes: ENFP.

“They have a series of short descriptors for each of the combinations, and mine is, ‘The people are the product,’” Weintraub said. “It was like, yeah. I may be hardwired this way.”

In addition to an obvious natural gift for working with people, Weintraub said she also credits her success to her students and colleagues at USC Annenberg.

“I work with really smart people,” Weintraub said. “They ask really good questions and they’re looking at really interesting issues, and being apart of that, working with them, is just really fun.”

Weintraub holds her USC Annenberg colleagues in such high regard, in fact, that she was floored to learn she’d even been nominated for the Provost’s Mentoring Award — just one faculty member is nominated from each school annually.

“I called my husband and said, ‘Now I know why with the Academy Award people say it’s an honor just to be nominated,’” Weintraub said. “I was thrilled to know that I was the school’s choice, because I know some of the people who have won the award from Annenberg and they are renowned. The fact that the school thought I was reasonably in their company really made me feel good.”

Though Weintraub said it’s hard to quantify the students she’s mentored, or even to find an all-encompassing description for what mentoring is, she estimates that in some form or another, she’s mentored hundreds of students and colleagues throughout her teaching career.

“Mentoring is one of those things that’s in the eye of the beholder,” Weintraub said. “I might think I’ve just had a career counseling session or a Q-and-A, and they walk out going, I think I was just mentored. So I think the joy of this job is that I have gotten to interact with, teach and support just hundreds of people.”

One of those people is fellow USC Annenberg faculty member Anne Framroze-Roy, who has taught alongside Weintraub in the Communication Management program for nine years, both on-campus and online.

The two met at a professional conference, and Weintraub later encouraged Framroze-Roy to join the Communication Management program as a teaching assistant, and was also instrumental in guiding her through the process of pursuing a doctorate degree in cultural studies at UCLA.

“Rebecca has been my mentor literally from the moment I met her,” Framroze-Roy said.”I am currently in the second year of my doctoral studies, and I have Rebecca to thank for all her guidance and support.”

Another fellow faculty member is Jessica Neff, who was introduced to Weintraub while completing her Master’s and Ph.D. degrees at USC Annenberg. Feeling uncertain at first about whether she wanted to pursue teaching, Neff went to Weintraub for advice, and the two kept in touch. Weintraub eventually asked Neff to help teach in the Communication Management program, for which she lectures online and on campus.

“She really took a bet on me and provided me with a lot of self-confidence during my initial years as a teacher,” Neff said. “Rebecca is someone who’s great to talk to, if I’m ever making some kind of decision I can go to her for advice. She’s been a great mentor to me, and I wouldn’t be where I am in my career without her.”

For Weintraub, it’s hardly unusual for her mentoring relationships with students to extend long after graduation. One USC Annenberg mentee, who graduated more than a dozen years ago, consistently checks in with Weintraub whenever she changes jobs, and has consulted with her in order to hire fellow USC Annenberg graduates.

For another recent Communication Management graduate, Weintraub helped create a paid internship with the National Park Service to help a solve a communication dilemma the Yellowstone Foundation had been facing. The student Weintraub recommended for the four-month project, Udeitha Srimushnam, ended up spending nine-months at the national park, and was ultimately able to help fix the problem.

Weintraub said the experience not only added to the Srimushnam’s professional skill set, but also to her life experience.

“When she went into the job world she looked amazing for a very good reason, but she also said, ‘You changed my life. I never thought I would climb mountains and go backpacking,’” Weintraub said. “You don’t get to do that very often. Sometimes when I find out about a great job, I don’t really have the right person. But when you are able to do that, there’s just nothing more gratifying.”

Srimushnam, who received her masters in Communication Management in 2013 and was a student of Weintraub’s before she became her mentee, said Weintraub’s class was the most difficult she took during the graduate program — and was exactly the motivation she needed.

Srimushnam heard from Weintraub just about every week during her internship, and said Weintraub always made sure that she was doing well not only professionally, but also that Srimushnam was eating enough and staying warm during the winter. Srimushnam said this is typical of their relationship, with Weintraub serving not only as a professional mentor, but also as a sort of life coach at times.

“I think the thing about Rebecca’s mentorship that’s really special is that it’s a personal and collaborative thing and it’s an egoless thing,” Srimushnam said. “It’s a true act of generosity with her, sharing her wisdom and experience without asking for anything in return. She never came to me and said, ‘This is who you’re going to be, it was always a dialogue.”

For Weintraub, ensuring that mentoring is a two-way street has allowed her to find just as much fulfillment in it as the students and colleagues she’s advised.

“I realize that one of the reasons I love this job is I get to feel like I’m really making a difference,” Weintraub said. “Since I happen to believe that what all humans want is the opportunity to make a difference, I think the platinum standard is when you get to make a difference doing something you love, and so that’s kind of how I look at it.”