USC Annenberg announced that two influential leaders in the new world of converged, global media will deliver keynote addresses at the 2015 commencement ceremonies on May 15.

Debra L. Lee, chairman and CEO of BET Networks, will speak at the School of Communication ceremony; Jorge Ramos, anchor for Univision and Fusion, will deliver the address at the School of Journalism ceremony. More than 800 degrees will be conferred during the Annenberg School for Communication and Journalism’s two events, which will host more than 6,000 family members, alumni and friends.

At BET Networks, Lee oversees one of the most influential multi-platform media companies in the world, including several cable television networks, digital offerings, and a home entertainment business. BET Networks is a unit of Viacom Inc. and the leading provider of entertainment for the African-American audience and consumers of Black culture globally. Recognized as one of the most powerful women in entertainment, Lee has led a successful programming strategy at BET Networks that has created hits such as Real Husbands of Hollywood, Being Mary Jane and The BET Awards — resulting in increases in viewership and revenue.

Jorge Ramos, often called the Walter Cronkite of Latino America, is an internationally recognized journalist and has won eight Emmy Awards for his work — including coverage of five wars, the fall of the Berlin Wall, the disintegration of the former Soviet Union, the 9/11 terrorist attacks and Hurricane Katrina. He is host of Fusion’s weekly “AMERICA with Jorge Ramos,” a program aimed at young people and Univision’s top-rated, nightly news program “Noticiero Univision” and “Al Punto.” Ramos is the author of eleven books and bestsellers and writes a weekly column for The New York Times Syndicate that is carried by more than 40 newspapers in the United States and Latin America. Ramos has been called “star newscaster of Hispanic TV” and “Hispanic TV’s No. 1 correspondent and key to a huge voting bloc” by The Wall Street Journal. TIME magazine listed him as one of the “25 most influential Hispanics in the United States” and just last week included him in the 2015 TIME 100, its annual list of the 100 most influential people in the world.

The main USC commencement ceremony, presided over by USC President C.L. Max Nikias, will begin at 9 a.m. in Alumni Park. 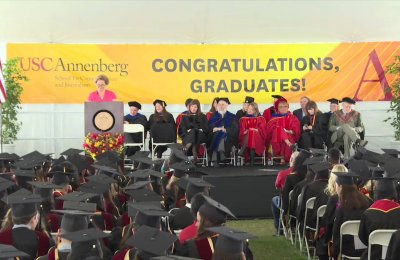 Debra L. Lee's Commencement Address to the School of Communication Class of 2015 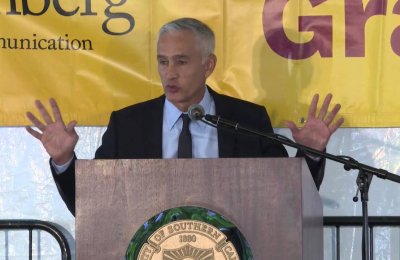 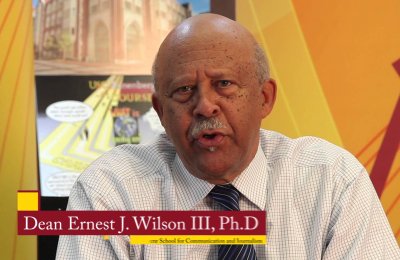