May 27, 2014
Communication and Marketing Staff

Immediacy meant two different things in a newsroom that had two processes of newswork ongoing at the same time. There was both the old world of immediacy, where breaking news meant tomorrow, and the new world of immediacy in online journalism, where immediacy meant “fresh” constant updates and where the homepage would not look the same in any way after six hours. The print news cycle ultimately fed the homepage and the business web page with content—but generally, it took until the end of the day for the authority of print news to begin to inform how web stories would look online and what prominence they would have. By that point, most people would not be paying attention to NYTimes.com. By 9 p.m., when the major print stories for the day had been fully fleshed out, copy edited, and prepared, the homepage finally began to stop its immediate churn. The homepage editor, though, didn’t need any raw numbers or traffic data to have the sense that most people had long ago signed off of NYTimes.com, at least among readers in the United States, and that the busy focus on keeping readers on the page had long subsided. In fact, these numbers were not readily available to the web editors. Yet by morning, the important stories from the print paper —the value-added content, the front-page stories—would be quickly washed away by stories with relatively small bits of significance. [The homepage editor] would be left with the previous night’s leftovers, some foreign stories coming in during the day, and filler stories from desks like business that were of such little significance that they might not even make the print paper.

On the other hand, we might see the website as doing quite well according to Times standards, despite moving so quickly. Even without the layers of editorial judgment, those charged with constantly updating the website do it well; they are trusted for their facile judgment and their competency as headline writers and copy editors, all their work done rapidly. These web editors have their own sense of traditional news norms; they do weigh the importance of each story, given the significance to readers—though in practice, this may not always work in the quest for “fresh” content… The compulsion to continually keep providing more content had become woven into the fabric of NYTimes.com; immediacy has created a system of worth, order, practice, and routine for online journalism. In this way, what journalists spoke of as “fresh,” and I conceptualize as immediacy, takes its shape as an emergent value of online journalism at the Times. Immediacy ordered how the majority of Times readers would see the newspaper’s content. What is missing from this conversation is the “why” for the focus on online updating. This had become incorporated into how web journalists understood their mission—and their sense of what was important—but other than the simple explanation that readers wanted to see what was new, there was little reflection on what made immediacy important. This further suggests that this value was emerging, as journalists had yet to define and truly reflect on its importance, beyond daily routine.

Culturally, NYTimes.com was not the print newspaper: there were no long meetings; multiple editors did not labor over what stories were placed where; and online moved quickly, all thanks to the imperative that more readers should see new content. Decisions were left to two people, generally, rather than a group of people debating what would be the agenda for the day. Perhaps at the end of the night, print created a pause, but during the day, a visitor to NYTimes. com would have no clear insight into what the “11 men and 7 women with the power to decide what was important in the world” considered the most important stories. 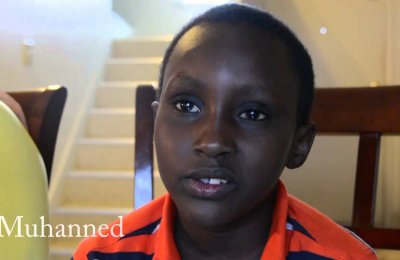