Journalist and television personality Julie Chen stopped by the new Wallis Annenberg Hall Tuesday night to speak with students about her own Annenberg experience and the changing nature of the journalism field. Chen visited Professor Mary Murphy’s JOUR 381: Entertainment, Business and Media class in the Wallis Annenberg Hall auditorium for an interview followed by a question and answer session. Among the topics discussed were diversity in the media and the changing role of the television journalist — specifically how the field has changed since she was in college.

As a 1991 USC graduate with a dual degree in broadcast journalism and English, Chen has spoken to several classes at Annenberg over the past few years, but was one of the first guest speakers to address students in the new Annenberg building.

“Julie has broken so many barriers to help women in the future of journalism,” Murphy said. “So I thought [she was] the perfect first guest for the beginning of this era in the new journalism school.”

With journalistic experience including more than 20 years with CBS, Chen has anchored “CBS Morning News,” “CBS This Morning,” and “Early Show.” Viewers of reality and daytime television will also know Chen as the host of CBS’s “Big Brother” since 2000, and as the moderator of the network’s daytime talk-show, “The Talk.” Chen discussed the criticism she received which accused her of not being a “real journalist” after agreeing to host “Big Brother” and “The Talk,” but said that television news and other types of television often go hand-in-hand.

“If you want to be a talk show host, you need some level of journalism under your belt,” Chen said, who was chosen to host “Big Brother” based on her journalistic experience, and advised students interested in pursuing entertainment news and talk shows to take acting classes. “There’s a level of performance involved.” But as a journalist, Chen said, there’s a time and a place for that level of performance.

“If you want to be a talk show host, journalist, broadcaster, you’re not the star, and that’s what you have to remember,” Chen said. “That’s why you have to be a good listener.” Born and raised in Queens, New York, Chen was inspired to pursue broadcast journalism because of the lack of diversity she saw on television growing up in the 1970s. She described how finally seeing an Asian-American woman reporting the news, and how proud that made her mother, shaped her own path and made her certain that journalism was the right career for her. And with her mother’s mandate that Chen and her siblings could not stay at home for college, Chen knew without a doubt that USC was the right school for her.

After graduating from USC, Chen spent four years as a producer at KABC Los Angeles before finding an agent who helped her secure a job at a station in Dayton, Ohio, where she spent three years as a reporter. Having lived in big cities her entire life, Chen knew that a small news market wasn’t the right fit for her, and that a big city would allow for much more mobility in her career. Despite this, Chen said that her experience in Dayton was a valuable one and reaffirmed her passion for journalism and the hard work it requires. “It’s hectic, but I love it, and you have to love it,” Chen said. “No one’s gonna work for you like how you’re gonna work for you.” Chen spoke with the captive audience about how racism has played into her professional life, and told of once being advised by a news producer in Dayton that she wasn’t “relatable” to that particular viewing audience as an Asian-American. Chen also talked candidly about undergoing plastic surgery early in her career after being advised that her natural eye shape made her look disinterested during interviews. Still, Chen said that the majority of discrimination she has faced during her career has been sexism, rather than racism, but that she has seen this improve since the beginning of her career.

How Chen got her start in journalism was of interest to many students in attendance, and Chen said the best advice she could offer college students is to engage with higher-ups wherever they’re interning. Chen said that she wasn’t the best intern herself in college because she failed to do this, and only realized the importance of it years later when overseeing college students who mostly kept to themselves while interning. “If one of them would just come to me and say, ‘I’m so-and-so, I’m an intern here, I want to do what you do and I’m here to help you with anything you need…,’ not only would I have benefited, they would have benefited,” Chen said. “When you go into an internship, you find the person in the newsroom whose job you want, or whose job you think you want when you graduate here, and say ‘I’m here to do whatever you need and help you with your job because I want to learn.’”

Live with USC Annenberg Alumni: Becoming a Leader
An Evening of Inspiration at the USC Alumni Awards 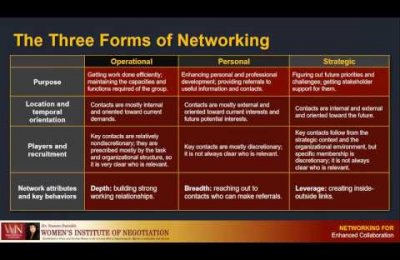