It’s a shame that the Olympic Games and French Open don’t award gold medals for outstanding acts of courage and personal fortitude. If such were the case, Naomi Osaka, one of the world’s top professional tennis players, and U.S. Olympic gymnast Simone Biles, perhaps the best ever at her sport, would both be “Special Keepers of the Gold.” Both athletes received initial criticism and ultimately much praise for bowing out of their respective competitions to manage their mental health.

Osaka’s abrupt departure from the prestigious tournament in Paris, in a dispute with officials over attendance at press conferences, shocked her fans and cost her $15,000 in United States Tennis Association fines. But the money didn’t matter to her: it was her mental well-being that took priority. Several weeks later, Osaka was confronted by a male sports reporter who opened his interview with the comment, “I know you’re not crazy about talking to us.” Osaka left that press conference in tears and later said, “It’s O.K. not to be O.K.,” calling for mental health days for tennis professionals.

Osaka’s response led to the USTA announcing on August 25 that it would offer “best-in-class mental health support to players” at the 2021 U.S. Open in New York. For the first time, the Grand Slam tournament offered mental health services and licensed providers to players, as well as “quiet rooms.” In late September, following the U.S. Open, Osaka underscored her commitment to putting her mental health first by announcing that she was taking an indefinite leave from the professional tennis circuit.

“The issue of mental health awareness has been brought to the forefront over the course of the global pandemic, as many individuals, players included, have struggled with the stresses and emotions that have come as a result of COVID-19,” USTA chief executive and U.S. Open director Stacey Allaster said, according to the Associated Press. Dr. Brian Hainline, USTA’s vice president, added that the group wants to make mental health services “as readily available to athletes as services for a sprained ankle … and with no strings attached.”

Ahletes used to be praised for giving “the old college try,” performing with pulled muscles, broken limbs, and other injuries. But Osaka and Biles are changing that outdated practice. They should be applauded for putting the mental health of professional athletes front and center. According to Athletes for Hope, it is estimated that 35 percent of elite athletes suffer from some form of mental health conditions. This is greater than the estimated 20 percent of adults in the general population with mental health challenges, according to the National Alliance on Mental Illness.

Osaka, 23, is special in many ways. She first rose to fame when she defeated Serena Williams in the 2018 U.S. Open women’s singles final. Born in Japan, she resides in California, and at age 20 became the first player of Japanese-Haitian descent to win a Grand Slam tournament. She is a role model not only for her mental health advocacy, but for also being an early supporter of the Black Lives Matter movement and for donating tournament earnings to the 2021 Haitian earthquake relief effort.

“We live in a world where people are so quick to speak and to comment,” Osaka told Women’s Health in their September cover story. “I hope I was able to help some people and for them to see that even athletes are still humans... And, we all are dealing with something in our lives.”

We look forward to her return to competitive tennis. In the event that it’s far into the future, or never at all, we should respect her contributions to the sport, to mental health, and support her decision without reservation. 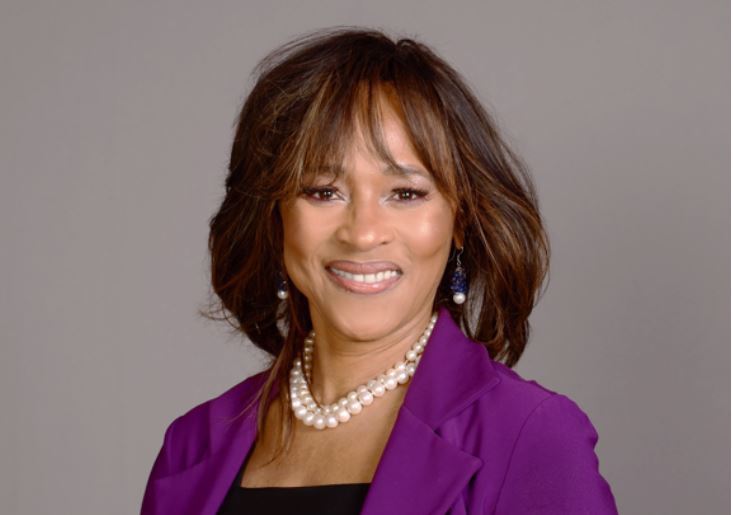 Julia A. Wilson is the chief executive officer and founder of Wilson Global Communications LLC and is the Interim Dean of the Scripps Howard School of Journalism and Communications at Hampton University.