Recruited by LinkedIn, student discovers another world in Silicon Valley

A few months ago, USC Annenberg student Fernando Hurtado was contacted by a recruiter through his profile on LinkedIn, for an internship opportunity at LinkedIn.

The senior broadcast and digital journalism major was completely taken by surprise and nearly didn’t believe it.

“A recruiter has never reached out to me before through LinkedIn, so I thought it was spam. I ignored it for two days,” Hurtado said, adding that he soon reconsidered.

Upon learning more about what a production and events internship with LinkedIn’s Media Productions department would entail, he began weighing his options. His previous internships had been at traditional news media organizations such as NBC LA, Univision and the Chicago Tribune, but the allure of LinkedIn’s Silicon Valley locale was what tipped the scales for Hurtado.

“What a unique opportunity to work in Silicon Valley, alongside engineers, which I thought would put me out of my comfort zone [and] would force me to learn a lot of new things,” Hurtado said. “And I’ve already seen that I am learning.”

The perks weren’t bad either. LinkedIn provides their summer interns with housing, transportation to and from LinkedIn facilities and meals. They also host events for interns, such as happy hours and outings to San Francisco.

So Hurtado accepted the internship, moved out to Silicon Valley for the summer and has since been working with LinkedIn’s Live Productions team. The team is primarily responsible for streaming live events for promotional purposes, as well as to connect LinkedIn employees worldwide.

He admitted that he pushed for his placement on the Live Productions team, one of several teams within Media Productions.

He added: “I’ve had a lot of experience producing content and the creative editorial side, coming up with ideas, but I wanted to get that technical proficiency.”

Hurtado noted that at previous internships, he’d see producers who had great ideas and editorial judgment, but lacked knowledge of the technical side of broadcast news. He said there was always “a clear divide” between the two and he hopes that he can overcome that in his work.

“LinkedIn is really focused on creating content in the next five years,” Hurtado said. “That’s their next big thing, to become the biggest media outlet in the world, which I would never have expected, so that’s really exciting.”

Had he never been contacted by the LinkedIn recruiter, Hurtado said he never would have thought to apply for the internship. He, like many others, thought of LinkedIn as nothing more than a professional social networking site.

Hurtado said students should keep an open mind when it comes to opportunities that diversify their portfolio. He added that his goal in doing so hasn’t been to impress anyone, but to figure out what type of career he’ll pursue.

He admitted that he still wants to produce news content because he thinks he’d miss the fast pace, but now knows that other options are available to him.

“It’s cool to know that there is this other world,” Hurtado said of his experience in Silicon Valley. “It’s a different atmosphere and it’s good to know that this exists.” 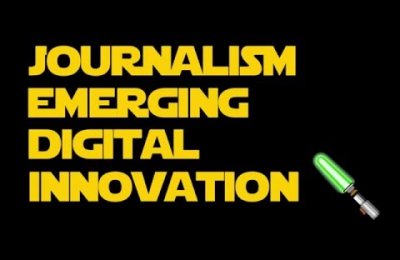 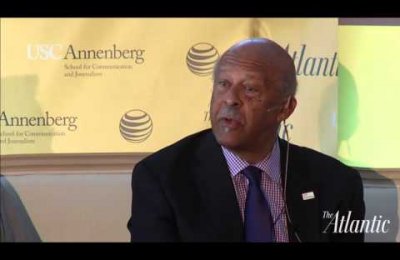