Films like Crazy Rich Asians, The Spy Who Dumped Me, BlacKkKlansman, and The Happytime Murders are poised to provide a much-needed dose of diversity to theaters this summer. But as audiences look to critical reviews to determine if these movies are worth the ticket price, what perspectives are available? A new study reveals that the film reviewers are unlikely to be as diverse as the casts they are critiquing.

The report, titled “Critic's Choice?” is the first from Associate Professor of Communication Stacy L. Smith and the USC Annenberg Inclusion Initiative to investigate inclusion among film reviewers, and examines access and opportunity for film critics. The report uses reviews of the 100 top grossing films of 2017 posted on the site Rotten Tomatoes to assess gender and race/ethnicity of critics, finding that reviewers are overwhelmingly white and male.

“The very individuals who are attuned to the under and misrepresentation of females on screen and behind the camera are often left out of the conversation and critiques,” said Smith, founder and director of the Annenberg Inclusion Initiative. “The publicity, marketing, and distribution teams in moviemaking have an opportunity to change this quickly by increasing the access and opportunities given to women of color as film reviewers.”

“Even among top critics, the words of white and male critics fill a greater share of the conversation than females and people of color,” said Marc Choueiti, the study’s lead author. “Re-examining the definition of a top critic or simply casting a wider net can be the opportunity to open up and diversify the voices heard in the critic space.”

The percentage of women and people of color reviewing as top critics per film was also calculated. While a handful of female-driven movies achieved proportional representation of female top critics, none featured underrepresented critics in proportion to the population. Most strikingly, women of color were completely absent as top critics from 45 of the 100 films analyzed, 19 or 52.8 percent of the female-driven films assessed, and 9 or 37.5 percent of the movies with underrepresented lead characters.

“This report reveals the absence of women of color working as reviewers—especially on movies built around female and underrepresented leads,” Smith said. “We have seen the ramifications of an industry in which the content sold to audiences is created and reviewed by individuals who are primarily white men. Creating inclusive hiring practices at every stage of the filmmaking and review process is essential to meeting business imperatives and ensuring that we see diverse perspectives reflected in society.”

Critics may review multiple films throughout the year, so the researchers measured the number of individual film critics. Of the more than 1,600 individuals working throughout the year, white males were roughly half (53.2 percent), white females about a quarter (23 percent), underrepresented males were 14.8 percent, and underrepresented females were 8.9 percent of all critics. The numbers were similar for individual top critics.

It’s no surprise then, that across all critics, white males wrote the highest average number of reviews each year, at 14.3. Underrepresented male critics composed an average of 11.1, white females an average of 9.4, and underrepresented females only 5.6 reviews on average.

The authors propose several solutions for groups that work with or educate critics. Most notably, they offer a set of target inclusion goals for the field. “Groups should think of the phrase 30/30/20/20—this is the U.S. population breakdown for white males, white females, underrepresented males and underrepresented females,” Smith said. “It sets a clear goal for groups who want to make sure that their ranks reflect the world in which we live.”

The report is the latest from the USC Annenberg Inclusion Initiative, and the first in a series of reports on critics. The second report will focus on differences in review content by reviewer gender and/or race/ethnicity, and a third report will examine relationships to box office performance. The newest report can be found online here. 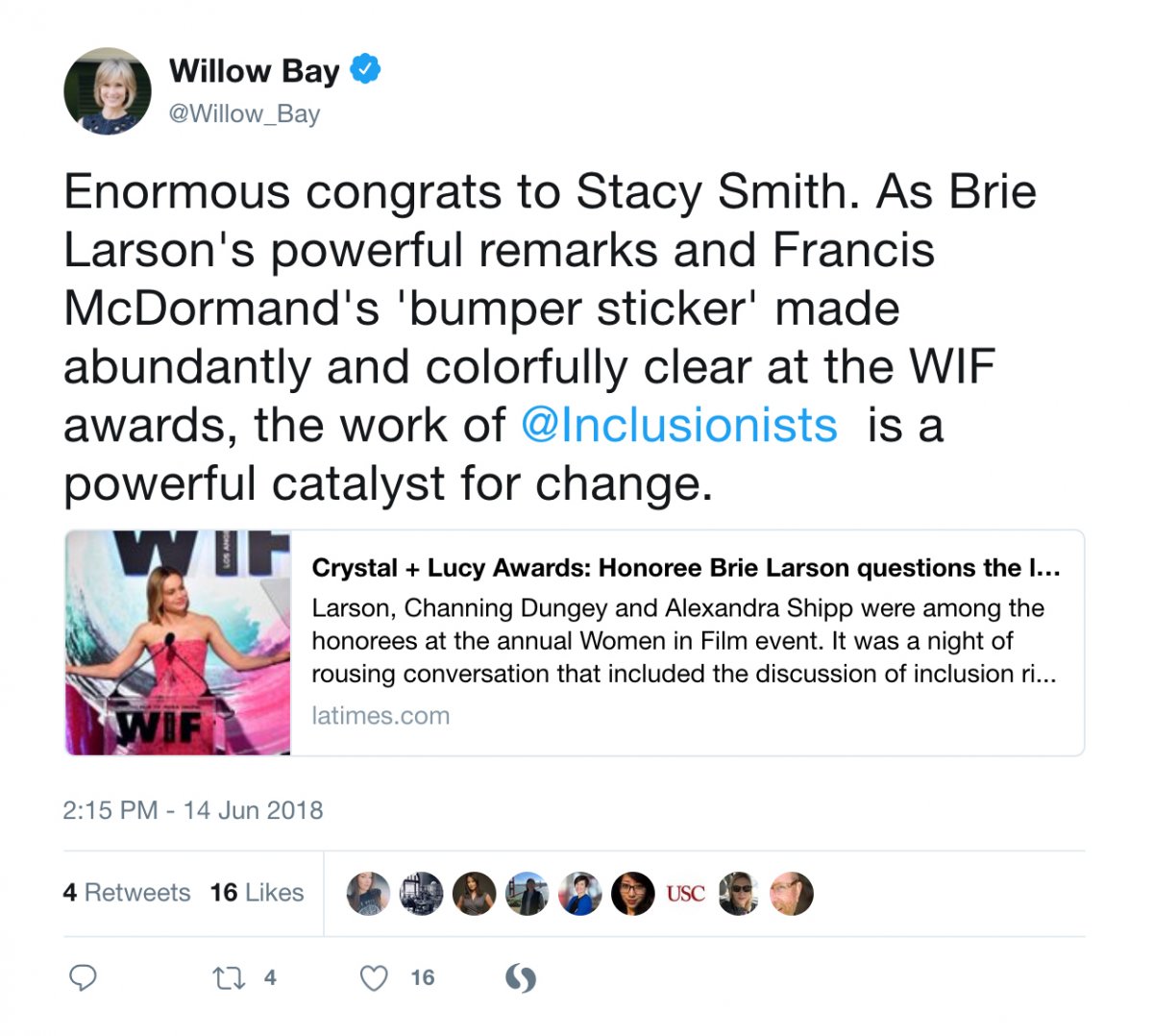 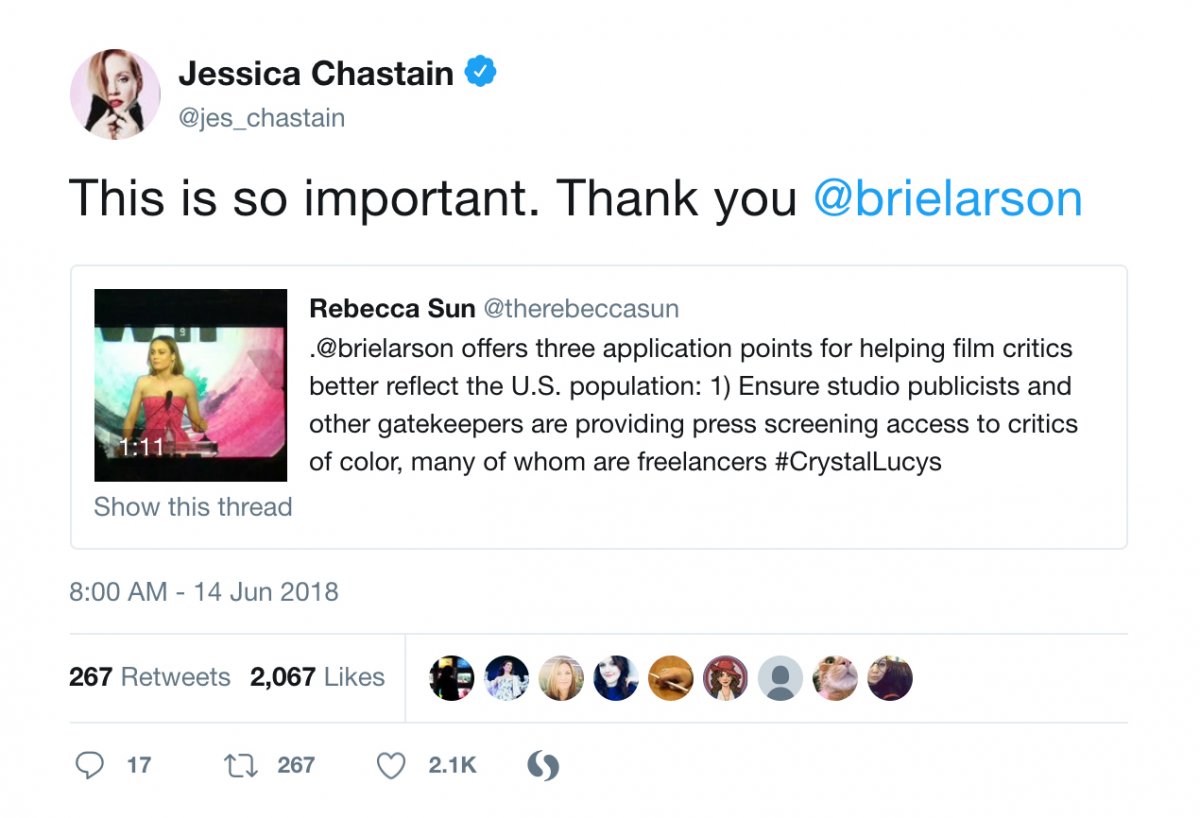 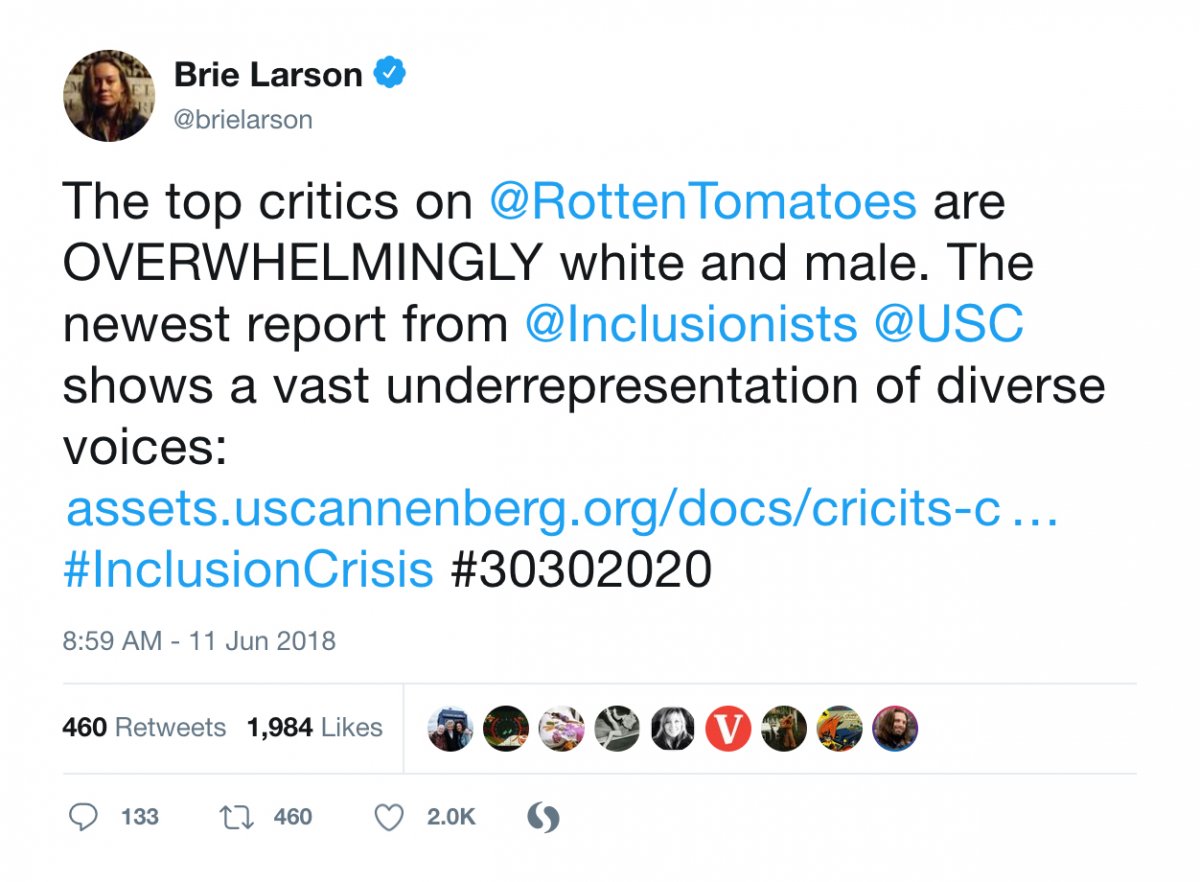