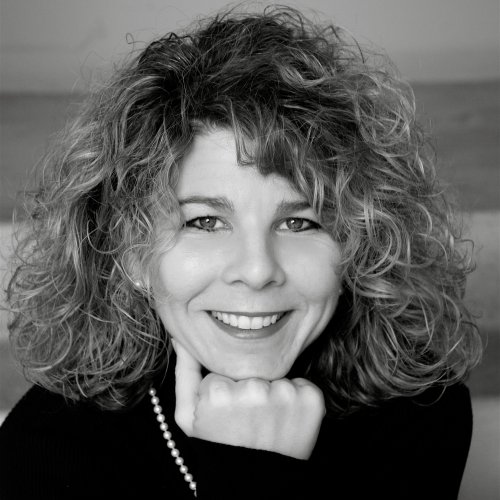 Dr. Smith has written more than 100 journal articles, book chapters, and reports on content patterns and effects of the media. She has received multiple “top paper” awards for her research from the Instructional Developmental Division of the International Communication Association. In terms of the popular press, Dr. Smith’s research has been written about in The New York Times, Los Angeles Times, The Huffington Post, Newsweek, The Hollywood Reporter, Variety, The Wrap, Slate.com, Salon.com, Fivethirtyeight.com, The Boston Globe, and USA Today to name a few. She also has a co-edited essay in Maria Shriver’s book, A Woman’s Nation Changes Everything (2009).  Dr. Smith was the principal investigator of the CARD report, examining Hollywood’s hiring practices on screen, behind the camera and in the executive ranks across the major multiple national media companies as well as digital platforms for distribution (i.e., Netflix, Amazon, Hulu).

In addition to being a prolific writer, Dr. Smith speaks routinely on issues of inequality in the media. She has given a TED Talk (February, 2017) as well as spoken multiple times at the United Nations, the White House, Sundance Film Festival, and the Toronto Film Festival. Other speaking engagements include but are not limited to Promax, CBS This Morning (July, 2017), and LunaFest. Dr. Smith’s work was also the basis for the docuseries, 4%: Film’s Gender Problem which premiered in both Los Angeles and New York.

In terms of partnerships, Dr. Smith has been the intellectual heft behind the content based research of the Geena Davis Institute on Gender in Media (2005-2014) as well as the qualitative and quantitative research coming out of the Sundance Institute and Women in Film (2012 – 2015).  Her work has set the national conversation on employment practices on screen and behind the camera in film. In 2015, LA Weekly named her the most influential person in Los Angeles. Dr. Smith’s research was cited in the American Civil Liberties Union (ACLU) letter petitioning the Equal Employment Opportunity Commission (EEOC) to investigate exclusionary hiring practices behind the camera in film. Senator Barbara Boxer also cited Dr. Smith’s work in an open letter that asked entertainment executives to account for their poor track record hiring female directors.

In 2014 – 15, Dr. Smith began rolling out solutions for industry change. Some of these can be found in her TED Talk. These solutions emerged as Dr. Smith witnessed the ineffectiveness of advocates, non profits, and industry insiders attempting to but routinely failing at creating sustainable industry change. Armed with theoretical knowledge and empirical evidence, Dr. Smith’s solutions are built on decades of research and practices from academia, law, and organizational communication.

Much of Dr. Smith’s work is powered by her Annenberg Inclusion Initiative. It is the leading think tank globally studying issues of inequality in entertainment. Each year, roughly 100 undergraduates work in the lab on multiple research investigations. In the Spring of 2017, the Inclusion Initiative launched The Music Coalition, to study issues of inequality across all facets of the music industry.

In addition to research, Dr. Smith is passionate about teaching. Dr. Smith has been recognized for her outstanding teaching, receiving multiple awards from different constituencies on campus. She has received the Outstanding Professor Award from the Annenberg Student Communication Association three times, the Greek Professor of the Semester Award, the Golden Apple Award from Kappa Alpha Theta twice, the Professor of the Year Award from Gamma Alpha Sigma, and was recognized as an Honorary Member of Lambda Pi Eta. In 2009, Dr. Smith received the Outstanding Teacher and Mentor Award from the Parents’ Council at USC. Mortar Board at USC has also tapped her. In 2012, Dr. Smith received the Trojan League of Southern California 2012 Outstanding Service Award and the LA Woman recognition by Los Angeles Magazine.

Dr. Smith’s hobbies include laughing, drinking coffee and telling stories.  She is also an avid runner, cyclist, and enjoys discussing theology and questions about the meaning of life.

Dr. Smith and the Annenberg Inclusion Initiative's research and reports can be found here.

Animation accelerates toward inclusion
Stereotyped, sexualized and shut out: The plight of women in music
A 2018 box office boom — for black directors
When it comes to film, not everyone’s a critic
Happy to fire, reluctant to hire: Hollywood inclusion remains unchanged
The future is female, just not in film: Image of girls in popular movies bears little resemblance to reality
Quoted: Week of March 6, 2017
Health and entertainment experts discuss Hollywood's on-screen portrayal of aging
Quoted: Stacy Smith on Ageism in Hollywood, and more
Quoted: Diane Winston on the National Prayer Breakfast, and more
It Doesn’t Get Better: No change for female, black, or Asian film directors in a decade
Quoted: Dean Ernest J. Wilson on the five skills employers seek in today's digital economy, and more
Quoted: Stacy Smith on why 'Hidden Figures' is so important, and more
'Transforming Hollywood' brings together industry leaders, academics to discuss exclusion in Tinseltown
Quoted: USC Annenberg professor's guide to keeping up with election news, and more