When USC’s leadership began its serious push into online education, USC Annenberg Professor Rebecca Weintraub was at the front of the line. 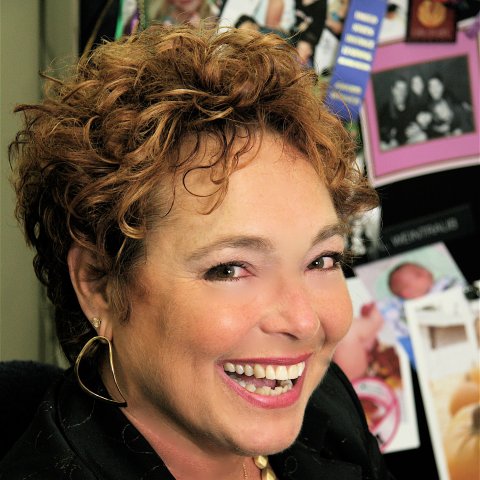 “I’d been wanting to do this for 10 years, and finally technology caught up. When USC President C.L. Max Nikias made clear he wanted online classes that made sense, I raised my hand really fast,” said Weintraub. “I’ve known we needed to do this for a long time. If working professionals couldn't come to us, we needed to go to them.”

May 17 will mark the first-ever commencement ceremony for students who earned their degree online from USC Annenberg. Known as the trailblazers of the school’s advance into online education, 47 working professional men and women will have earned their master’s degree in Communication Management (MCM), coursework that prepares students to manage the process and flow of communication. The focus is on integrating organizational, strategic and marketing communication – whether applied in the corporate, governmental or nonprofit sectors. (Read about one student who completed his degree requirements while serving in the U.S. Army from Afghanistan.)

The program launched in September 2011; there now are about 140 students enrolled.

USC Annenberg also offers a Communication Management degree on campus – and it’s actually the school’s oldest graduate degree. Every faculty member who teaches online has a Ph.D. and also teaches on campus.

“The program is just as rigorous as the on-campus program,” said Weintraub, who has been teaching an online class at USC Annenberg since 2003. “The bottom line is it’s exactly the same degree, the same program, just a different delivery system.”

And Weintraub soon confirmed that the delivery system attracts exactly the kind of client USC was looking for – working professionals. The classes are stacked with men and women working in public relations, journalism, marketing, corporate communication, education, human resources and healthcare.

They were drawn to the program because it promised to be rigorous and demanding. “I didn’t feel comfortable doing any other online program,” said new graduate Daniel Kopec, who writes and produces documentary films for PBS in Seattle. “Even in the workplace, I knew the degree would be recognized and would have value, and it wouldn’t be viewed as a second-tier degree.”

“Personally,” said 40-year-old Kopec, “it was such a huge achievement for me, because it was challenging in the way that you want a master’s degree to be challenging. So it was fulfilling to know I could operate at that level.”

Weintraub maintains that the online degree is in many ways more difficult than the one offered inside the halls of Annenberg. That’s because the degree is designed to be learner-centered. In other words, students are tasked with “pulling” information rather than having faculty “push” it toward them.

In a traditional classroom, faculty members deliver lectures and students discuss the material. But online, students are compelled to pull materials together in an active way. One example is a project that tasks MCM students with solving problems as the chief communication officer of the course’s fictional company. On their own and in groups, they integrate the readings, online materials and data they gather to create a strategic communication plan.

“I suspect it feels like they live in a universe of homework,” Weintraub said. “As they are not in class for three hours a week as the on-campus students are, it completely changes the frame of instruction. I don’t know if the workload is heavier – but I suspect it feels so!”

She admits to sending students mini-pep talks throughout the semester. “I remind them, ‘You wanted a rigorous master’s program! You didn’t want an easy one!’”

“I remember many times during the program, thinking, ‘There’s no way I can get through this,’” said John Perez, 34, a healthcare project manager for UC Davis Medical Center in Sacramento. “And when I got done I thought it was one of the most difficult things I had done in my life. Now there’s no way I’d do anything differently.”

Perez operates at a higher level now, after completing the MCM program, he said.

“When information comes in that’s major or significant for this organization, I look at it very differently than I did two years ago,” Perez said. “I’ll pause, see what the source is, what the risks are, gather my initial thoughts and then present them to the key leaders to see if this is the direction we want to take.

“In the past, I would have a knee-jerk reaction, do something quickly and deal with the fallout. I think strategically now.”

“There was no room for procrastination whatsoever,” said Army Maj. Mike Nicholson, 39, who earned the degree while serving as a public affairs officer in Afghanistan. His workdays began at 7 a.m. and lasted until 8 or 9 p.m. After that, he “hit the books,” so to speak. He slept four to five hours a night during most of the 20-month program.

He usually had Friday mornings off at the base in Kabul, and he’d use that time to catch up. He snuck in time for calls home to his wife and two children.

“It definitely isn’t for everybody,” said Jennifer Davies, 27, who works in corporate communications for Nevada’s statewide energy utility and got engaged, got married and bought a house while earning her degree. “You have to be task-oriented or you’re going to fall behind. Whatever’s going on, you can’t go to bed until it’s done.”

At the same time, she said, “It’s perfect for working professionals who don’t want to give up their jobs and move to LA. All they need is a computer and the ability to carve out time and make it a priority.”

Davies said she also appreciated the real-time aspect of the program and investigating communication blunders or marketing campaigns that had popped up in the news only days or weeks before. The online platform allows the flexibility to update content regularly.

“Then we would read about it, research it, discuss it, analyze it, respond to our classmates and offer feedback. So it’s really an all-encompassing experience. You really apply what you learn,” she said.

Now Davies says she’s much more analytical in her job, especially now that she has training in marketing and can connect the dots of how theory, organization and application work in the communication world.

“You get so caught up in learning your job that you don’t think about the strategy behind it,” she said. “It’s important to know where you want to go before you get going.”

Now her hard work has paid off; Davies recently accepted a new job with the City of Las Vegas as an assistant public information officer. With nearly 500 other applicants vying for the position, Davies is certain her MCM degree helped set her apart.

Meanwhile, though they were separated by states and time zones, the MCM students became friends.

Perez, who’s also an ordained minister, officiated at the wedding of classmate Anna Tretyakov. Some students became the best of friends and talk daily. Others fly regularly to visit each other. A homecoming reception last fall drew more than 50 (including some first-year MCM students) from all over the country. They couldn’t wait to lay eyes on each other for the first time in person.

And that, program leaders say, is by design.

The goal of the degree is not just to impart theory and content. Faculty members also are intent on students graduating with the ability to work with all kinds of colleagues from unfamiliar backgrounds. To that end, they require group collaboration as a central focus of each course – and not by groups that students choose. They’re assigned to groups, which are mixed and switched up regularly. No cliques allowed here, said Neil Teixeira, director of distance learning for USC Annenberg.

“It’s new challenges, new experiences, new people to meet and work with,” Teixeira said, a method that mimics the real-world working environment, where professionals must work with people they don’t know.

“You can’t rely on just working with a team you know. You have to be prepared for the collaborative environment no matter who’s in it. If we can prepare our students to manage team projects and team expectations well, we can prepare them for all kinds of environments, and provide a skill that is going to be applicable in almost any field.”

The strong bond also was forged because of their unique position as the first class in the program, Teixeira said.

“We told them, ‘You’ll make suggestions that will lead to innovations that will impact students to come. I think that empowered them to say, ‘We’re part of a special group at Annenberg,’” he said.

And their input was crucial, Weintraub said.

“I feel particularly proud of these students because they were the early adopters,” she said. “They were the pioneers. They partnered with us and gave us feedback, and their commitment was phenomenal. There was no way of envisioning the rigor, the demands on their time, and they stuck with it. Every graduate is special, but you only have one first-born.

“I said, ‘We’re going here’ and who knew we’d actually arrive? And we’re right on schedule.” 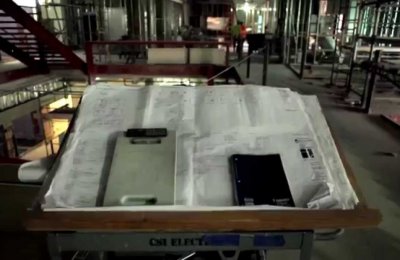