Book Excerpt: 'Children of the Stone: The Power of Music in a Hard Land' 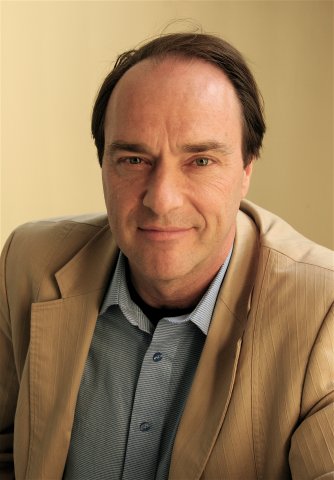 Photo Courtesy of Sandy Tolan
Five young men stare through the windows of their bus, stalled at a military checkpoint known as Qalandia. Outside, an exhaust-choked border crossing divides Jerusalem from the West Bank city of Ramallah. Behind it stands a massive gray wall, seemingly impenetrable except by special permission. The men look out as drivers jockey for position, funneling into a single line before submitting for inspection. Vendors, mostly children, weave through the knots of vehicles, amid the plastic litter and chunks of broken concrete, selling kebab, tissue packets, pillows, bottles of water, and verses from the Qur’an.

Soldiers enter the bus, M-16s on their shoulders. A young woman inspects documents. She orders twenty people off the bus, including the five young men. They will not be allowed to cross the checkpoint in relative dignity, unlike the foreigners who remain on the air-conditioned coach. Instead, they walk through the heat into a trash-strewn terminal and pass down a long narrow corridor framed by silver bars. It looks like a cattle chute on a western American ranch. At the end the men push through two eight-foot-high turnstiles known as iron maidens. A stray cat straddles a wall above them. keep the terminal clean, a sign instructs.

The men crowd with dozens of others into a small holding area in front of a third floor-to-ceiling turnstile. Every few minutes a red light turns green, a click sounds, and three or four more people pass through the iron maiden to place their possessions on a conveyor belt. They hold up their permits to a dull green bulletproof window and look through the smoky glass, waiting. On the other side, bored-looking soldiers glance up, inspect the documents, and, one by one, wave the permit-holders through.

All but the five young men. “You do not have proper permits,” they are told.

Denied the Holy City, the men click their way backward, uncertain what to do next. It is urgent that they reunite with the others on the bus, so they can all reach Jerusalem.

“Hey, boys,” calls an unshaven man sitting on a stool inside a crude metal shed.

“You need to get to Jerusalem?”

“Yes,” says the oldest of the five young men.

The man looks over his shoulder. “Jamal,” he says. “Get these guys to Jerusalem.”

They climb into a battered white van. The door slides shut and the driver begins working two phones, making arrangements. He turns to the men in the van: “Give me the money.” They haggle over price, finally agreeing on eleven dollars each.

A short time later the driver pulls over and steps into a tall garage made of corrugated metal. He returns with a ladder and rests it against the top of the wall. The men approach the base of the wall and look up, shifting their burdens from one shoulder to another.

They are classical musicians: a violinist, a violist, a double bass player, and two timpanists. Their felt bags contain sticks for concert timpani. The blue canvas case holds a violin. The rest of their orchestra is on the bus, rolling south toward Jerusalem. In four hours, they are due to play Beethoven’s Fourth Symphony in the Old City, at a French church built during Crusader times. Hundreds are expected to attend. If these five players don’t make it, the orchestra’s leader has warned, they will cancel the concert. But to play the Beethoven, they will need to scale the wall, risking their lives in the process…