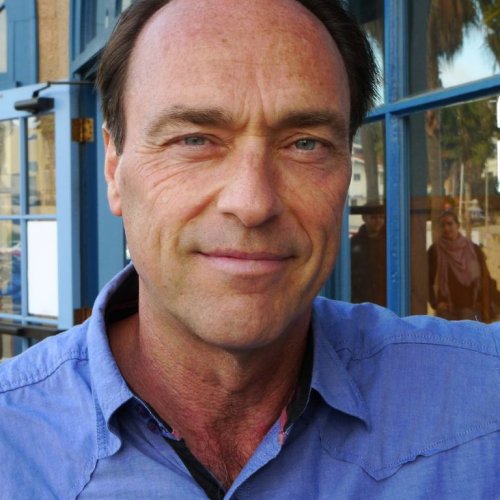 Sandy Tolan, a best-selling author, and an award-winning radio and print journalist, is a Professor of Journalism at the Annenberg School for Communication and Journalism. He is a co-founder of Homelands Productions, which for 25 years has produced international documentary and features for public radio.

Sandy reports on and comments frequently about Palestine and Israel. His latest book is Children of the Stone: The Power of Music in a Hard Land (2015, Bloomsbury), about one Palestinian's dream to build a music school in the midst of Israel’s military occupation. He is also the author of the international best-seller, The Lemon Tree, an acclaimed history of the Israeli-Palestinian conflict.

Work in the Field

Since 1982, Sandy has reported from more than 30 countries and territories, including American Indian country, along the U.S.-Mexico border, across New England and the American West, South and East Asia, and specializing in the Middle East, Latin America, the Balkans and Eastern Europe. A central focus of his work has been the intersection of land conflicts, racial and ethnic identity, natural resources, and the global economy.

Sandy is a co-founder of Homelands Productions, an independent production company focusing on documentary work for public radio. From 2011 to 2014, Tolan and his colleagues produced "Food for Nine Billion," a multi-platform collaborative project for Marketplace, PRI’s “The World” and PBS NewsHour that examined the challenge of feeding the world at a time of growing demand and accelerating climate change.

From 2007 to 2009, Sandy was a lead producer for the Homelands series, “WORKING,” which produced monthly profiles on workers around the world broadcast on public radio’s popular program, Marketplace.  “WORKING” won the Sigma Delta Chi Award for radio feature reporting from the Society of Professional Journalists (SPJ), and individual awards from the Third Coast International Audio Festival and the New York Festivals. In 2003, Homelands began a new public radio series, “Worlds of Difference: Local Culture in a Global Age,” expanding coverage into Africa and East Asia.

Sandy is the author of three books: Children of the Stone: The Power of Music in a Hard Land (2015, Bloomsbury), published in the U.S. and the U.K. to significant acclaim; The Lemon Tree: An Arab, A Jew, and the Heart of the Middle East, (2006, Bloomsbury), which has sold more than 250,000 copies worldwide, has earned numerous honors, and has been published in five languages; and Me and Hank, A Boy and His Hero 25 Years Later (2000, Free Press), an exploration of race and sports in America, which the New York Times called a “solid hit.”

Children of the Stone grew out of two radio stories Sandy produced, one in 1998 and the other in 2010, about Ramzi Aburedwan, a young Palestinian viola player who realized his dream of creating music schools for Palestinian children. The book has received international praise in the Los Angeles Times, Huffington Post Books, the Seattle Times, Ireland’s The Journal of Music, and Newsweek Europe, and has been featured on NPR’s “Weekend Edition” and on the BBC. Critics have called the book “eye-opening,” “heart-rending,” “riveting,” “uplifting,” and “alive with compassion, hope, and great inspiration.”

Sandy joined Ramzi on a national “Children of the Stone” musical and literary tour, accompanied by Ramzi’s Dal’ouna ensemble, at various venues across the country to promote cross-cultural sharing through the fusion of unique musical and literary works. The book was first launched in Los Angeles with a public reading at The Library Foundation of LA’s ALOUD series in April, in which Sandy was joined in conversation by NPR correspondent and host, Kelly McEvers. He also discussed the book’s message of hope through music at USC’s Annenberg School, and at the Los Angeles Times’ Festival of Books as part of a panel on empowering youth through the arts.

His previous book, The Lemon Tree, was based on his award-winning documentary for NPR’s “Fresh Air”. The book was a finalist for a National Book Critics Circle award, and won Booklist’s “Top of the List” award in nonfiction as well as the 2006 Christopher Award for works “affirming the highest values of the human spirit.” The book also won honorable mention for the Sophie Brody Medal for Outstanding Achievement in Jewish Literature from the American Library Association.

Since joining the faculty at USC Annenberg in 2008, Sandy has led a number of in-depth, multimedia projects with his colleagues, students and professional partners on international migration, civil conflict, high school students, and low-wage labor for “The California Report” (KQED), KCRW, Global Post, Fusion, and other renowned outlets.

In 2015, two such projects included, “Far From Home,” (with professor Marc Cooper) a series of stories told in text, video, audio, photos and infographics and published by Global Post and Fusion, and “Between Homelands” (with Karen Lowe) for KQED’s “The California Report” about immigrants who have come to Los Angeles from other parts of the world, and are coping with issues of cultural identity. The series also airs on the Public Radio Exchange. In 2010, Sandy's USC Annenberg graduate students produced "Hunger in the Golden State," a 22-part, multi-platform series of radio, visual, and print stories in collaboration with California Watch of the Center for Investigative Reporting.  The series was broadcast and printed in news outlets statewide.

From 2000 to 2007, Sandy taught international reporting, radio feature and documentary classes at the Graduate School of Journalism at the University of California at Berkeley. For several years he coordinated the school’s International Reporting Project. In 2006, the 11 student reporters in his “Early Signs” climate change class, who produced an eight-part series, “Reports From a Warming Planet,” for Salon.com and NPR’s “Living On Earth” won the prestigious George Polk Award. It was the first time students had been honored with the award.

Sandy has garnered more than 25 national and international journalism awards for his radio and print work, including: a DuPont-Columbia Silver Baton, three Robert F. Kennedy awards for reporting on the disadvantaged, a Harry Chapin World Hunger Year award, a United Nations Gold Medal award, and two honors from the Overseas Press Club.

He served as a Hewlett Fellow on environmental reporting and as an I.F. Stone Fellow at the Graduate School of Journalism at the University of California at Berkeley in year 2003. He was a 1993 Nieman Fellow at Harvard University.

In 2006, his students at UC Berkeley won the prestigious George Polk Award for their public radio series on the early signs of climate change – the first time students have received the honor.

Children of the Stone chronicles the journey of Ramzi Aburedwan, a young Palestinian viola player who realized his dream of creating music schools for Palestinian children. This is a story about the power of music, first, but also about freedom and conflict, determination and vision (April 2015, Bloomsbury).

The Lemon Tree: An Arab, A Jew, and the Heart of the Middle East, an exploration of the lives of a Palestinian and an Israeli who lived in the same house, before and after 1948 (May 2006, Bloomsbury).

Me and Hank: A Boy and His Hero, Twenty-Five Years Later, a memoir, social history and portrait of American race relations, told through the experience of baseball home run king Hank Aaron (June 2000, The Free Press). 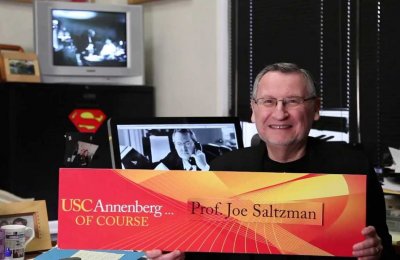 School of Journalism: Still Looking to Fill Your Fall Schedule?