Cyntoia Brown was sentenced to 51 years in prison when just 16 years old.
Courtesy of Netflix
Research and Impact

Cyntoia Brown walked out of prison in August 2019 after serving 15 years of a life sentence for a murder she committed when she was 16. Her story is the focus of “Murder to Mercy: The Cyntoia Brown Story,” a Netflix feature documentary.

Dan Birman directed this documentary and another on Cyntoia’s life that aired on PBS in 2011. He is a professor of professional practice and teaches documentary at the University of Southern California, Annenberg School for Communication and Journalism.

What does Cyntoia’s case tell us about the US justice system?

Cyntoia Brown’s case follows a complex social and legal path, but her story is common to thousands of young people in the justice system. As of 2017, there were nearly 44,000 juveniles locked up in America, and more than two-thirds were black or Latino. Many are serving life sentences with and without parole. Like Cyntoia, they all have stories of their own — stories that the law may not be sensitive to.

How did you come to work with Cyntoia?

In January 2004, I gained access to the juvenile justice system in Nashville because I was interested in telling a story about juveniles who commit serious crimes. When Cyntoia was arrested eight months later, I was invited to meet her. At the time, few television networks were interested in such dark subjects, so I went on this journey without a distributor or the resources to produce the project.

The first documentary, “Me Facing Life: Cyntoia’s Story,” helped stir debate about how young people are treated in the American criminal justice system and helped bring about some reform. In Tennessee, where Cyntoia was sentenced, juveniles can no longer be charged with prostitution. And state legislators are trying to address the state’s harsh sentencing laws. Many other states are developing more progressive laws too.

More needs to be done. Thousands of children each year are arrested for violent crimes. The need for an ongoing thoughtful analysis of America’s juvenile justice system is great.

How are the two films different?

They are different in one key way — depth. The first, while completed in 2011, stopped when it seemed the story was over. Cyntoia was incarcerated, she lost her first appeal and that was the end. But then a legal team came together after seeing the documentary and decided to continue fighting for Cyntoia. This meant that there was still more to play out. The possibility existed that new appeals might be successful, but it was also entirely possible that nothing would happen. Either outcome would be significant. I decided to continue documenting the case. I wanted to complete the full story. The new film was a complete redo, with about 80% of the footage not having been seen before.

Ultimately, “Murder to Mercy” presents the broader social and legal issues with greater clarity due to the expansive timeline in the film. And it provides more insight to the legal process that led to the clemency granted to Cyntoia by Tennessee Gov. Bill Haslam as he was leaving office.

Still, Cyntoia’s clemency left some legal questions unanswered. While Cyntoia was incarcerated, her attorneys filed an appeal with the Sixth Circuit Court of Appeals on the grounds that her sentence was unconstitutional. Had they succeeded, it might have had implications for states with harsh sentencing laws. Arguments were heard, but the court’s verdict was never provided — it was moot due to the governor’s decision.

This means that Cyntoia’s clemency was a personal victory but that no legal precedent was established about Tennessee’s sentencing laws. The new documentary reveals the general legal arguments for her appeal and shows the simultaneous application to the governor for early parole consideration.

What makes this story different is our recording of events and their impact on Cyntoia and her family over 16 years. The audience can see what happened at major milestones in Cyntoia’s case, which gives the documentary unusual depth. It is also a story that centers on journalistic inquiry.

Are you suggesting that journalists have a unique approach to documentary filmmaking?

Yes, definitely. A journalistic approach to documentary depends on balancing a story by vetting facts through research — as opposed to depending solely on a director’s point of view.

To be fair, most documentaries center on facts. But it is possible through cinematic approaches to treat facts in many different ways, from straight verite recording — in other words, using a camera to purely observe — to the inclusion of dramatic recreations using actors and representative locations. 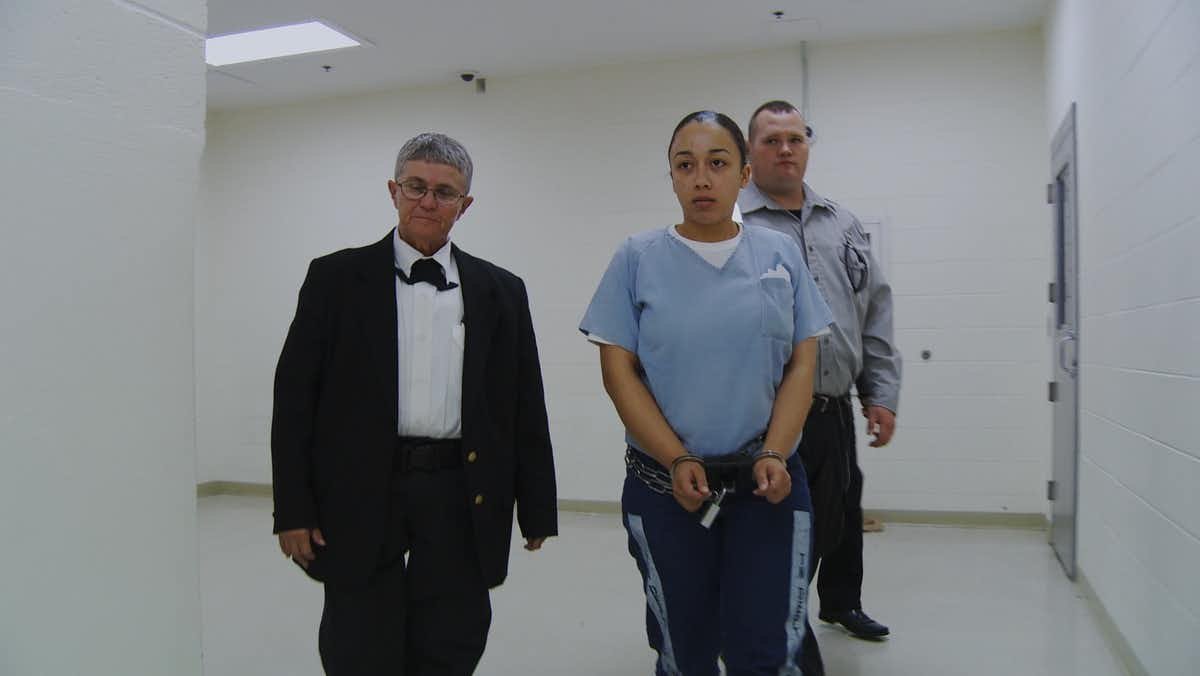 Also, whom we choose to interview and what we choose to show on screen can change, or even limit, the story viewers see. The point is that viewers, while treated to great content, might not be aware of the story balance.

Regardless of approach, truth is important to me. We cannot avoid some bias just by the choices we make. And it is impossible to see or present every point of view, but I believe that what emerges needs to be as close to the truth as possible. As a professor of journalism, I am constantly worried about ethical challenges when creating documentaries and the standards by which we do our craft. This is especially true now that documentaries are more popular.

Cyntoia’s story has been a teaching tool for most of my time at USC. I teach students that what we do is not a right, but a privilege. I learned a lot more from Cyntoia, her family, and the lawyers than would have been possible with short interviews. My experience walks straight into the classroom as an urgent message that it is incumbent upon us to employ best practices when presenting facts.

The tools available to documentary filmmakers when shooting and editing a story are about the same. Budgets tend to dictate picture quality, how much we can do stylistically and how much crew we can afford to help pull it off. But budgets don’t prescribe story ethics. This is up to the filmmaker.

Cyntoia’s case became a lens into large social problems both at home and in the system. It brings inequality in the juvenile justice system squarely into view. Sadly, thousands of juveniles won’t enjoy the attention that Cyntoia gained because we happened to turn the camera toward her. And while we can see change happening nationally, racial and financial disparity remain daunting problems.

Hopefully the biggest takeaway for viewers is that children matter and the laws that judge children at their worst need to be reconsidered. Their circumstances need to be factored in, and not just the violent acts that land them in the criminal justice system.