The power of storytelling in advertising

Television advertising is constantly evolving to create connections with potential consumers. One recent trend has been away from the traditional second-person type of commercial, where the actors pitch directly to the viewer, toward a third-person approach, where the actors tell a story. What’s behind this trend toward more narrative advertising, does it work, and why?

These are the kinds of questions that Eunjin “Anna” Kim, who joined USC Annenberg as an assistant professor in the public relations program this fall, has built her academic career exploring, first as a doctoral student at the University of Missouri School of Journalism, and then at her previous position as an assistant professor in the Temerlin Advertising Institute at Southern Methodist University. 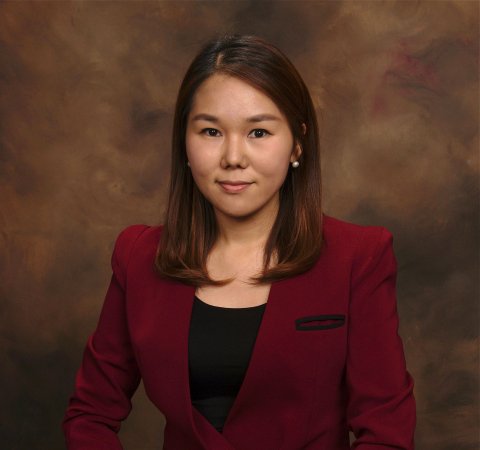 Eunjin "Anna" Kim.
Photo courtesy of: Anna Kim
When you talk about storytelling in advertising, what do you mean?

For most of their existence, TV commercials have been like, “Hey, buy this product! It’s faster, cheaper, more efficient!” It’s kind of annoying — even the tone of the voices. Then, around 2012, I started to see an increase in commercials that tell stories. They don’t always talk about the “selling point,” which was always a big deal in advertising: Why do you have to buy this product? Instead of simply telling you about the benefits of the product, they show how the advertised product can help you achieve your consumption goals. It doesn’t really say anything directly about the product, but still it’s very persuasive.

It’s more about a feeling, and a narrative, right?

Yes, it touches a human emotion and makes a connection. The power is that it’s not really intrusive. People don’t always react well to being told to buy a product. But, structural elements in the narratives, such as the presence of a main character in a story and their actions in the plot, enable a viewer to relate to the story in the ad, which in turn generates more positive feelings in the viewer. Such connection is known to promote vicarious learning through the main character’s feelings, thoughts and beliefs, and is likely to lower the viewer’s resistance to the ad story.

The growing popularity of such storytelling ads has spurred a lot of research interest in narrative persuasion. Researchers have found a positive relationship between story ads and advertising persuasion, and offered various explanations, but the insights generated by previous research were a bit fragmented and overlapping.  So, I wanted to come up with an integrated framework to determine why a story ad is more persuasive than a non-story ad. That was my dissertation.

The second aspect was, okay, now we know story is more effective than non-story, but not all stories are equally effective. What makes some stories more effective than others, and when and how is one story more likely to be effective than another? You create a great story that is entertaining, fun and credible, but if a brand is not well integrated into the story, your ad may not do much for claims about the benefits of the brand. Then you are kind of wasting money. If you go too far, and there’s a crazy story, and then at the end of the commercial, there's a weird voice-over, followed by a brand logo, it can be awkward.

So, brand integration is still critical?

Branding is a process of creating meaning, and attaching that meaning to the brand, and then building a relationship between that brand and the viewer. There are three kinds of relationships: functional, emotional and symbolic.

For example, let’s say, this ibuprofen really helps you recover quickly from your headache. The ad shows a woman suffering from a headache, and then she feels a lot better — that's the functional relationship. An emotional relationship is when a brand makes you feel good about using or owning the brand. Think about one of Budweiser’s famous Super Bowl commercials, “Puppy Love,” which tells a touching story about a friendship between a cute golden retriever and a Clydesdale. Finally, the symbolic relationship would be that Audi commercial from a few years back: A dateless high school student was reluctant to go to prom, and his dad gave him the keys to his new Audi, which gave the teen confidence. That’s symbolic — the car is aspirational, a symbol of who you are, or who you wish to be.

There’s a lot of talk about the power of “influencers” in advertising and marketing now. How do you see them fitting into companies’ overall strategies?

Influencer marketing has become one of the hot topics nowadays. But actually, we know that using the influencers as a marketing tactic can sometimes backfire, particularly with media-savvy millennials. As with any other approach, it’s really important to convey the authenticity of the story you’re telling.

What classes are you teaching now, and what is your favorite part of teaching them?

This semester, I am teaching two undergraduate classes, Introduction to Advertising (PR 340) and PR Research Methods (PR 463). In both classes, I love the energy, diversity, curiosity and enthusiasm brought by my students.

I take my role as an instructor/mentor seriously. Students are living in a world of hyper-competition, which creates feelings of insecurity, anxiety, and self-doubt in spite of their high achievements. I believe one positive encounter can make a big difference in their life. So, I strive to nurture relationships with my students by keeping my communication lines open and making myself available so that I can provide support.