Professor Josh Kun looks into LA’s foodie history with ‘To Live and Dine in L.A.’

Menus are ostensibly utilitarian objects, enabling patrons to figure out what dishes are available at a restaurant. But in his latest book, “To Live and Dine in L.A.: Menus and the Making of a Modern City” author, curator and USC Annenberg professor Josh Kun argues, it is so much more.

For more than a year, Kun and a group of undergraduate and graduate students from USC combed through the Los Angeles Public Library’s 9,000-piece menu collection, weaving together the threads of culinary history in the city — how, where, and what people ate in Los Angeles and what that says about living in the city for the past century.

Published by Angel City Press, “To Live and Dine in L.A.” showcases more than 200 Los Angeles restaurant menus from 1875 through the 1980s. Along with these images are thoughtful texts that help readers move beyond the visual quality of these artifacts. 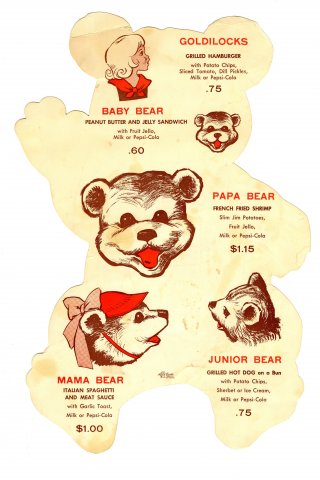 Their commentaries reveal what they would change about the fare and the presentation of these artifacts given today’s culinary landscape. A bulk of which comes from Kun’s thoughtful writing.

Kun teaches readers to look beyond the utilitarian aspects of the menu, to reveal the story of a city in progress. Among the author’s discoveries is the cyclical nature of dining.

“What we now think of as contemporary food trends like farm to table dining, provenance on menus, and health food eating, go back as early as the 1900s,” Kun said.

Kun also reveals the socioeconomic portraits painted by these menus. The earliest menus in the library’s collection were from the upscale dining spots, which raised the question, ‘Where did everybody else eat?’

This isn’t the first time the Kun has tied in culture in a larger context from the visceral. The professor is largely known for his musical dissertations. His last project, “Songs in the Key of Los Angeles” also brought to life a Los Angeles Public Library collection: Southern California Sheet Music from the 1840s through the 1950s.

“Food and music function culturally in very similar ways,” Kun said. “On the one hand, both food and music can be things that tell us who we are, that can restore a connection to our identity, our tradition, our cultural, our past, our family, our memory, to our neighborhoods. At the same time, a song or dish can help us cross out of who we are and think across the boundaries of culture and history.”

“To Live and Dine in L.A.” will be available for purchase this month. An exhibition and public programming at the Central Library will also accompany it starting June 13.

“It’s an exhibition that goes off in its own direction,” Kun said.

The exhibition will feature more than 50 menus from the library’s collection including rare, first editions and menu printing materials donated by The Lord Menu Company, which designed, printed, and delivered menus daily to landmark Los Angeles restaurants like Bob's Big Boy, The Brown Derby, and Perino's.

A suite of public programming including cooking demonstrations, nutrition workshops and conversations on history will also be presented across the library’s 73 locations.