USC Annenberg’s Media, Economics and Entrepreneurship, or M{2e}, program has tapped Dr. Nirit Weiss-Blatt as their visiting scholar for the 2017–19 academic years.

“M{2e} is the ideal home for my work,” said Weiss-Blatt. “I’m deeply impressed by its entrepreneurial spirit and aligned with the program’s study of economic forces that are reshaping the evolving business models for communication and journalism.”

Working with Gabriel Kahn, professor of professional practice of journalism and Christopher H. Smith, clinical professor of communication, Weiss-Blatt is advancing her research on how the news agenda is set in the tech industry.

Prior to her research at USC, Weiss-Blatt worked on both sides of the fence: She began her career as a public relations professional for international tech companies and later, she switched sides to work as a tech journalist (deputy-editor of a tech news portal). That dual perspective is what led her to examine the intersection of technological innovations and journalism. 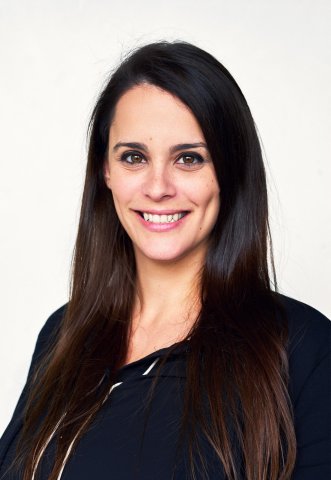 Dr. Nirit Weiss-Blatt, a Visiting Scholar with Annenberg’s M{2e} program, examined the technological coverage in the U.S. over a full year and analyzed 1.5 million articles from the traditional media and posts from the leading tech blogs.
As a doctoral student at the University of Haifa, she studied the interplay between the conventional media, tech blogs, and their readers. Specifically, she looked at how early adopters of new technologies become crucial players in the diffusion of innovation.

In order to examine who sets the tech agenda, she used Big Data tools and looked at over 1.5 million articles from traditional media and posts culled from leading tech blogs. She also used Google Trends to look into the public’s interest in tech-related issues, including products and companies.

“One of the major influences on the media is the media itself,” Weiss-Blatt said. “This imitation process is called an ‘intermedia agenda setting’ in which media content influences and effects other media components. Thus, changing, expanding and impacting the media’s agenda on each other.”

“My previous study found that when tech companies are looking how to promote their tech products,” Weiss-Blatt explained, “they should turn to the A-list tech bloggers as they are the efficient channel for the flow of innovative information.”

Now at USC Annenberg, Weiss-Blatt is thinking even more critically about these intersections. She is expanding her research to include the marketing pressures placed on journalists who cover tech innovation.

“Despite the copious coverage tech receives,” Weiss-Blatt said, “there has been little research devoted to understanding the creation of the tech agenda.” Thus, in her new exploration, she asks, “To what extent do the strategic communication efforts effect tech content?” In collaboration with Burghardt Tenderich, professor of professional practice and associate director of USC Center for Public Relations, they focus on the role of “Tech PR” that strives to shape the tech content.

The fellowship, she said, allows her to participate with peers through groups like the Annenberg Networks Network and the Annenberg Innovation Lab as she seeks to advance the research on the tech news field.

“Every human activity is influenced by technology,” she said. “It is our responsibility to talk about these various implications.”

While continuing her research in fall 2018, she will be teaching “Promoting Innovation in Tech News” for Annenberg’s graduate strategic public relations students and graduate students in the USC Marshall School of Business entrepreneurship studies program.