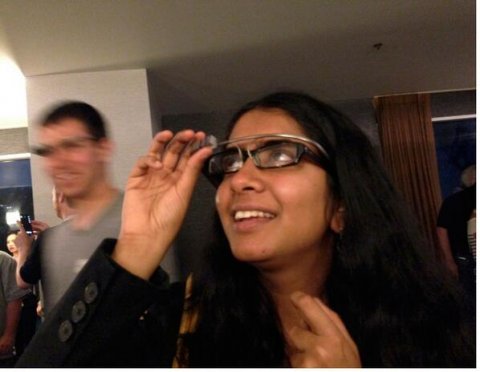 Sinduja Rangarajan knew about data and digital journalism, but she didn’t quite put all the pieces together until she spent the past two years in USC Annenberg’s M.A. in Journalism program. Years ago, she was a market researcher roaming India, “talking to people and understanding what kind of television they liked. It was media, but not journalism.”

Spurred on by the dramatic changes she saw in her country and the enduring impulse to have a social impact, Rangarajan decided to pursue further studies in journalism despite already completing a Bachelor’s degree in Computer Science from the University of Mumbai, and post-graduate studies in Communications from the Mudra Institute of Communications.

“For once in my life, I did the right thing,” Rangarajan said. “You know, you keep trying and keep experimenting with things until you feel happy … What I thought about journalism was what it turned out to be: telling stories and creating change.”

At USC Annenberg, Rangarajan’s eyes were opened to the potential of data and digital to tell powerful stories.

“I wasn’t new to the web because I had a degree in computer science, but using it as a significant medium to tell stories was something,” she said.

Rangarajan is one of 11 students chosen for a Google Journalism Fellowship, which begins in June. Like Emmanuel Martinez — who completed an M.A. Print and Digital Journalism at USC Annenberg in 2014 — before her, Rangarajan will undergo a 10-week program with the Center for Investigative Reporting (CIR), using data-driven journalism to present stories that will improve democracy in the country.

Her fellowship with the CIR won’t be the first time she’s worked with the organization. Last summer, Rangarajan was part of the Knight mobile news research program, which experimented with using mobile devices to gather survey data for news stories from traditionally hard to reach audiences. With a team of students from USC Annenberg headed by professor Dana Chinn, Rangarajan spent a week with CIR editors and reporters sussing out just how pesticides used in strawberry fields are affecting Oxnard, California, a population of 200,000 just outside Los Angeles’s city limits.

In the past two years, many governments have started open data projects, which purports to provide increased transparency and openness on its proceedings.

Rangarajan’s role was to wade through the digital reams of financial data provided by city and county websites in Los Angeles to assess its quality using consumer group CALPIRG’s standardized transparency criteria.

What data have these governments shared publicly? How are these governments translating the information? Is it relevant for consumers? These are the questions Rangarajan helped to answer. She said the assiduous exercise was very different from her coursework. “It was actually about understanding the nature of data itself,” Rangarajan said.

The work was by no means straightforward or easy, but Chinn said Rangarajan has the qualities to draw out the gems of information buried in haystacks of data.

“She’s not afraid to tackle anything, especially with data, which is extremely important, because you’re looking at rows and rows of something,” Chinn said. “It might be messy and very intimidating.”

But Rangarajan enjoys working to that level of detail, and finds a certain meditative quality to it.

“Any kind of coding, data work is very hands on,” she said “You just get it and you do it, you do it, and you keep on doing it. You can just cut off from the world and you just keep going at it.”

Her persistence will come in handy during her fellowship. Martinez, last year’s Google Fellow from USC Annenberg, helped CIR editors and reporters on a story looking into government employee salaries in California. Part of Martinez’s responsibilities included ensuring figures reported in government websites were accurate.

“It was corroborating whether the outliers were actual outliers and not reporting mistakes by government agencies,” Martinez said.

Sitting at his desk at CIR’s offices, where he continues to work even after the conclusion of the fellowship, Martinez credits Chinn for showing him the “tip of the iceberg” of data journalism.

Rangarajan, for her part, is looking forward to her time at CIR. Her work at USC Annenberg has set her on the right path and she views her upcoming fellowship as a valuable experience.

“There are other newsrooms where you are the only developer,” Rangarajan said. “That might not be the best place to start because I have a lot to learn and I want to grow. I’m going to a place where people have done this stuff and people are doing good quality journalism as well.”

Top image of the Mountain View, Calif. headquarters of Google is courtesy of Google press images.