Cyntoia Brown walks from jail to a van that will carry her to her criminal trial in a scene from Me Facing Life: Cyntoia's Story
Research and Impact

Cyntoia Brown, whose conviction for murder and 60-year prison sentence in Tennessee drew widespread public attention following USC Annenberg professor Daniel H. Birman’s documentary film focusing on her case, has been granted clemency and will be released from prison later this year.

Tennessee Gov. Bill Haslam announced today that he has granted Brown full clemency. Her release date is set for Aug. 7.

Brown’s case was the subject of the 2011 PBS documentary film Me Facing Life: Cyntoia’s Story. Produced and directed by Birman, the film recounts Brown’s tragic childhood, which led to her running away and being forced into prostitution by an abusive, addict boyfriend. On the night of August 6, 2004, she was picked up by a 43-year-old man, went back to his home and, claiming she feared for her life, shot and killed him.

“This decision comes after careful consideration of what is a tragic and complex case,” Haslam said in a statement. “Cyntoia Brown committed, by her own admission, a horrific crime at the age of 16. Yet, imposing a life sentence on a juvenile that would require her to serve at least 51 years before even being eligible for parole consideration is too harsh, especially in light of the extraordinary steps Ms. Brown has taken to rebuild her life. Transformation should be accompanied by hope.”

Brown’s attorneys released a statement from her, thanking Haslam “for your act of mercy in giving me a second chance. I will  do everything I can to justify your faith in me." 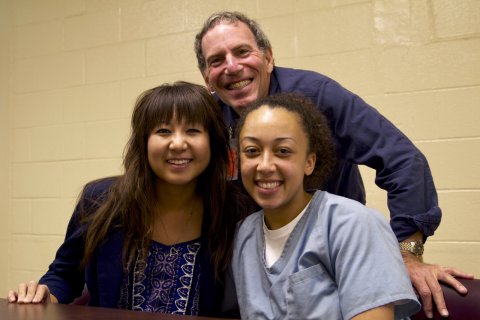 Birman and his team filmed the documentary over the course of six years, interviewing Brown, her family, doctors, psychologists, lawyers, and others involved in her case.

Currently working on the follow-up to the first film, Birman is in Tennessee with Brown’s legal team, documenting their reaction to this welcome news.

“This is a sobering moment for me, one that is hitting me in bits and pieces,” Birman said. “Beginning this project in 2004, I could not imagine the impact it would have. I remember feeling helpless. The juvenile justice system had failed this young child who had been through more abuses in her 16 years than anyone should ever experience in a lifetime.”

Adjunct professor Megan Chao began working as an associate producer and researcher on the original film immediately after earning her master’s degree in broadcast journalism from USC Annenberg, and is a producer and editor on the follow-up.

“Reflecting on the last 10 years that I have been a part of this project, and all of the incredibly hard work we’ve done on this, is remarkable,” Chao said. “Early on, there was little hope for change in Cyntoia’s fate, with years of denied appeals and failed legislation.  But slowly, reluctantly, finally — the most conservative state in our nation becomes a hopeful example for juvenile justice reform.”

Articles by Birman seeking justice for Brown and other juvenile offenders ran in both national and Tennessee media. Birman said that a 2018 parole hearing for Brown was a “glimmer of hope.” The case also received renewed attention last year, with several activists and celebrities – including Kim Kardashian West and Rihanna — calling on Gov. Haslam to intervene in the case.

The follow-up film, tentatively titled Me Facing Life 2: Cyntoia’s Fight for Freedom, is scheduled for release this fall. Another USC Annenberg alumna, adjunct professor Susy Garciasalas Barkley, is also a producer on the film.

“We are watching a conclusion of one chapter of Cyntoia’s life as another begins,” Birman said. “Even more, what we’re seeing is a rare moment when we can trace a profound social impact to the hard work of journalists doing documentary filmmaking.”