As a senior editor for Religion Dispatches, a daily online magazine about religion, politics and culture, Falsani will lead the three-year Re/Mapping American Christianities project. She will work alongside the magazine’s co-editors, Lisa Webster and Evan Derkacz. In addition to launching the new initiative, Falsani will work with USC Annenberg journalism students who are interested in covering religion and spirituality.

The Re/Mapping American Christianities project is funded by a $1 million grant the Lilly Endowment Inc. awarded to the USC Annenberg School for Communication and Journalism in December. Religion Dispatches is overseen by Diane Winston, Knight Chair in Media and Religion.

“Cathleen is one of the country’s leading religion journalists,” Winston said. “She has an unerring sense of how people live out their spiritual commitments and find meaning in their daily lives.”

Falsani was religion writer for the Chicago Sun Times from 2000 to 2010 and most recently religion columnist for the Orange County Register, where she covered the election of Pope Francis in Rome and his first pontifical year. She served as web editor and director of new media for Sojourners magazine and she has been a longtime contributor and columnist to Religion News Service. Her writing has appeared via numerous media outlets including Rolling Stone, Washington Post, Chicago Tribune, Christianity Today, The Atlantic, and TIME. Her sixth and most current work explores the spiritual, social, cultural, political, and technological reasons for Pope Francis’ popularity.

"I am thrilled to be joining colleagues who are passionate about serious journalism at the intersection of faith and culture." Falsani said. “Re/Mapping American Christianities project will explore the root questions behind shifting cultural expressions of identity, meaning, and lived beliefs that are inextricably tied to the American experience.”

Falsani, who holds degrees from Northwestern University and Garrett-Evangelical Theological Seminary, was honored as the 2005 James O. Supple Religion Writer of the Year by the Religion Newswriters Association, and has twice been a finalist for the Templeton Religion Reporter of the Year award.

Launched in 2008, Religion Dispatches has been nominated for a Webby Award three of the last four years. In 2014, it had 2.7 million unique views. The site moved to USC Annenberg in October 2013.

Quoted: Robert Hernandez on what VR means for journalism, and more
Religion Dispatches recognized with 2016 Wilbur Award for coverage of pope 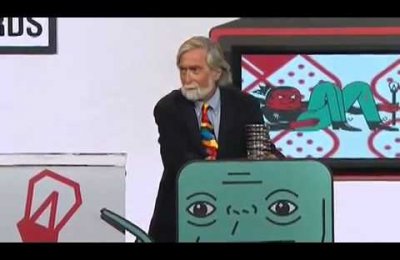