Vaughn’s trajectory to Sundance, however, was a little different from Yoka’s. Instead of screening a film at the legendary film festival in Park City, Utah, he was one of the behind-the-scenes people at Sundance responsible for its programming. 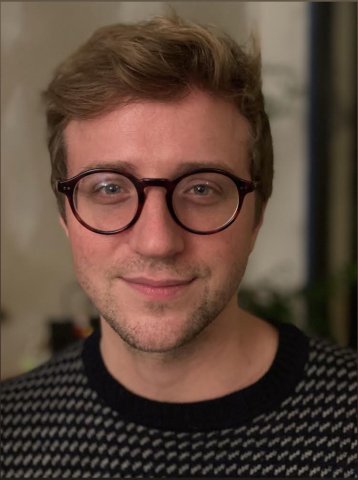 Harry Vaughn.
Courtesy of Harry Vaughn
Growing up, Vaughn’s interest in film veered more towards film criticism. After watching a film, even as a kid, he would write up a review. In high school, some of the reviews were even published in the school newspaper. As an undergraduate at Emerson College in Boston, he majored in acting, and decided to return to school after getting his bachelor’s in 2010 to get a master’s degree. “I wasn't just looking to become a better film critic. I wanted to understand film within the context of Los Angeles,” he said.

Vaughn started working at Sundance soon after beginning the master’s program, and delayed taking courses, ending up earning his degree a few years later in 2013. Over his now eight years with Sundance, Vaughn worked his way up from an intern to his current position as a film programmer. He said that one of the key features of the specialized journalism program was that it allowed him to not only take journalism courses, but also classes across the university. He enrolled in film studies and music courses, naming Tim Page, professor of journalism, who holds a joint appointment at USC Annenberg and USC Thornton, as one of the people who helped prepare him for his current position. From that class, he learned how to “understand the critical thinking behind the music,” he said.

“The program gave me this expansive knowledge about how to talk about things and how to take in things,” Vaughn added. “Being a programmer is so much more than writing your own opinion about a film. It's really about interacting with a group of people and discussing, not just the film itself, but the artists behind it.”

Vaughn then provided a sneak peek into the day-to-day functions of a feature programmer, explaining how he and twelve other people help select the films to be shown at the festival. From September to December, they watch hundreds of films and then “hash it out in the room every week to figure out what are the best films to show,” he said. Other aspects of his position include introducing the films and the filmmakers to the public and traveling around the world to visit film markets and festivals to scope out new talent.

The collaborative nature of the sessions and how you need to come in prepared to make a pitch for a movie you love, he explained, is a “really delicate balancing act between bringing your own voice and listening to other people,” he said. “This is why I actually prefer the job to just having been a film critic. I'm forced to listen to other people's opinions, which often change my own opinion about a film. I think that enables us to make the best decisions.”