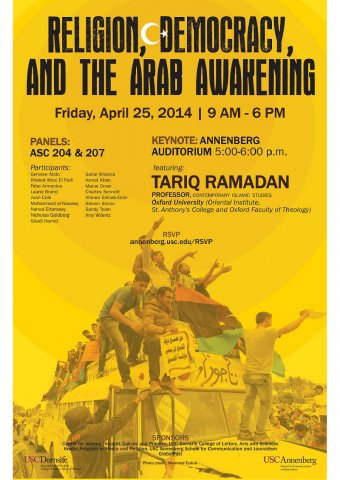 To provide a comprehensive look at prospects for the coexistence of religion and democracy post-Arab spring, a groundbreaking conference “Religion, Democracy and the Arab Awakening” will be held Friday, April 25 at the USC Annenberg School for Communication and Journalism.

The inaugural event for the USC Center for Islamic Thought, Culture and Practice, the Center will co-sponsor the conference along with the USC Knight Program in Media and Religion and GlobalPost, an online U.S.-based news company focusing on international news.

The “Religion, Democracy and the Arab Awakening” conference starts at 9 a.m. and ends at 6 p.m. and is open to the general public, scholars and journalists.

“This conference will exemplify the Center’s commitment to supporting and producing scholarly research and community engagement between Islam, Muslims and contemporary society, East and West, by bringing together experts and leading authorities who can speak to the ideals and realities of the modern Muslim world. Our goal is to help us better understand its present, and more sensibly anticipate its future,” said Sherman Jackson, director of the Center for Islamic Thought, Culture and Practice.

At the heart of the day’s discussions will be what is known as the “Arab Spring,” which began as a series of uprisings that toppled dictators in the region, including Tunisia, Egypt, Libya, Syria, and Yemen. 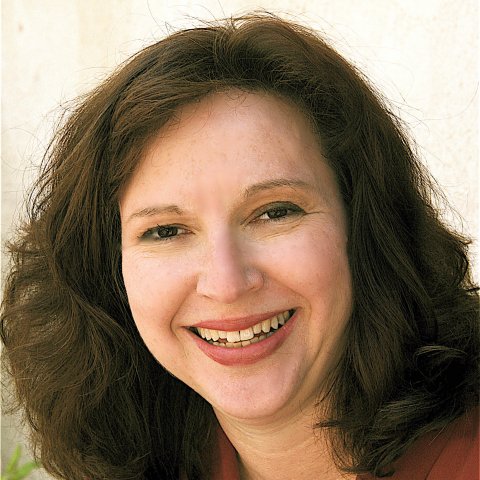 Diane Winston
“The depth and speed of change in the Middle East requires journalists to understand the region’s religio-political and cultural history,” said Diane Winston, a USC Annenberg professor and Director of the school’s Knight Program in Media and Religion. “This conference enables the next generation of reporters to learn from scholars, policy makers, activists and journalists who are well-respected experts in this area.”

World-renown scholar and lecturer, Tariq Ramadan, Oxford University Professor of Contemporary Islamic Studies, will deliver the keynote speech at the conclusion of the daylong conference at 5 p.m. in the Annenberg Auditorium. Considered one of the most prominent Muslim intellectuals in Europe, Ramadan was named by TIME magazine in 2004 as one of the most important innovators of the 21st century. He is a significant contributor to the dialogue of Muslims in the West as well as Islamic revival in the Muslim world.

To start the conference, top editors and journalists will moderate most of the panel discussions. They include Nicholas Goldberg, editor of the editorial pages of the Los Angeles Times; Ahmed Shihab-Eldin, producer of Huffington Live; author Juan Cole, and Charles Sennott, co-founder of GlobalPost.

Laurie Brand, a Robert Grand Ford Wright Professor, Professor of International Relations and Professor of Middle East Studies at USC Dana and David Dornsife College of Letters, Arts and Sciences, will also moderate an afternoon panel on “The Democratic Ideal Among Islamist Groups.” USC Annenberg’s Sandy Tolan, author of The Lemon Tree: An Arab, a Jew, and the Heart of the Middle East” will join the panel “Christians in Jewish and Muslim States” moderated by journalist Amy Wilentz.

The panels will be open to the public and held at USC Annenberg. For details and to RSVP, click here or visit: http://annenberg.usc.edu/Events/2014/140425ReligionDemocracyArabAwakening.aspx

What We Missed from the Pepsi Fiasco: Social Justice and Education in Social Media
Something About My life-The Fusion of North American and Asian Cultures
USC Annenberg hosts second annual NPR Next Generation Radio, focuses on “First Days in America”
New Study: Aging Americans Snubbed in Best Picture Films
National Prayer Breakfast: What does its history reveal?
Five Minutes with Bill Celis: On embracing diversity initiatives and his new role at USC Annenberg
It Doesn’t Get Better: No change for female, black, or Asian film directors in a decade
Quoted: Stacy Smith on why 'Hidden Figures' is so important, and more
Communication leaders and experts discuss CPR's 2017 Relevance Report