Fred Cook is the director of the USC Center for Public Relations (CPR) and a Professor of Professional Practice in the Annenberg School. As the director of CPR, he connects businesses, agencies, academics and students to advance the study and practice of public relations through research, education and innovation.

Cook is also the Chairman of Golin, one of the world’s largest public relations firms, with 50 offices around the globe. For the last 30 years, he has been providing marketing advice and crisis counsel to blue-chip companies like Nintendo, McDonald’s and Toyota. He has also worked personally with Jeff Bezos, Herb Kelleher and Steve Jobs.

Under his leadership, Golin has been voted agency of the year more than a dozen times and Cook has been named one of the most powerful people in PR. Four years ago, he replaced Golin’s traditional hierarchical structure with a radical new model called g4, where communities of specialists deliver insights, ideas, engagement and integration to their clients.

In 2014, Cook authored a book titled Improvise: Unconventional Career Advice from an Unlikely CEO, which shares the wisdom he learned as a cabin boy on a Norwegian tanker, a doorman at a five-star hotel and chauffeur for drunks. Since his book was published, he has spoken at more than 50 colleges around the world, which has given him a deep appreciation for the pressures students are facing and the dreams educators are striving to fulfill.

Fred is a member of the Arthur W. Page Society and of the Public Relations Society of America (PRSA), for which he has been honored with its Gold Anvil Award and induction into the PRSA College of Fellows. 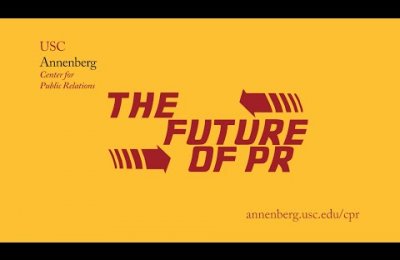