Two months, 100 hours of footage, zero hours of sleep and a sprained neck later, the hardest group project I’ve ever worked on was done. The project was for Professor Craig and Levy’s Visual Storytelling class, and it required us to make – write, cast, shoot and edit – our own web series. 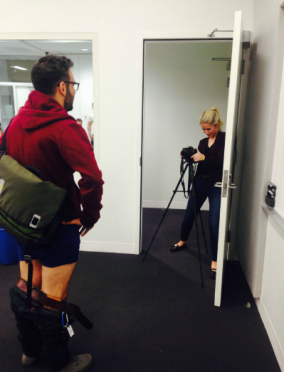 The project was tough because it pushed my group members and me out of our comfort zones; with very little previous production skills, we were suddenly writing scripts, learning how to work a camera and realizing just how long it takes to edit footage. But, as difficult as it was, the project was also the most fun and rewarding part of my degree at Annenberg. I got to create something really cool from scratch, and developed valuable production skills that later helped me land an internship in the entertainment industry.

I also got to work with a group of girls that, thanks to countless group meetings and a weird shared love for Panda Express, have now become lifelong friends. Even months after the project has ended, we’re still talking about fun it was to shoot. We’re also making plans to visit each other in our respective cities (in Canada, China and the USA) after graduation. There’s just something about pulling all-nighters (yes, we were still filming our project the night before it was due…) that brings a group of girls together. 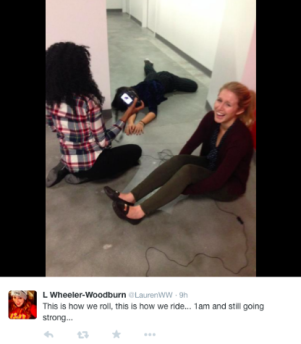 So, to future and current Annenberg students – do yourself a favor and take the Visual Storytelling class, especially if you want to work in the entertainment industry. You’ll get to learn from professors who really know their stuff, and you’ll work on group projects that actually relate to the real world.

P.S. The sprained neck was from when we were filming a girl-fight scene and our actors (read: us, because we didn’t have the budget to hire real actors) got a little too into the scene, hah!