Joining the conversation on climate change

Using their powerful commitment to social justice, their voices, and their networks, Gen Z is not only mobilizing their generation, but inspiring all of us to call for meaningful action on climate change.

At USC Annenberg, our students are on the forefront of this effort and are helping to play an essential role in leading critical conversations around issues of environmental sustainability. 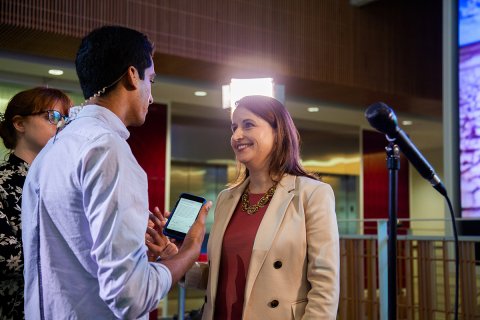 Just days before Greta Thunberg tore into world leaders at the United Nations, USC Annenberg students had the opportunity to question 2020 presidential candidates about their climate change proposals on a national stage as part of MSNBC’s two-day Climate Forum held at Georgetown University on Sept. 19-20. USC was chosen — alongside Iowa State University and the University of New Hampshire — as one of three satellite locations where MSNBC filmed live, allowing students across the country to participate.

“It was exhilarating to ask Bernie Sanders a question about something that I care about, not just as a journalist, but as a voter,” said journalism and political science major Morgan Stephens.

Christina Bellantoni, director of USC Annenberg’s Media Center, served as host of our watch party in Wallis Annenberg Hall’s Forum lobby, and told me how she was nervous about filling seats, especially at 6 a.m. on a Friday. But, she added, our students packed the house by 5:55 a.m.

“They were there because they are so passionate about the climate crisis and they really wanted to ask their questions,” Professor Bellantoni said. “They were engaged and excited and had done their homework on the candidates and their platforms. I ended my day so hopeful not just about our own campus, but about the future for my son. This generation has it right on this issue and is actually able to affect change.”

Addressing climate change is just as important to our new USC president, Carol L. Folt, who has named sustainability among her four top priorities. In the week leading up to her inauguration on Sept. 20, she took the time to hold a special prep session with our students to share her expertise and insights as they formulated their questions.

Smart, substantive and well-informed. Here is a selection of some of the impressive questions our USC Annenberg students posed and links to watch the candidates’ responses. 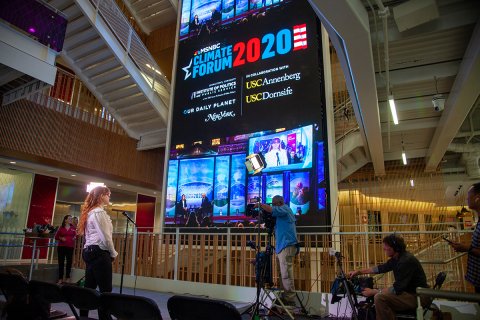 “You’ve mentioned a lot about the domestic approaches to the climate change issue this morning. And I’m wondering more about your international approach. Would you have the U.S. rejoin the UN Paris Agreement? And, if so, do you think there are any policies that it lacks that you would help to implement?”

“You recently said that you won’t turn your back on workers in places like West Virginia. So, as fossil fuel jobs are replaced by environmentally sustainable jobs, as president, how do you plan to make sure that these workers are trained to compete in a new, greener industry?”

“You mentioned earlier that four more years of Trump would be a disaster, but we can’t assume that a Democrat will defeat President Trump in 2020. That doesn’t mean, though, that the fight against the climate crisis has to end. If Trump is re-elected, how do we not abandon efforts for investing in alternative energy sources and cutting carbon emissions moving forward?”

“You’ve talked a lot today about climate deniers and people you can’t work with, many of whom are in your own party. I come from a very conservative area, but I know a lot of people who are very excited to help and I think they would be able to help with the right leader. But, specifically in Congress, which members of Congress do you think you would be able to work with as president if you were elected?”

You can also read coverage of the Climate Forum by our Annenberg Media team here.

With USC’s new president renewing our university’s commitment to sustainability, and with millions around the world — including students here on campus — holding a global climate strike, and with MSNBC amplifying student voices, I’m feeling cautiously optimistic about progress. As Gen Z uses their collective voice to demand action, I am certainly ready to follow their lead. 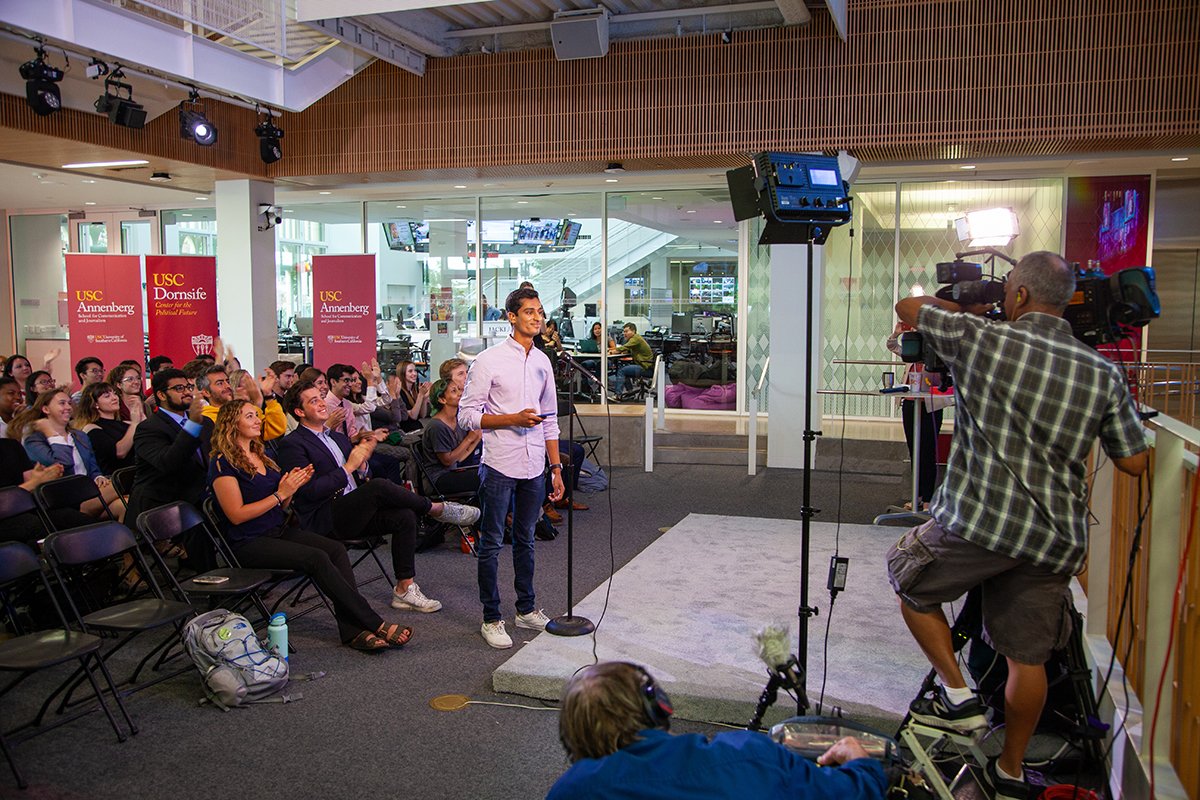 Special Note: I would like to express special thanks to Professor Christina Bellantoni, who helped spearhead organizing efforts and served as emcee of the watch parties both days. We are also grateful to USC Annenberg’s Center on Communication Leadership & Policy and our cross-campus partner, the USC Center for the Political Future.

This article was originally published by Dean Willow Bay on LinkedIn. Connect with her and USC Annenberg.