For much of her academic career, Christina Dunbar-Hester has explored how ideas of diversity and identity manifest themselves in technological fields. Rather than larger firms, she has been particularly drawn to smaller communities and subcultures in tech. Her first book, Low Power to the People: Pirates, Protest and Politics in FM Radio Activism, examines how activists helped convince the federal government to grant more broadcast licenses to small community radio stations.

An associate professor of communication, Dunbar-Hester has now applied the same ethnographic approach to researching hacking and open-source software communities. Her new book, Hacking Diversity: The Politics of Inclusion in Open Technology Cultures, is due out from Princeton University Press in 2019.

In her research into both the community radio and hacking subcultures, Dunbar-Hester says she has found that these smaller entities often wrestle with the same cultural barriers to entry as large corporations. Groups that are underrepresented in mainstream tech culture — women and people of color — are also underrepresented in outsider tech culture. Since open-technology groups often explicitly value diversity, inclusion and social justice, Dunbar-Hester has taken a close look at the steps these groups have taken to diversify their ranks.

While Dunbar-Hester has been digging into diversity and inequality in these niche groups, the broader U.S. culture has also begun a very public conversation about its own shortcomings when it comes to inclusion. Especially in the fields of entertainment and technology, the #MeToo movement has brought issues of gender-based harassment and diversity to the forefront of the national consciousness. Dunbar-Hester spoke with us about how issues of diversity and inclusion are framed and discussed in the world of high-tech, and how she is helping USC Annenberg students become sophisticated consumers of both technology and tech culture. 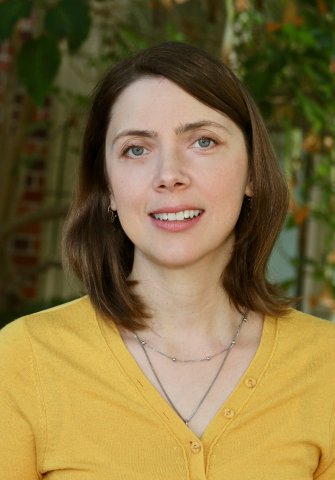 Christina Dunbar-Hester.
Photo by: Maggie Taplin
You examined a very specific subculture in your first book. How did issues of access and diversity come up in that research, and how did they lead into the next one?

The Philadelphia-based organization I followed were advocates for community media who worked to get the laws changed to grant licenses to small non-commercial radio stations and helped build those newly licensed stations all over the country. As the radio activists promoted electronics tinkering in order to “demystify” technology, they encountered different levels of skill and interest across different demographic groups around that kind of work.

What’s the central premise of your upcoming book, Hacking Diversity?

I’m looking at hacking and free and open-source software spaces — participatory ideals, technological production and questions about how open these communities actually are. Even if they’re framed as open to anybody who wants to be there, there's definitely a sort of tension with who’s there and who’s not there, specifically, in many cases, women and people of color. Diversity work is occurring in spaces like the Python programming language community, and feminist hackerspaces are also an outgrowth of these conversations. The book is an anthropological look at conversations in some of these communities, alongside, but not identical to, the bigger conversations about diversity in tech. The U.S. has amazing disparities, both in terms of access to technology, and the perception of who is a technological agent, and that’s one of the things this book is about.

With the #MeToo movement — especially in the media, entertainment, and technology fields — there has been some pushback on efforts toward greater diversity and inclusion. Do you engage with that at all in your research?

I made a choice with this book that I wasn’t going to really write about the resistance to diversity advocacy or back-and-forth other than to acknowledge that in some places, yes, there has been pushback. But #MeToo shows that there’s consensus that this kind of work is needed right now. We have to bring to the fore these issues of representation and participation.

How did recent developments affect the writing of your book?

I wound up changing the introduction after #MeToo happened because it became evident that the kinds of conversations that were happening in the voluntaristic tech communities I was researching were actually part of a much wider cultural reckoning. I have some quotes from people who I interviewed in around 2012 who were saying things like, “Well, we realized we had a problem and there were people getting harassed. And if we didn’t make sure that this didn’t happen, they would get turned off and leave forever and we wouldn't change our communities.” They were talking about this in their specific tech domains, but you can imagine that statement coming out of the entertainment industry, or many other domains.

You’ve been teaching undergraduate and doctoral students at USC Annenberg for about three years now. What kind of impact do you believe your classes have had on them?

I teach one of our big undergrad classes, “Communication and Technology,” in which we talk about the history and present of computing, including issues like geek culture, race, class, gender, social power and equality. I’ve also been doing quite a bit in that class with environmental topics — thinking about energy consumption and resource extraction, the chains of supply and post-use that our communication technology moves through. Students are very interested in and receptive to these issues. One of the things that’s hard for me as an educator is, I don’t want to just make them feel hopeless and bad about all of this — things like, people in China like breathing the fumes of melting down the circuit board of the computer you’re using in class today after you dispose of it! I’m trying to get them to think about ways that we would solve this problem and think about it as a collective global policy issue, and not just a problem with individual consumption habits.