Images as part of a series of stories of African Narratives.
Photo courtesy of: The Africa Narrative
Research and Impact

A report released on Thursday by the USC Annenberg Norman Lear Center Media Impact Project reveals that Americans seldom see mentions of Africa or Africans on popular television shows or in the news; and when they do, the portrayals are often negative and stereotyped.

The Africa Narrative is a global initiative harnessing the power of the arts, media and entertainment, business, education and philanthropy to engage the world in new stories of modern Africa. The initiative is based at the Lear Center’s Media Impact Project at USC Annenberg School for Communication and Journalism, in partnership with CrissCrossGlobal, an international communications consultancy. The initiative will broaden awareness of the region and its 54 nations through research, communications campaigns and collaborations with partners from Africa, the U.S. and around the world. Africa in the Media is the inaugural research project, with an initial focus on measuring U.S. media depictions of the continent and their impact on U.S. attitudes and engagement with the region.

Although a 2015 global Pew survey revealed that Africans were among the world’s most optimistic about their economic prospects, Africans and experts of the region argue that Western news and entertainment media still focus predominantly on disease, poverty, corruption, famine, armed conflict and stories about Westerners who appear as saviors. This despite the fact that African innovation, entrepreneurialism, music, fashion, art and a new generation of creators, innovators and business leaders are increasingly making their mark on the world stage.

Recognizing that media can greatly influence the way people form opinions, The Africa Narrative seeks more balance, diversity and nuance in Africa storytelling that does justice to realities of the continent and its 54 countries. As a first step toward that goal, Africa in the Media aims to understand African depictions and ultimately their impact on African tourism, trade and investment.

“We believe that large-scale, data-driven media research like this is essential to understanding the role that media plays in shaping audience attitudes,” says Johanna Blakley, managing director of the Lear Center. “There are discernible trends in media representations, just as there are trends in fashion. This study captures the current picture of Africa. Its findings are intended to provide insights for American media makers and help inform their consideration of African storytelling.”

With support from the Ford Foundation, researchers at the Lear Center’s Media Impact Project conducted a major content analysis that involved some 700,000 hours of television news and entertainment and 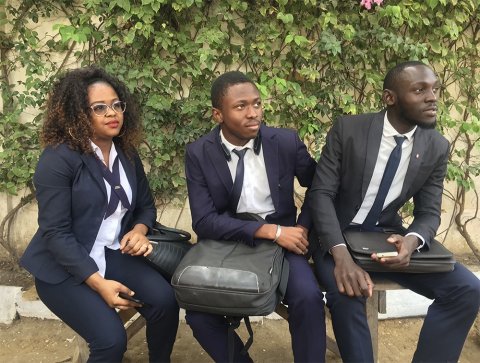 Images as part of a series of stories of African Narratives.
Photo by: Ricci Shryock

1.6 million Twitter posts over the month of March 2018. These were monitored for mentions of “Africa,” “African,” or the names of any of the continent’s 54 nations. Content was analyzed for a range of factors designed to reveal not just the number of Africa mentions but also their content and tone. Partners from BrandsEye, a global opinion-mining company, analyzed the tweets for their sentiment. Results confirm the argument that Africa is mostly ignored and widely stereotyped in the media when it does appear.

“There is an emerging movement — often led by African diaspora entertainment figures — to bring authentic African storytelling to American and global audiences,” adds Michelle van Gilder of CrissCrossGlobal. “But clearly, there is opportunity for a much broader contribution in expanding African narratives.”

Social media is invaluable for obtaining unfiltered public opinions, says JP Kloppers, CEO of BrandsEye: “Unlike other public opinion research, social media data is unsolicited and accurately captures how people feel, without the bias of a questionnaire or a focus group moderator.”

Key findings from Africa in the Media report

Depictions of Africa are broadly negative

Africa as a country 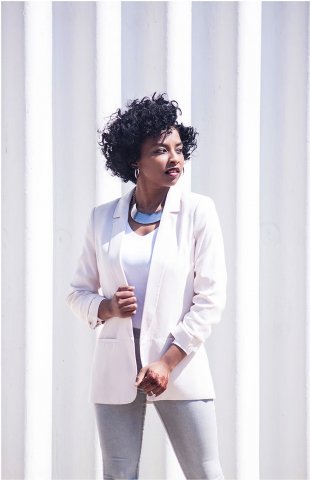 Images as part of a series of stories of African Narratives.
Photo courtesy of: The Africa Narrative

Out of a continent of 54 countries, five nations grab the bulk of attention:

Researchers did not track every reference to the top-grossing film Black Panther, only those that accompanied a keyword related to “Africa.” Even with that restriction, coverage of Black Panther exceeded that of African travel, sports, education, health and environment in all programming. Black Panther’s fictional African homeland, Wakanda, would have placed fourth behind Egypt, South Africa and Kenya in our rankings of most mentioned countries. Viewers were equally likely to see Africa-related references to the film as they were to see coverage of Trump’s “s***hole” comment about Africa during that same time period.

Some shows get it right

Encouragingly, the research uncovered some rich sources of storytelling and identified African characters that have emerged in recent years in Hollywood scripted entertainment that counter stereotypes historically associated with Africans. These include the erudite Nigerian moral philosopher Chidi on NBC’s The Good Place; Dayana Mampasi, a Zimbabwean human rights lawyer turned CIA agent played by South African Pearl Thusi in Quantico, an ABC series that ran from 2015-2018, and Mina Okafor, the brilliant doctor of Fox’s The Resident portrayed by Guyanese-born Shaunette Renee Wilson.

The Africa Narrative is an ongoing, multi-year effort. Building on initial support from the Ford Foundation, it will continue to conduct research, spearhead communications campaigns, and collaborate with private, public and non-profit partners to advance Africa storytelling and ultimately improve engagement with the continent. Join their mailing list to learn more about their work on The Africa Narrative and other projects of the Norman Lear Center Media Impact Project.

To read the full Africa in the Media full report, click here; to read a summary of the key findings, click here; for The Africa Narrative’s report on how President Trump’s “sh**hole” remark changed the conversation on Twitter, click here.