-->Skip to main content
COVID-19 updates: USC | USC Annenberg
News»Research And Impact
USC experts talk about the importance of U.S.-China trade and how it affects the economy.
Illustration by: iStock
Research and Impact

Clayton Dube, director of the USC U.S.-China Institute, explains this latest phase of the trade war and how it might impact American consumers.

The ongoing U.S.-China trade war escalated this week, as Chinese officials responded to President Donald Trump’s decision to raise tariffs on $200 billion in Chinese imports with an announcement Monday that China will impose its own new levies on $60 billion of American products. Clayton Dube, director of the USC U.S.-China Institute, a program of USC Annenberg, explains this new phase of the trade war and the expected impact on American consumers. 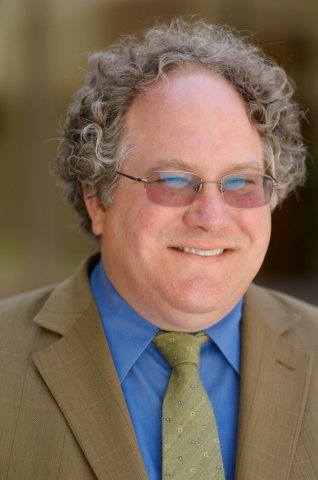 Clayton Dube
How essential is trade with China to the health of the U.S. economy?

The issues at stake merit the headlines the trade war is generating. It’s not possible to overstate the importance of U.S.-China trade to our two economies. While the current battle has already had a significant impact on certain industries in the U.S. and China, the long-term impact could be greater still and companies and consumers in both countries will suffer.

California exported $25 billion in goods and over $10 billion in services to China and Hong Kong in 2018. Tesla, for example, sold nearly $3 billion in cars in China — its second largest market after the U.S. Our aerospace industry will likely take a hit. Slowing trade with China is bound to affect the ports of Los Angeles and Long Beach. In 2018, about half the value of the goods handled at the ports was coming from or headed to China.

Will the average American feel the effect of these tariffs?

Consumers will pay more for many products, from fish and furniture to vitamins and virtual reality headsets. Chinese auto parts are found in many cars and some estimate new cars will cost $1,000 to $3,000 more. The U.S., especially California, enjoys a large surplus in our sales of services to China. In California, for example, we net more than $6 billion in our exports to China of travel and education services. In both of those instances, the customers actually come here to consume the services.

What’s the danger if this trade war continues?

Focusing on the trade balance sheet is a mistake. Despite President Trump’s focus on the U.S. trade deficit with China, the negotiations are not principally about current buying and selling, but rather about the most important and potentially profitable industries of the future. These include artificial intelligence, cloud computing, robotics and green tech. The U.S. is concerned that while China has had ready access to the U.S. market and to invest in the U.S., American companies (and other foreign companies) are locked out of these markets in China. The worry is that if China can protect its companies from competition at home, it will be better able to compete with U.S. and other firms outside of China. There is reason to doubt this logic, but there is no question that the strongest firms in such technologies will be highly profitable and influential.

What does each side in this standoff say they want?

The American side has been insisting on changes in Chinese laws to permit greater access to Chinese markets and bans on forced sharing of technology with Chinese firms, as well as fuller and more effective protection of intellectual property. The Chinese side wants the U.S. to accept pledges towards these aims, but the American side notes such pledges haven’t always yielded actual change. Of course, China notes that it has been more open in many regards than other countries and points to the many American companies making large profits in China selling to Chinese consumers. Those include iconic brands such as General Motors, KFC, Procter & Gamble and Apple.

Resolving the differences between the two sides is clearly not a simple matter. It is, however, in the interest of both.