Award-winning Mexican journalist León Krauze has the honor of co-moderating Mexico’s town-hall presidential debate in Tijuana on May 20. He will be the first Mexican journalist living in the United States to moderate such a debate, with the theme being “Mexico in the World.”

With 25 years of experience serving as a reporter and anchor in both Mexico and the U.S., Krauze is best-known known locally as an anchor at Univision. He is a weekly columnist for Mexico’s El Universal.

Krauze began his career as a sports journalist, but quickly moved into foreign affairs, writing, researching and reporting on migration patterns in the U.S. For the past two years, he has served as the Wallis Annenberg Chair in Journalism and has taught a class called “LA Casa: A Multidisciplinary Portrait of Family Life in Los Angeles” in which students report on the lives of those in the community surrounding USC. In 2017, he delivered the commencement address for the School of Journalism.

We sat down with Krauze to discuss this momentous occasion. 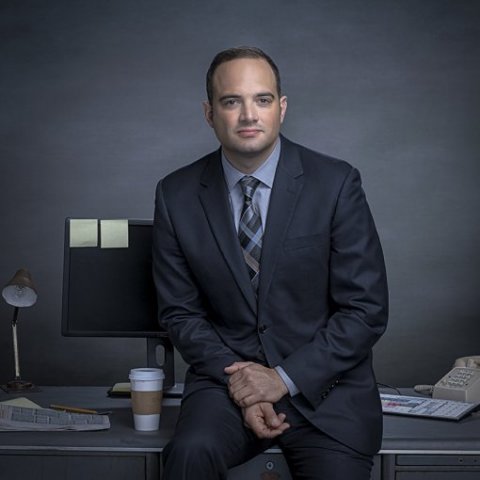 Photo courtesy of León Krauze
What does this opportunity mean to you?

It is both an immense privilege and it also carries an intense sense of responsibility. I will be the first Mexican journalist who is part of the Mexican diaspora, who represents the experience of the Mexican community in the United States. I am essentially representing the 30 plus million Mexicans who live in the United States, along with the 11 million Mexican immigrants and the over six million undocumented immigrants.

I will carry their voice, their concerns and their stories to the biggest stage of Mexican politics.

What are the major controversies taking place in Mexico and how will you focus on those in the debate?

For this debate, the two biggest stories in Mexico are corruption and violence. We will first touch on them, but in this particular debate, the topic is “Mexico and the World,” so we will look at how Mexico is linked to the world, particularly the United States. We will focus on the challenges of bilateral relationship, border security, the life of migrants and the experience of again, the large Mexican community in the U.S.

Mexicans who live within the country’s borders face a lot of challenges and deserve full attention. We are going through a very complex period — we have the first openly nativist president in the White House who has chosen to focus on Mexico from the very beginning. That within itself will provide enough topics to guide a lively and historic debate.

Are there any history-making events expected in this election?

Like every election, this is a crucial one. First of all, there is a big chance that a candidate from the left will emerge as the winner and that will be the first for a Mexican democracy — and for the history of the Mexican transition that began in the year 2000. When it comes to the bilateral relationship, we are in a moment that will require a tremendous imagination, from almost every perspective — social, cultural and diplomatic. And that’s why I believe this particular debate will be so important because the next president of Mexico will deal with Donald Trump for at least two years or, if re-elected, to a six-year term.

How have you personally prepared for this debate and how is this town hall debate different from others?

I’ve studied the debate format and spoken to a few colleagues who have moderated debates in the U.S. Of course, I have obsessively thrown myself into the analysis of the topics at hand. I think that’s the first obligation of a debate moderator: be even more prepared than the candidates are, even if our role is not to interview the candidates and not to get ourselves noticed. As moderators, we are there to keep the conversation going and keep the voters informed but that takes a considerable amount of preparation.

How will you ensure that the debate best produces the information the Mexican voters need and, if it starts to go astray, what’s your strategy to refocus the politicians?

A politician’s best friends are his or her talking points. The challenge lies in the way we frame the questions, formulate them and push when we feel the candidate has not really answered the question.

The candidates certainly have different ways of looking at the world and the country’s role in the world, even more so in this election than in previous ones. Our role is to underline those differences and allow the candidates to confront their different projects on stage and if they are not doing it, we should certainly push them toward it.

That requires a forceful role as the moderator, but let’s remember this is a conversation among the candidates. We have to be very careful not to confuse this debate for a Sunday talk show. It’s not a one-on-one interview or a one-on-five interview — this is a debate.

In your view, what would make this debate a success?

Because this is a town hall, if we manage the audience as they ask questions and try to pull the candidates away from their talking points and have them commit to specifics, that would be a success. I would also like to get a clear picture of how much the candidates really understand the challenges the Mexican community in the United States faces. In the end, it’s about keeping the electorate informed through the exchange and confrontation of ideas and projects.

Does America have a stake in who wins this election? How will it affect us?

There are different ideas of how Mexico should handle its relationship with the United States, the plays that the country should have in the world, and how the future president would handle his personal relationship with Donald Trump. Mexico and the U.S. are deeply linked in ways that very few people really understand — socially, culturally, economically and even politically. The outcome of the Mexican election is very important for the U.S. Probably after Moscow and London, Mexico is the most important embassy for Washington.