Can ‘Game of Thrones’ teach us about the meaning of life?

When the popular television series “Game of Thrones” ended last month, fans bemoaned the long wait until the final season. Speculation pegs next summer as the earliest possibility. In the meantime, posts on the dragon Viserion’s blue flames, memes on the hookup of fictional characters Jon Snow and Daenerys and chatter about potential battle strategies indicate that there is plenty to ponder.

It’s easy to see why the show has so many fans: Its episodes feature complex characters played by good-looking actors engaged in exciting battles rendered with state-of-the-art visual effects.

But as a scholar of American media and religion, I believe there’s something else going on as well: “Game of Thrones” storytelling gives its audience the opportunity to contemplate and debate fundamental concerns about the meaning of human life – issues that are central to all world religions.

The HBO show is based on science fiction and fantasy writer George R.R. Martin’s book series – “A Song of Ice and Fire” – and was adapted by writers David Benioff and D.B Weiss for television. It made its American debut in April 2011.

The plot, at its most basic, is a power struggle: who has it, who wants it and how they plan to get it. Interwoven are themes of honor, justice, revenge and redemption layered between issues of ethics, morality and familial bonds. Further complications involve incest, angry gods and avaricious bankers.

“Game of Thrones” has been lauded for its acting and production values, although, some critics have objected to graphic depictions of violence, torture and rape.

There’s no denying that the series is eminently entertaining. But, I would argue it’s also something more: an opportunity for viewers to reflect on the human condition.

“Game of Thrones” storytelling is both instructive and inspiring, encouraging viewers to evaluate their own lives and choices. Although it’s not divine revelation, the show, like many sacred texts, highlights men and women whose human frailties do not define them.

Take the stories in the Hebrew Bible, which many Jews, Christians and Muslims believe is the word of God. Biblical figures drink, deceive and engage in violence, incest and familial conflict. Jacob, for example, one of the biblical patriarchs, took his older brother’s birthright when he tricked their father into blessing him as the firstborn. David, the shepherd boy who became king of the united Kingdom of Israel and Judah, slept with another man’s wife, then sent the man to slaughter and married his widow.

Yet despite faults, these biblical heroes have a stirring sense of their duty, destiny and responsibility. They do their best and make their actions matter.

Stories like these, which have parallels in religions worldwide, enable believers to confront their own shortcomings and strive for lives of consequence. They remind us that even the greatest religious figures are human beings who succumb to temptation. 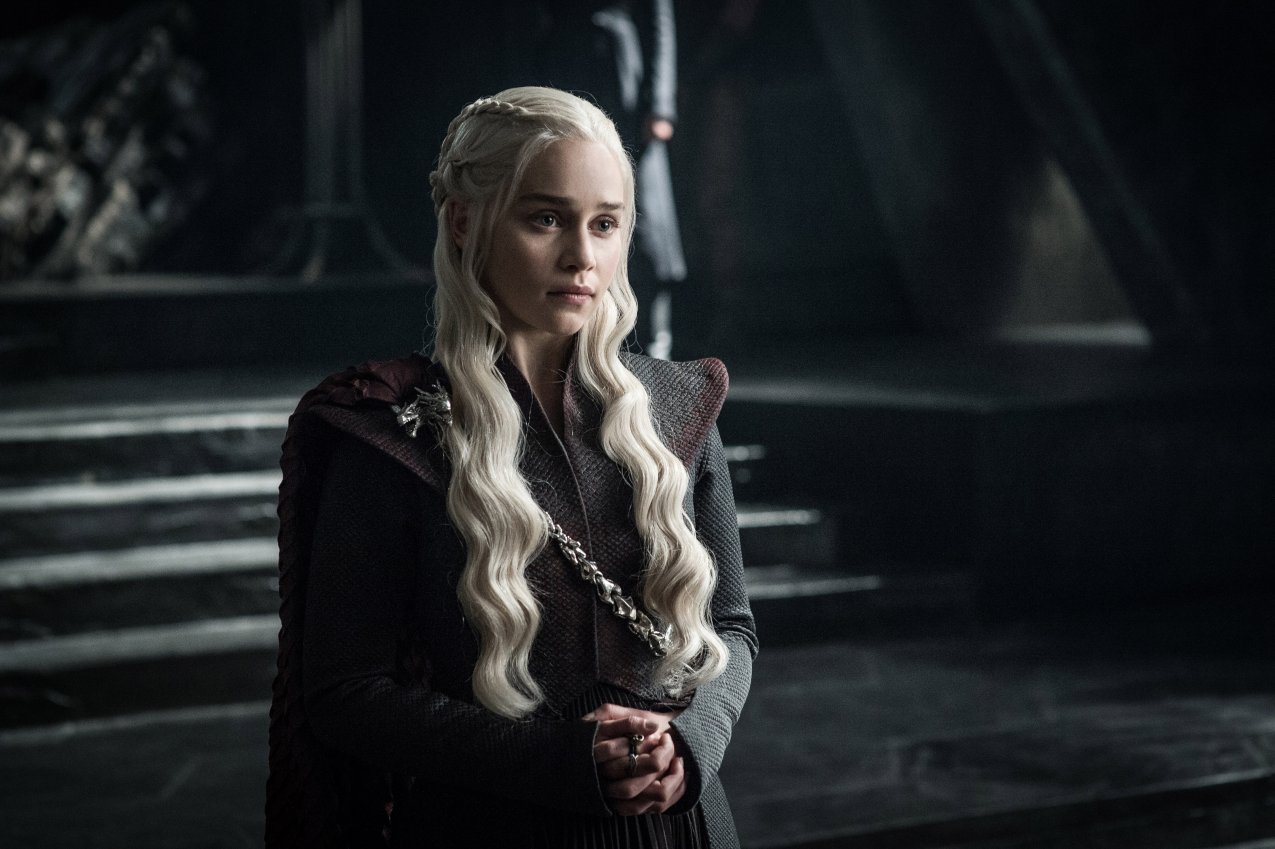 Likewise, “Game of Thrones” heroes strive for greatness amid trials of ego and enticements. Jaime Lannister, one of the bravest and most honorable knights in the Seven Kingdoms (the series’ setting), loses sight of his mission due to an incestuous relationship with his sister Cersei.

Daenerys Targaryen, called “Breaker of Chains,” seeks power so she can help others. Nevertheless, she ruthlessly kills those who stand in her way. And Jon Snow, who believes himself a bastard, is resurrected for an unknown purpose, thrust into leadership and tasked to lead a seemingly futile mission.

As viewers, we can spend hours on social media dissecting the how, what and why of these characters. They hold our imaginations because their quests for meaning, purpose and identity echo our own – albeit writ larger and with dragons.

And just like sacred texts that, for centuries, have helped believers reflect on right, wrong and the gray zone in between, “Game of Thrones” spurs audiences to see beyond their daily woes – and to consider the meaning and purpose of their own lives.

So why is the series so successful? People seek inspiration and instruction from popular culture when institutional religion no longer speaks their language. Music, art, literature, film and television fill a void for growing numbers of Americans who opt out of church or never had a religious affiliation.

Today, hip-hop artists regularly explore spiritual themes just as painters and filmmakers have done for decades. Television may have been deemed a “cultural wasteland” once, but digitization and the subsequent explosion of cable and streaming options have enabled a new golden age.

What would Jon Snow do?

These same questions, I argue, preoccupy many among “Game of Thrones” metaphysical musers: Can a compromised hero find his moral compass? Are children doomed by their parents’ mistakes? Do the gods care about humanity’s fate? The series, an alternative to the everyday world of bad boyfriends, sullen children and missed deadlines, offers wider possibilities for a fulfilling life.

Most of us will never ride dragons, walk through fire or face armies of the undead. But we may, in quiet moments, confront questions of meaning, identity and purpose and ask ourselves WWJSD – What Would Jon Snow Do?