Students in the third Summer Digital News Immersion program, held at Wallis Annenberg Hall, learned how to prepare for upcoming classes and for stints in The Julie Chen/Leslie Moonves and CBS Media Center. This summer’s project theme was California and the 2016 election, which was reflected in stories that ranged from the state's impact on national campaign fundraising to the role of memes in a modern politics.

“We introduce them to a lot of things, they get reinforcement,” Vince Gonzales, professor of professional practice in M.S. Journalism and coordinator of the M.S. Journalism program, said. “It’s getting them set up for the fall, and learning our software and the mobile apps we use.”

“We did the Immersion Program again because it really does foster a sense of community among the students,” Gonzales said. “It used to be the Specialized Journalism and Specialized Journalism (The Arts) didn’t work together, and the M.S. students worked elsewhere. Now they all know each other from the Media Center. It definitely creates some bonds.”

During the four weeks, students brushed up on bedrock reporting and writing skills, but were also introduced to new forms of storytelling using virtual reality, social media and video. Every class section was staffed with a digital instructor, an audio and video instructor, and a writing and editing focused instructor.

One of the participants, Billy Rehbock (M.S. Journalism ‘17) has a background in English and history and was eager to participate in the Immersion program in order to strengthen his video and audio skills. His group’s project looked at California-based millennials and what drives their level of political activity and engagement.

“Specifically, we are talking about L.A.'s millennials and how they’re interacting on a local and national scale,” Rehbock said.

For another Annenberg student, Zara Abrams (M.S.J. in Science ‘17), the immersion project laid a strong foundation for the specialized work she'll begin doing in the fall.

“That’s everything from their vote, to their donations, to their volunteer work to the interaction between those and how the state influences Presidential Elections,” she said. “It’s been great to collaborate.”

Lisa Pecot-Hébert, lecturer in broadcast and multimedia journalism, likened the four weeks of immersion to “an appetizer platter.”

“We are giving everyone a little taste of everything they’re going to be using during the year, but it’s not really a full meal,” she said. “It introduces them to concepts, a fair amount of technology and basic writing skills…”

Ultimately, Pecot-Hébert said the immersion program teaches the students to get out of the “silo mentality.”

“I think it’s a wonderful experience,” she said. “Professors are also learning from each other because none of us know all of this. It’s interesting to work with colleagues and co-teach and feed off of each other.”

Please view photos from the Immersion in the gallery below:

PHOTOS: An appetizing Taste of Annenberg 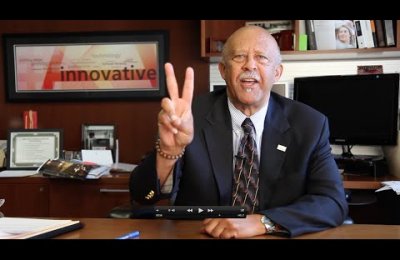