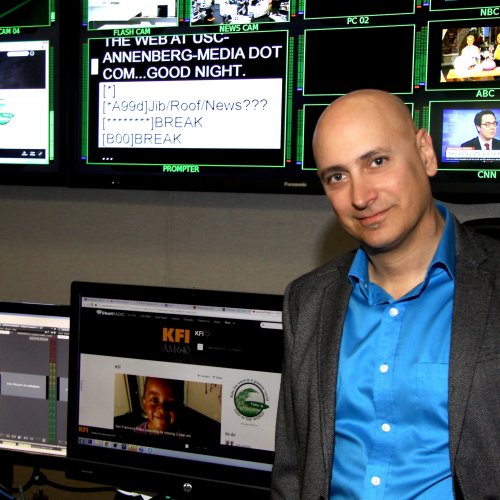 Robert V. Kozinets is the Jayne and Hans Hufschmid Chair of Strategic Public Relations at USC Annenberg, a position he shares with the USC Marshall School of Business. Previously, he has been a marketing professor at Northwestern University’s Kellogg School of Management, the University of Wisconsin-Madison’s Wisconsin School of Business, and York University’s Schulich School of Business. He has been widely recognized as an educator, winning the coveted Sidney Levy Teaching Award at the Kellogg School and the Seymour Schulich Teaching Award in Canada. He has also taught courses and classes in Sydney, Istanbul, Rio de Janeiro, Dublin, Bergen (Norway), Glasgow, Paris, Geneva, Auckland, and Tokyo.

His mission at USC is to build academic and popular understanding about the social and economic impacts of our new digital communications systems. In particular, his most recent research investigates the cultural effects of new technologies of personal and corporate branding. Rob currently teaches the public relations research course at Annenberg, but in the past he has created and taught courses on social media marketing, new product development, consumer behavior, marketing research, brand management, consumer culture theory, and entertainment marketing. He is preparing a new, world-class course on digital anthropology to deliver at USC in 2017.

Rob is a globally recognized expert on social media, marketing, branding and innovation. In 1995, during his dissertation work on media fan communities, he invented the method of netnography, which adapts the anthropological approach of ethnography to work with the many types of social experience and interaction that emerge through networked digital communications. In the two decades since he first created and shared this new method, netnography has been adopted by academic researchers working in computer science, sociology, geography, library sciences, nursing, health sciences, psychology, addiction research, anthropology, marketing and consumer research. In addition, Rob has worked with companies and organizations around the world to help establish netnography as an important research technique in the toolkit of forward-thinking marketing and advertising agencies as well as the internal consumer insight departments of leading-edge corporations.

Besides inventing netnography, Rob has authored and co-authored over 150 pieces of research on the intersection of technology, media, brands, and consumers. His research examines topics such as social branding, word-of-mouth marketing, themed retail spectacle, media consumption, technology ideologies, brand archetypes, utopian consumer culture, capitalist emancipation, and consumer activism through investigating sites such as Star Trek and Star Wars fandom, ESPN Zone, the American Girl brand, Wal-Mart, Volkswagen, mobile device use, digital social networks, and the Burning Man project. This research has been published in a wide variety of widely-cited top-tier academic articles, book chapters, popular press articles, case studies, videographies, and even poetry. Seeking to spread the word about his research and ideas, he has maintained a blog about these topics, tweets often, Instagrams once in a while, and has been known to SnapChat.

His academic contributions also include four books. Consumer Tribes looks at the way society has changed to include smaller groups of individual who are united by their consumption interests, such as fans and brand communities. 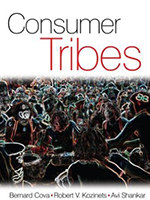 Qualitative Marketing and Consumer Research is a Sage Methods book which provides hands-on instruction and exercises that guide researchers through the main qualitative research techniques, including interviews, projective techniques, ethnography, observation, and netnography. Netnography: Doing Ethnographic Research Online was written in 2010, and details in a practical manner how to rigorously conduct netnographic research. In  2015, Rob recreated netnography for a more sophisticated age of social media and personal academic branding, and published the results in Netnography: Redefined. He is also the co-author of a consumer behavior textbook. 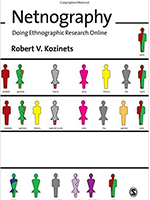 Rob is frequently cited in the international press, and has been quoted or featured in the New York Times, Chicago Tribune, Newsweek, Germany’s Handelsblatt, Brazil’s Bites Magazine, Canada’s National Post, New Zealand’s The Independent, Australia’s Boss Magazine, and on the Discovery Channel and the CBS National News.

Currently, he is Associate Editor of the Journal of Consumer Research and the Journal of Retailing, as well as an Academic Trustee of the Cambridge-based Marketing Science Institute, an organization which brings together researchers and marketing managers to share ideas and insights. He is the Industry seat on the Board of Directors of the Association for Consumer Research, the largest and most influential marketing and consumer research gathering in the world. He is also a past Associate Editor of the field-leading Journal of Marketing. On the industry side, he has extensive speaking, training, and consulting experience with a range of global companies and organizations, including American Express, HSBC, TD Banking and Financial Group, Merck, Sony, Nissan, eBay, Campbell Soup, and L’Oréal.