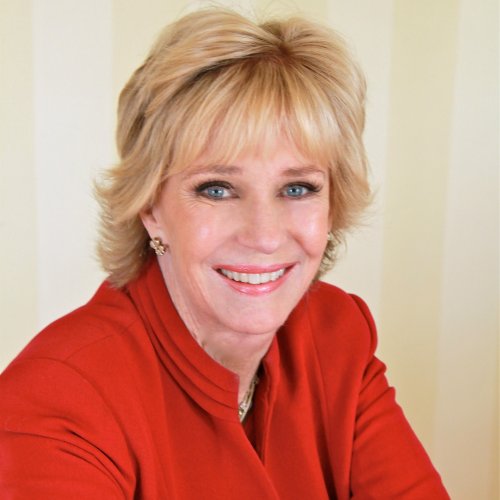 Mary Murphy is a print, television and digital journalist, whose latest book, The New News: The Digital Revolution in Newsrooms across America will be released in 2020. She writes a column for The Wrap called “Now and Then” about the state and history of Hollywood. She also hosts a live chat about Blockbuster movies and TV show reviews, for the GoodTalk app called “M&M” with her screenwriter daughter.

Beyond the classroom, Murphy sits on the board of directors for the Broadcast Television Journalists Association and is a member of the Critics’ Choice Documentary Awards Nominating Committee.

Murphy has appeared extensively on TV shows such as Today, Good Morning America, CNN’s Show Business Tonight and was on the staff of Entertainment Tonight and The Insider as both producer and on-air talent. Murphy has been a frequent contributor to USA Weekend Magazine, The New York Post, The Hollywood Reporter, The TV Guide Network and the website It’s So Hollywood.

Murphy began her career as a daily newspaper reporter for The St. Louis Post-Dispatch and then moved to The Los Angeles Times for eight years. She then switched from newspapers to magazines and became a correspondent for New York/New West Magazine.  She was the West Coast Roving Editor for Esquire Magazine. She was the senior writer for TV Guide, covering all aspects of the media from prime-time television to sports to Presidential elections. For TV Guide Murphy was on the campaign trail and covering stories on Presidents George Bush, Bill Clinton and Presidential candidates John Kerry, Al Gore and Bob Dole. Murphy has chronicled the role of women political reporters on the campaign trail that had often been described as ‘boys on the bus.’

In 2007 she served as the Entertainment Editor for MyTime.com and was responsible for shooting video and writing a daily blog about the entertainment industry.

Murphy is the co-author of the book Blood Cold, an investigation of the Robert Blake murder scandal. She is currently working on a book about journalists who cover the Entertainment Industry.

Murphy was named alumnae of achievement by Fordham/Marymount University and now serves on their Board of Directors.

She taught an important course on the homeless crisis in Los Angeles, a life-long interest based on her loyal support of The Midnight Mission’s life-saving programs and services. She was instrumental in helping to raise millions of dollars to build the Mission’s current facility and chaired the communications and cultivations committee for the capital development program, Building a Home for Hope. Her excitement and passion for helping people experiencing homelessness inspired Wallis Annenberg to make a major contribution to the Mission, naming its library in the new building in Murphy’s honor.