Jonathan
David
Aronson
Professor of Communication and of International Relations

Professor Aronson studies international political economy with special attention to trade negotiations, trade in services, comparative regulation, international strategic alliances and international telecommunications. His most recent book, Managing the World Economy: The Consequences of Corporate Alliances, considers how changes in the way the world economy works will force governments to find new ways to conduct their international economic relations after the Uruguay Round of multilateral trade negotiations. He also studies how the globalization of telecommunications networks is influenced by intellectual property, standard setting, and competition policy issues and the implications of these changes for regulation, privacy and the digital divide.

He is the co-author (with Peter Cowhey) of Digital DNA: Disruption and the Challenges for Global Governance (Oxford University Press, 2017). Digital DNA explores the implications of the Information and Production Disruption for Global Governance. It also argues that information and communication innovations have transformed both service industries and manufacturing industries globally. National economies have been transformed everywhere, raising huge issues for global governance. New trade issues, including the cloud, cybersecurity, and privacy are addressed. Aronson and Cowhey’s book suggests a way forward.

His 2009 book Transforming Global Information and Communication Markets: The Political Economy of Innovation (also with Peter Cowhey, MIT, 2009) explains how innovation in information and communication technology (ICT) fuels the growth of the global economy. It suggests that the interests of all ICT suppliers and consumers are changing rapidly due to the diffusion of Internet, wireless, and broadband technology; growing modularity in the design of technologies; distributed computing infrastructures; and rapidly changing business models for IT industry leaders. It posits that the direction of the evolution of ICT markets depends on politics and policy. Aronson and his collaborators argue that continued rapid innovation and economic growth requires new approaches in global governance that will reconcile diverse interests and enable competition to flourish. This book is available under a Creative Commons Attribution — Noncommercial — Share Alike 3.0 license. It can be accessed here.

Aronson graduated from Harvard University and received his PhD from Stanford University.  He was awarded an honorary doctorate from Saint Petersburg State University.

I published Transforming Global Information and Communication Markets: The Political Economy of Innovation with Peter Cowhey in 2009.

online version of this work is available free of charge as a PDF file under a Creative Commons Attribution – Noncommercial – Share Alike 3.0 license.

The print version is available for purchase from MIT Press and Amazon.

Visit the book website by clicking on the book cover. You can also view a video of a presentation pertaining to the book in the Presentations section of this website. 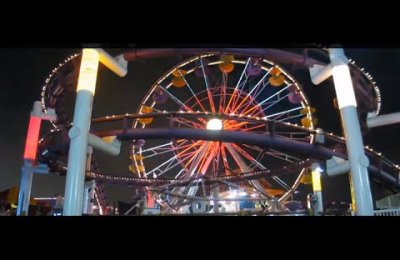