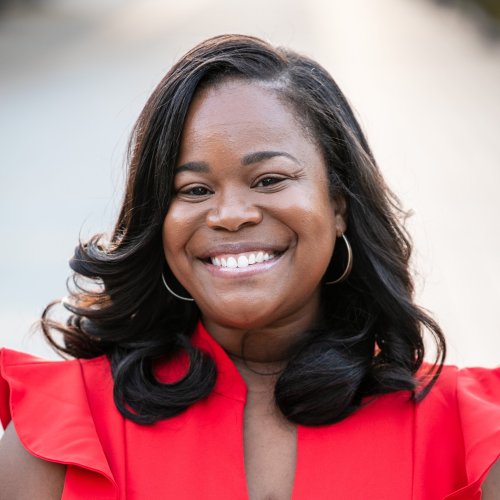 Allissa V. Richardson is an assistant professor of journalism at the USC Annenberg. She researches how marginalized communities use mobile and social media to produce innovative forms of journalism — especially in times of crisis.

Richardson is the author of Bearing Witness While Black: African Americans, Smartphones and the New Protest #Journalism. The book explores the lives of 15 mobile journalist-activists who documented the Black Lives Matter movement using only their smartphones and Twitter, from 2013 to 2017.

Richardson’s research is informed by her award-winning work as a journalism instructor. She is considered a pioneer in mobile journalism (MOJO), having launched the first smartphone-only college newsroom in 2010. The MOJO Lab, based on the campus of Morgan State University in Baltimore, expanded globally in 2011 to include classes for allied nonprofit organizations in Morocco and South Africa.

The National Association of Black Journalists (NABJ) recognized Richardson as its 2012 Journalism Educator of the Year for her international work. She is also an Apple Distinguished Educator, and the recipient of the prestigious Harvard University Nieman Foundation Visiting Journalism Fellowship.

Richardson’s research has been published in Journal of Communication, Journalism Studies, Convergence, The Black Scholar and many other venues. Richardson serves on the editorial boards of Digital Journalism and the International Journal of Communication. She is an affiliated researcher with New York University’s Center for Critical Race and Digital Studies (CR + DS).

Richardson holds a PhD in journalism studies from the University of Maryland College Park; a master’s degree in magazine publishing from Northwestern University’s Medill School; and a bachelor of science in biology from Xavier University of Louisiana, where she was named a “Top 40 Under 40” alumna.

“Dismantling respectability: The rise of new womanist communication models in the era of Black Lives Matter,” author (Journal of Communication, 2019).

“The Poitier effect: Racial melodrama and fantasies of reconciliation by Sharon Willis,” author (The Black Scholar, 2018).

“The myth of post-racialism in television news, by Libby Lewis,” author (The Black Scholar, 2017).

“The Platform: How Pullman porters used railways to engage in networked journalism after the Great War,” author (Journalism Studies, 2016).