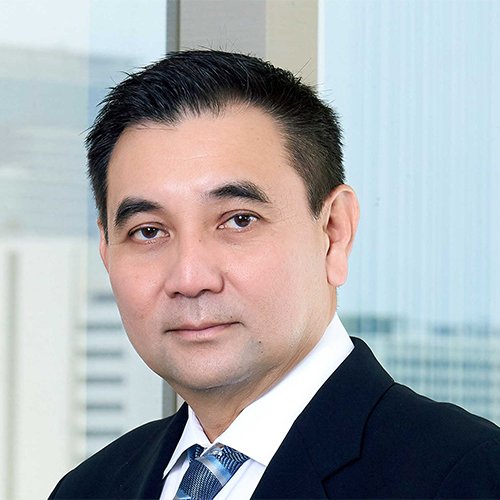 Sarath Ratanavadi is the founder and chief executive officer of Gulf Energy Development, a leading Thai energy company with domestic and international projects.

With a career spanning nearly 30 years, Ratanavadi has developed a number of power projects in Thailand and the Southeast Asian region with a combined generating capacity of over 12,000 megawatts. Under his leadership, the Gulf group of companies has now grown to include more than 50 subsidiaries and associates operating over 30 power projects as well as other energy and non-energy related businesses. With a core management that has been engaged in the power generation industry for over two decades, Gulf is a key provider of safe, reliable energy in Thailand and is currently expanding its work internationally with conventional and renewable power projects in Asia.

Ratanavadi believes that true success is not just about building a strong company, but also about building a strong society. Thus, he has ensured that Gulf operates on a foundation of good corporate governance and corporate social responsibility (CSR), with philanthropy playing an important role as part of both his personal and professional values. Through various initiatives under Gulf Energy Development and the Thailand Energy Foundation, Ratanavadi has made significant contributions to social development causes, with a special focus on education, health and sports.

Outside of the business world, Ratanavadi has put his communication and management skills to good use in his leadership roles at NIST International School (Bangkok), one of Thailand’s most prestigious schools. He served as Chairman of the Executive School Board from 2008 to 2016 during which he led the complete renovation and expansion of school facilities. Following that success, Sarath now serves as the Chairman of the school’s governing Foundation Board, which is responsible for overseeing a large portfolio of assets and revenue, growing the institute’s networks and developing strategic plans for the future.

Sarath received his MS in Engineering Management from the USC Viterbi School of Engineering and is the parent of Saris Ratanavadi, a recent graduate of the USC Annenberg School for Communication and Journalism.