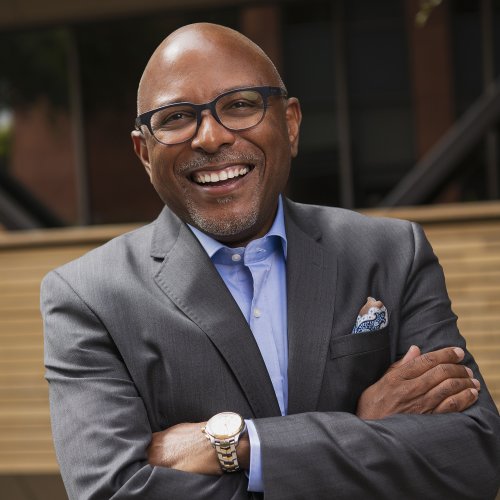 Previously, Richardson led HR at ESPN from 2007–2021, where he supported 50 different business units. He was a member of the ESPN Board of Directors and Executive Committee, and oversaw ESPN’s Corporate Citizenship team, which is responsible for strategic community investments, cause marketing programs, collaboration with sports organizations and employee volunteerism, as well as worldwide global security and facilities operations.

Richardson also served as the first chief diversity officer for Disney from 2011 to 2017, partnering with leaders across the company to implement global D&I strategies. He launched numerous programs and initiatives, including Disney’s signature Heroes Work Here program, through which the company employed more than 10,000 veterans, and its Veterans Institute workshops for employers looking to establish their own military hiring and development programs; the Global Workplace and Women’s Initiative; and a growth initiative targeting U.S. Hispanics. Under his direction and leadership, ESPN has also launched diversity initiatives including a Women’s Leadership Conference, nine Employee Resource Groups, and an Executive Diversity Council. In 2019, he initiated Disney’s Black Employee and Consumer Experience to increase Black employee representation, enhance development opportunities for Black executives, and make the company’s content and products more relevant to Black consumers.

He received a NAMIC Luminary Award in 2010. From 2010–2020, CableFAX: The Magazine named him to its Most Influential Minorities in Cable list. Richardson has served as an advisor to the California State Summer School of the Arts and as a board member of the Cable and Telecommunications Human Resources Association.