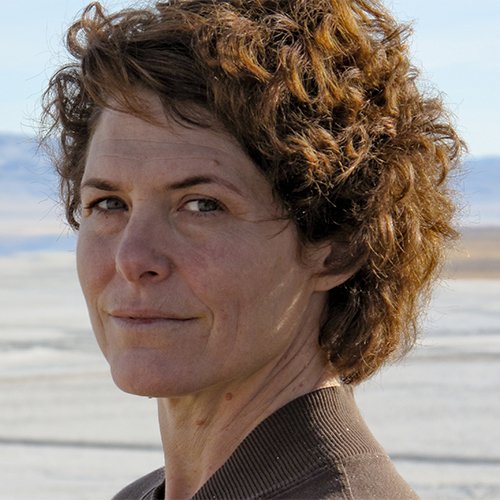 Director, The Annenberg Foundation; Board of Councilors, USC Annenberg

Lauren Bon’s Metabolic Studio is a powerful force for innovation that galvanizes paradigm shifts in the role of artists within complex bureaucracies. The actions generated by Metabolic Studio are global in focus and reach: developing new tools for urban living and city planning; inventing novel social practices for political and environmental justice; and directing art practice to engage on the same scale as society’s capacity to destroy.

Bon’s current project, Bending the River Back Into the City, culminates thirteen years of her commitment to reconnecting the L.A. River to its floodplain, and a constellation of acts of restitution — of soil and water, rightful responsibilities to our environment, and the reunification of the human spirit with its material survival. This journey began with Not A Cornfield in 2005–06 on the site of the recently-opened Los Angeles State Historic Park. The California State Parks permitted the transformation of the derelict train yard, a place incapable of supporting life, into a thriving commons and creating the possibility for a deeper public consciousness and a sense of shared stewardship of this site — the historic floodplain of Yaangna.

Bon and The Metabolic Studio have been working since 2008 at the foothills of Mount Whitney, at the source for the L.A. Aqueduct. Metabolic Studio’s actions have included One Hundred Mules Walking the L.A. Aqueduct — a month-long action to commemorate the opening of the L.A. Aqueduct while acknowledging the labor of the mule, without which the construction between 1905-1913 would not have been possible. This work draws the line between the snow-packed Sierra and the city of L.A. The Los Angeles DWP granted permits for this artist-action — allowing Bon to delineate the journey of the hydraulic infrastructure between Los Angeles and the source of its water from the Eastern Sierra, with a procession of one hundred mules.

This performative action was a prelude to Metabolic Studio’s Bending the River Back Into the City — an infrastructural monument that aims to regenerate a small section of L.A. River’s wastewater, cleansing and redistributing it to a network of parks. The Los Angeles State Historic Park, which historically would have been a flood plain, will again be reconnected to the river. The Metabolic Studio has determinedly followed the long path of obtaining federal, state, and local permits and Los Angeles’s first private water right in order to make this happen. Poised to break ground next year, an inflatable dam will be placed in the L.A. River, and the water lifted using a waterwheel.

Bending the River Back Into the City is an act of regeneration that will utilize native floodplain plants and provide water to a network of parks without financial charge — re-contextualizing philanthropic action with potable water as its currency, and directly supporting and connecting neighborhoods with public spaces come drought or flood. Lauren Bon is a crucial voice in the long-term conversation about revitalizing the L.A. River watershed in the industrial corridor of Los Angeles. Furthermore, her work calls for the art world and the philanthropic world to think beyond their established modalities and create the potentiality in ex-urban environments.  Bon invites and demonstrates us to consider the relationship between state, city and private lands — and public access to them — and the role of private citizenship in the necessary movement towards supporting all living things.